Watch: DIA Reminisces About “The Blinding Past” In Touching Comeback MV On 7th Debut Anniversary

DIA has made their long-awaited return!

On September 14 at 6 p.m. KST, DIA released their single “Rooting For You” along with the music video for the title track in celebration of their seventh debut anniversary.

With lyrics by Huihyeon, “The blinding past” conveys DIA’s affectionate feelings toward the members and fans who have been together for seven years.

DIA has announced the release date of their first comeback in over two years!

On September 6 at midnight KST, DIA shared a schedule for the month, which shows the group’s upcoming comeback with “Rooting For You” on September 15, one day after their debut anniversary!

“Rooting For You” will feature two tracks and the group will start comeback promotions on September 17 with “M Countdown” then follow with “Music Bank,” “Music Core,” and “Inkigayo.”

The schedule teaser also features messages from all six members to their fanclub AID. Jung Chaeyeon wrote, “To AID who have allowed us to shine. Everything was possible because we were with AID…and these have really been miracle-like, dream-like days for me. Thank you for always believing and believing in me…and always being on my side. AID, who has been my support and my closest friend. Thanks to you, I smiled lots and was happy.”

Yebin wrote, “It’s already the seventh year that we’ve walked together. Thank you so much for always walking beside us at the same pace, no matter where and when.” Eunice shared, “Like a simple and enjoyable friendship that feels like we met up yesterday even though it’s been awhile, I want to always be a happy memory to AID.”

In Eunchae’s message, she wrote, “To the point where I wouldn’t be able to answer if someone were to ask me about my happiest or most memorable moment, every moment of every memory and experience with AID is so precious.” Ki Huihyeon shared, “As I watched from afar those who have watched over us by our side, while I knew [how you felt], I don’t think I was able to take care of your heart so I only feel sorry and thankful.”

Lastly, Jueun wrote, “It was such a big blessing for me to become DIA and meet AID. In the future, I will become a cool person who can return as much as I received. Thank you and I love you!!” 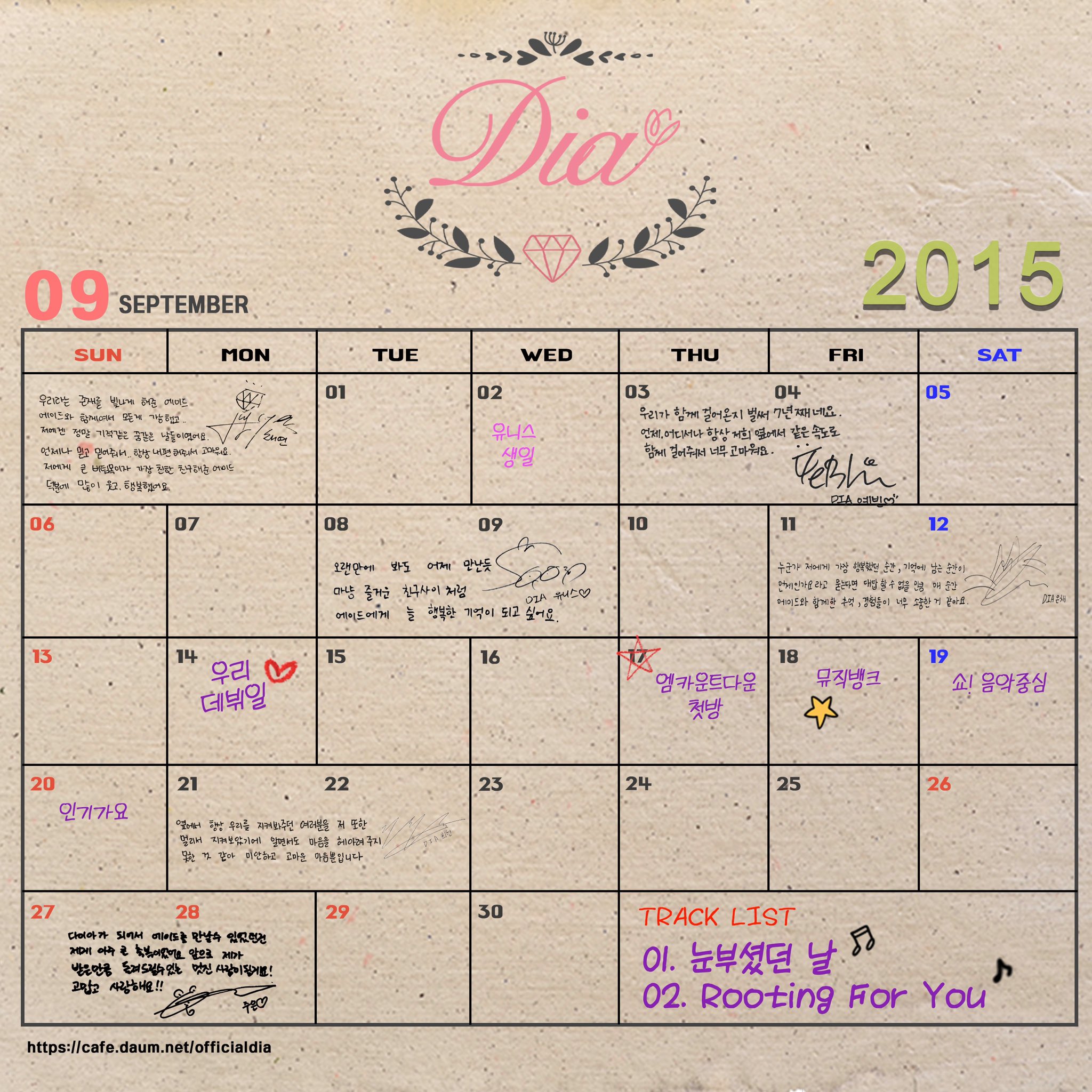 In August, DIA’s agency confirmed the group’s upcoming comeback and made a brief statement about the members’ contract expirations. As the comeback was initially announced for August, it is unknown whether this upcoming September release will be their last as DIA.

“Rooting For You” will be DIA’s first comeback in nearly two years and three months. Their last release was a unit comeback with members Eunice, Eunchae, Jueun, Huihyeon, and Yebin with their sixth mini album “Flower 4 Seasons.”

What are you hoping for from DIA’s upcoming release?