Circle Chart (formerly known as Gaon Chart) has revealed its chart rankings for the week of September 4 to 10!

ONEUS topped this week’s physical album chart with their new mini album “MALUS,” which debuted at No. 1. “MALUS” also swept three out of the top five spots on this week’s chart: the POCA version of the mini album charted separately at No. 4, while the META version entered the chart at No. 5.

IVE’s third single album “After LIKE” climbed back up to No. 2 this week, followed by SHINee’s Key’s solo album “Gasoline” at No. 3. 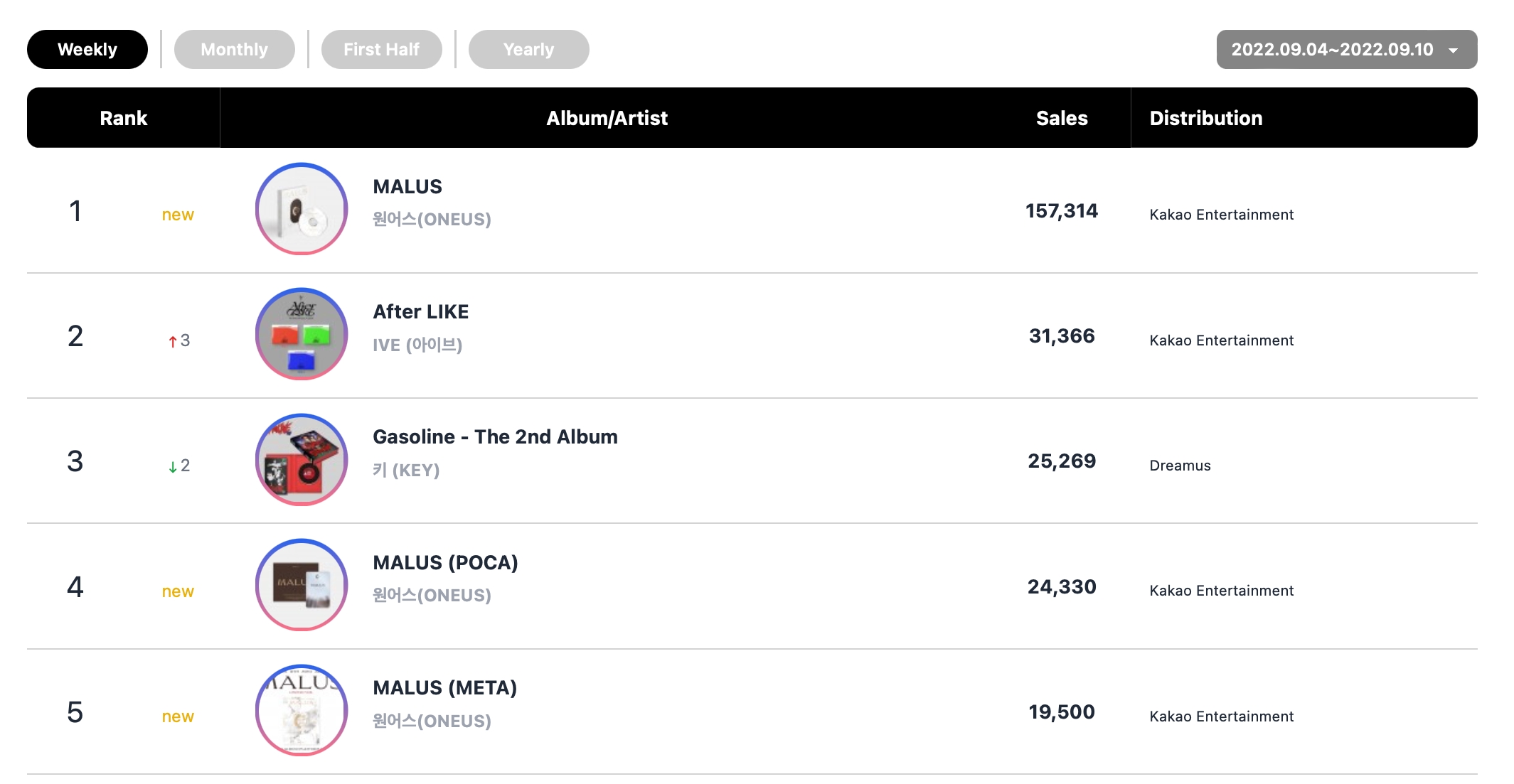 The top five songs on this week’s overall digital chart and streaming chart were exactly the same, with no changes from last week.

IVE maintained their double crown, topping both charts for the second consecutive week with their smash hit “After LIKE.”

NewJeans’ “Attention” and “Hype Boy” remained No. 2 and No. 4 respectively on both charts, while BLACKPINK’s “Pink Venom” stayed strong at No. 3 and Girls’ Generation’s “FOREVER 1” held steady at No. 5. 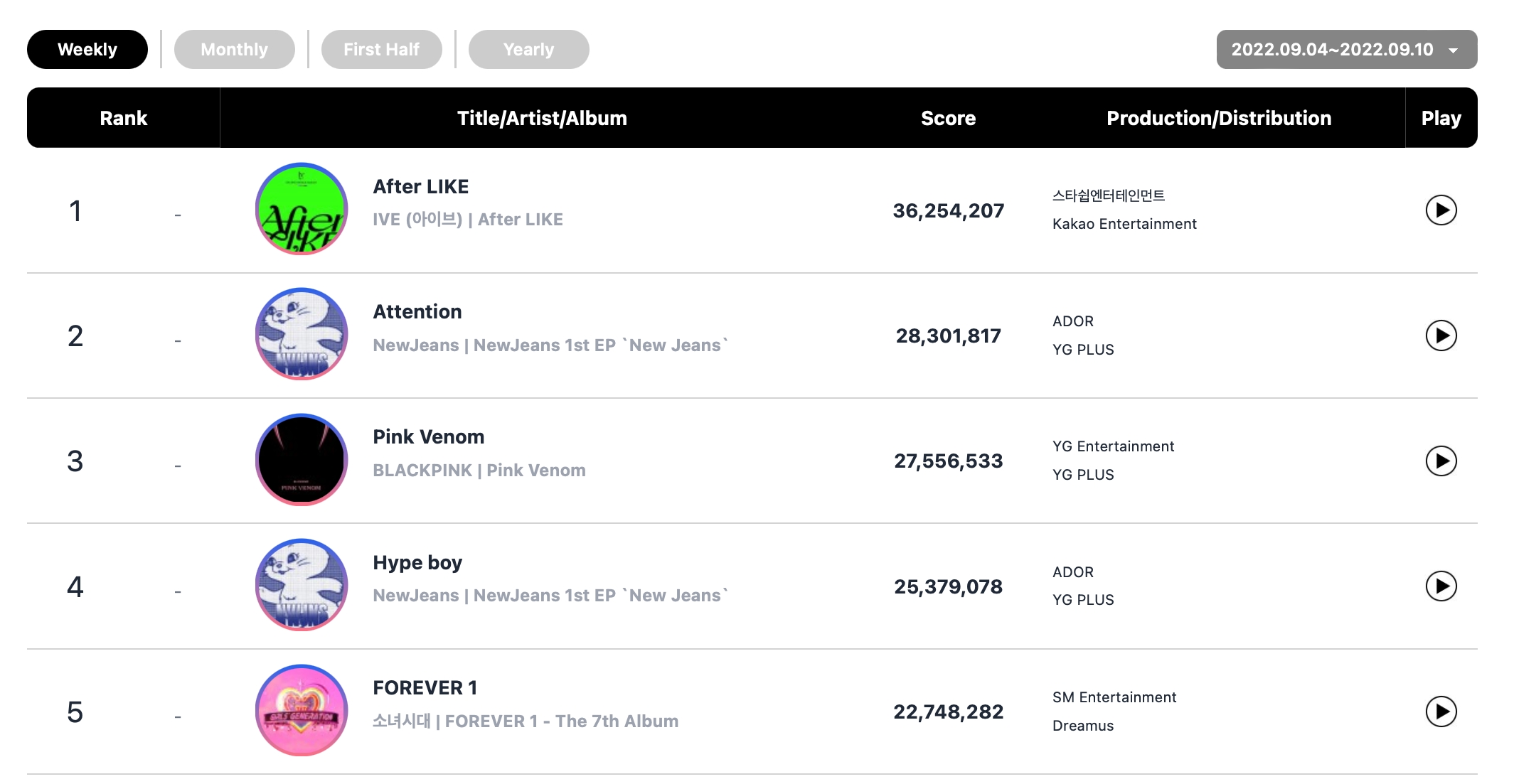 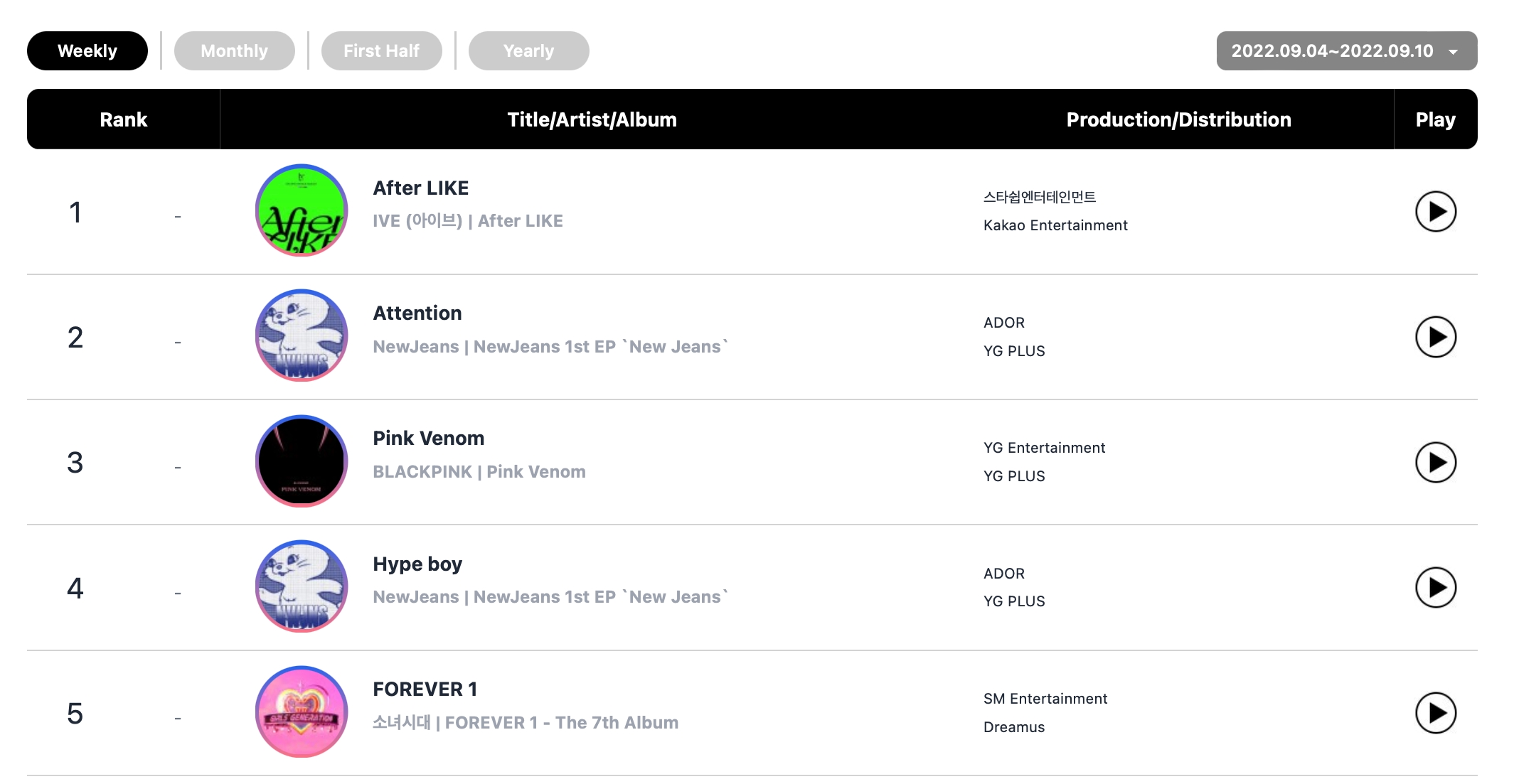 Kim Ho Joong swept the top two spots on this week’s digital download chart, with his new songs “Beautiful life” and “Sad Silhouette” debuting at No. 1 and No. 2 respectively. 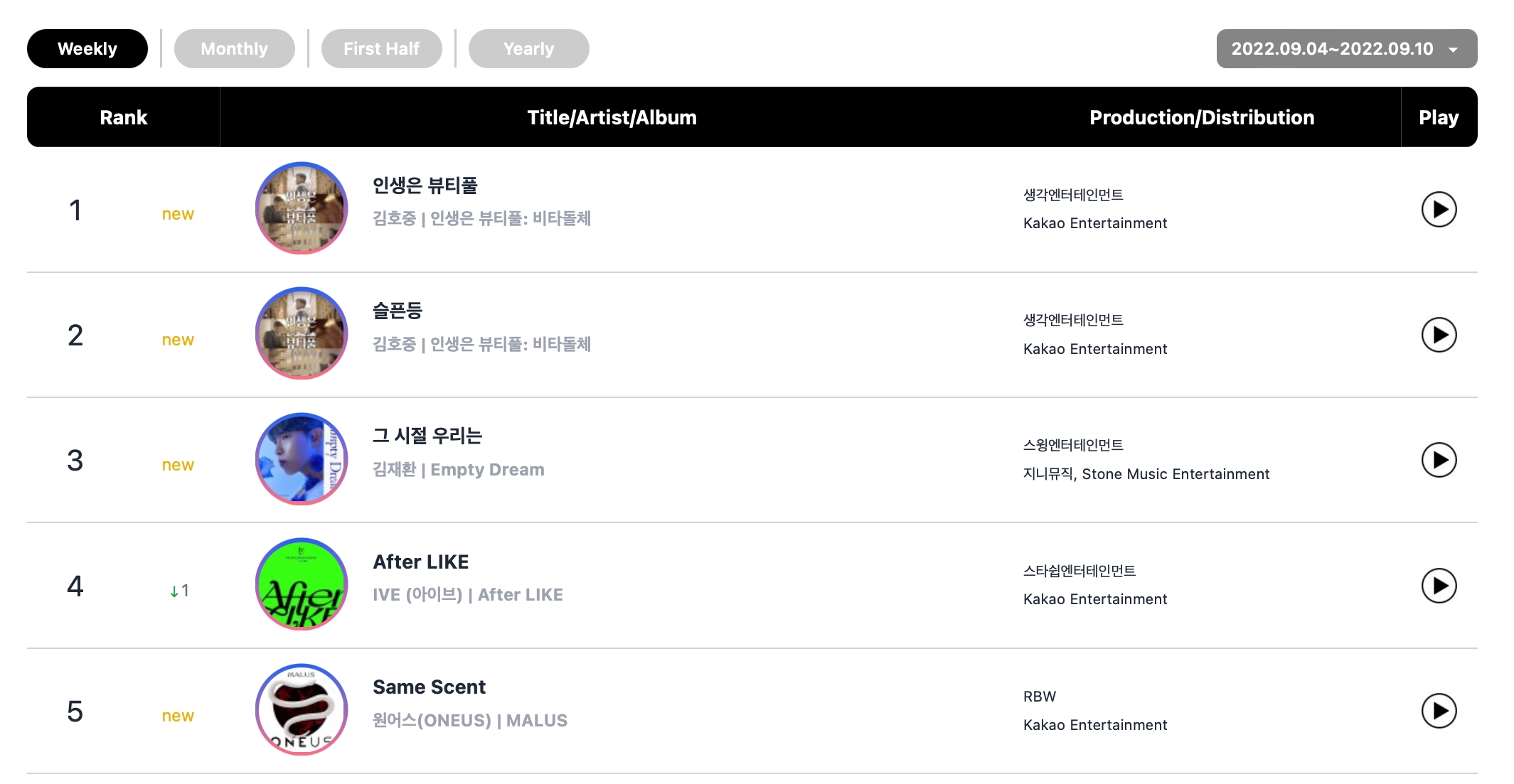 BLACKPINK also maintained their double crown this week, topping both the social chart and the Global K-Pop chart with their latest hit “Pink Venom.” 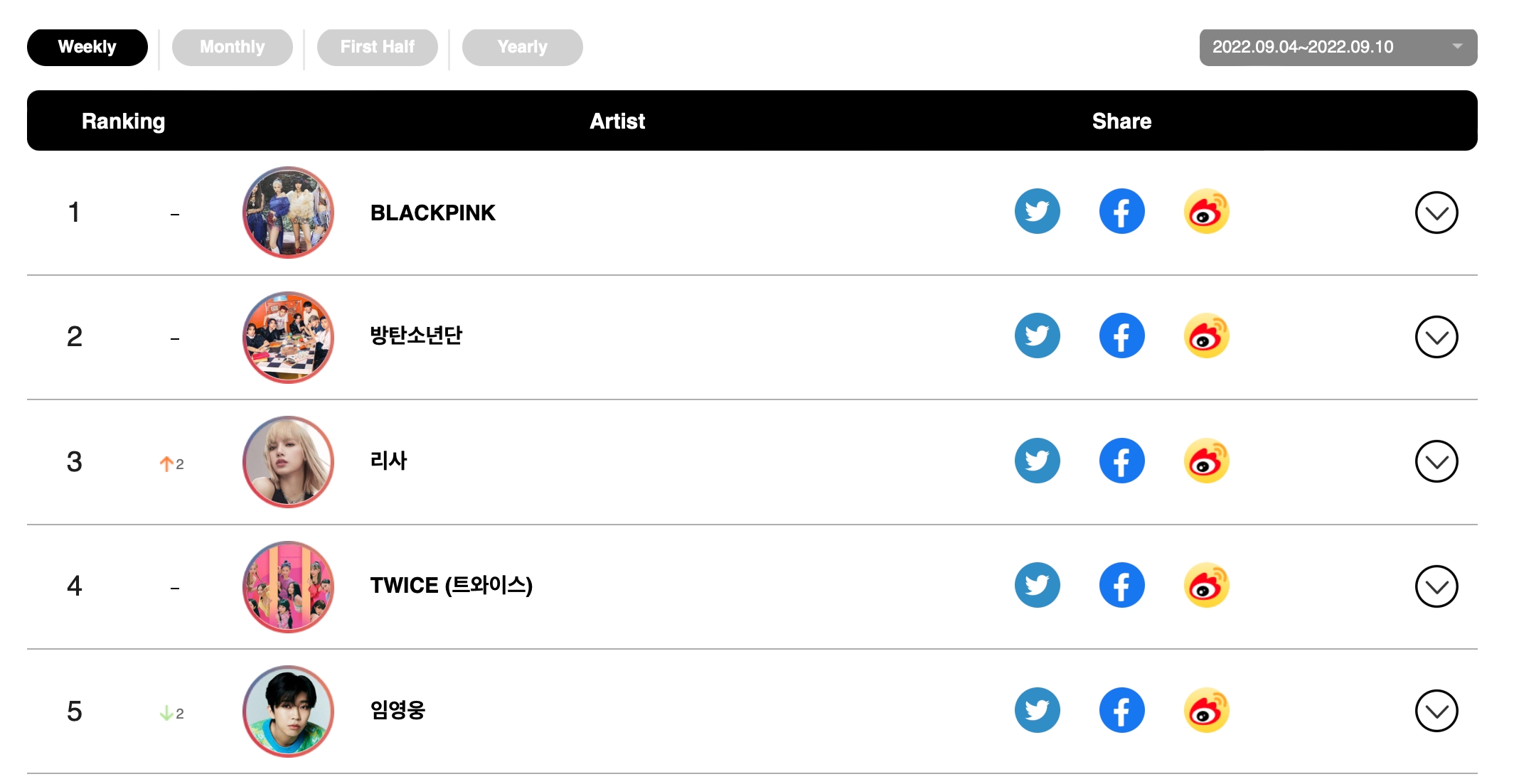