The new posters feature each character’s personal color as they pop through the screen. Joo Sang Sook and Park Hui Cheol’s poster have matching poses as they appear shocked with their hands over their mouths. Joo Sang Sook’s caption reads, “Why am I like this again, the reappointment is right around the corner…” while Park Hui Cheol says, “It feels like my words are coming out like poop.” 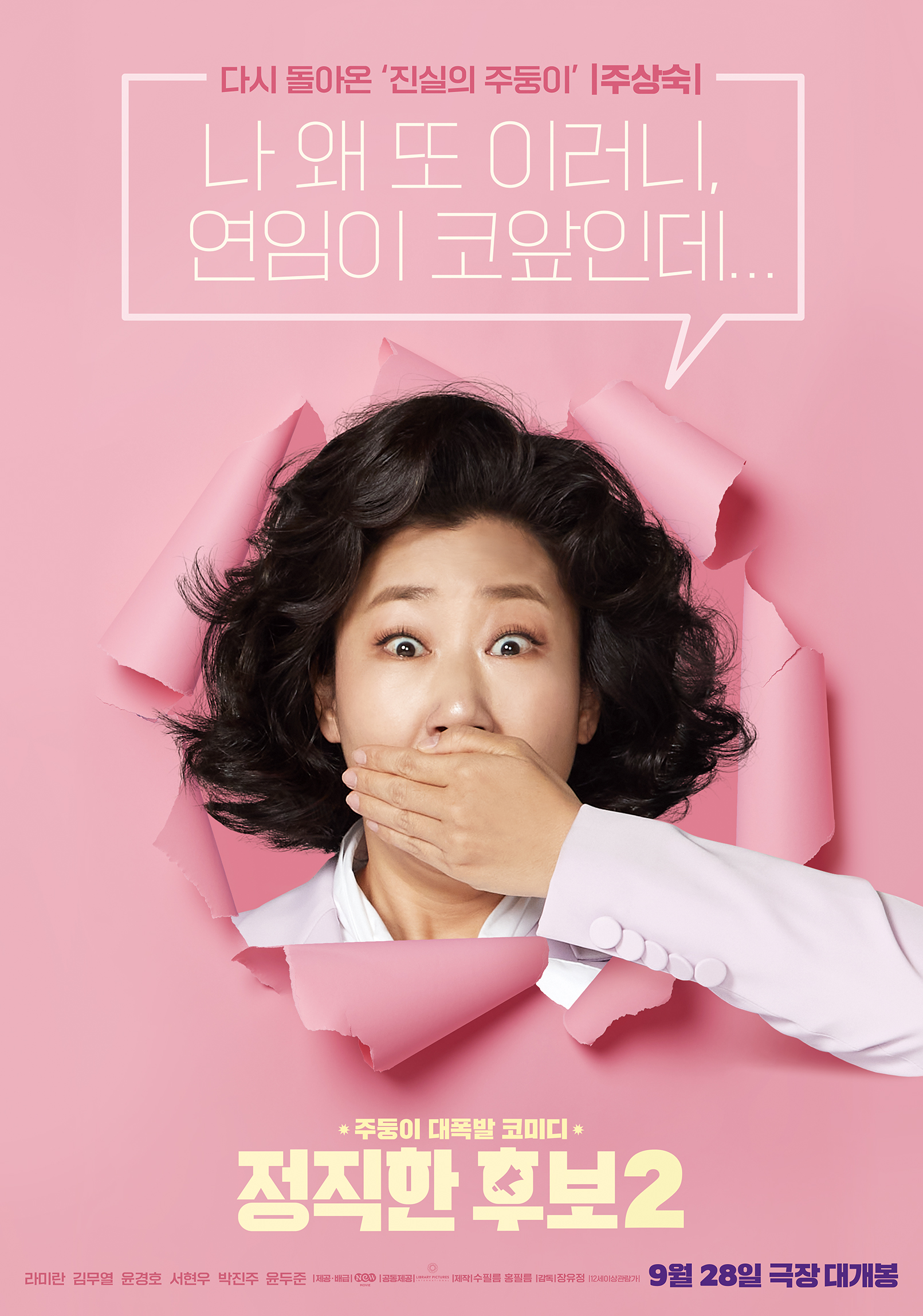 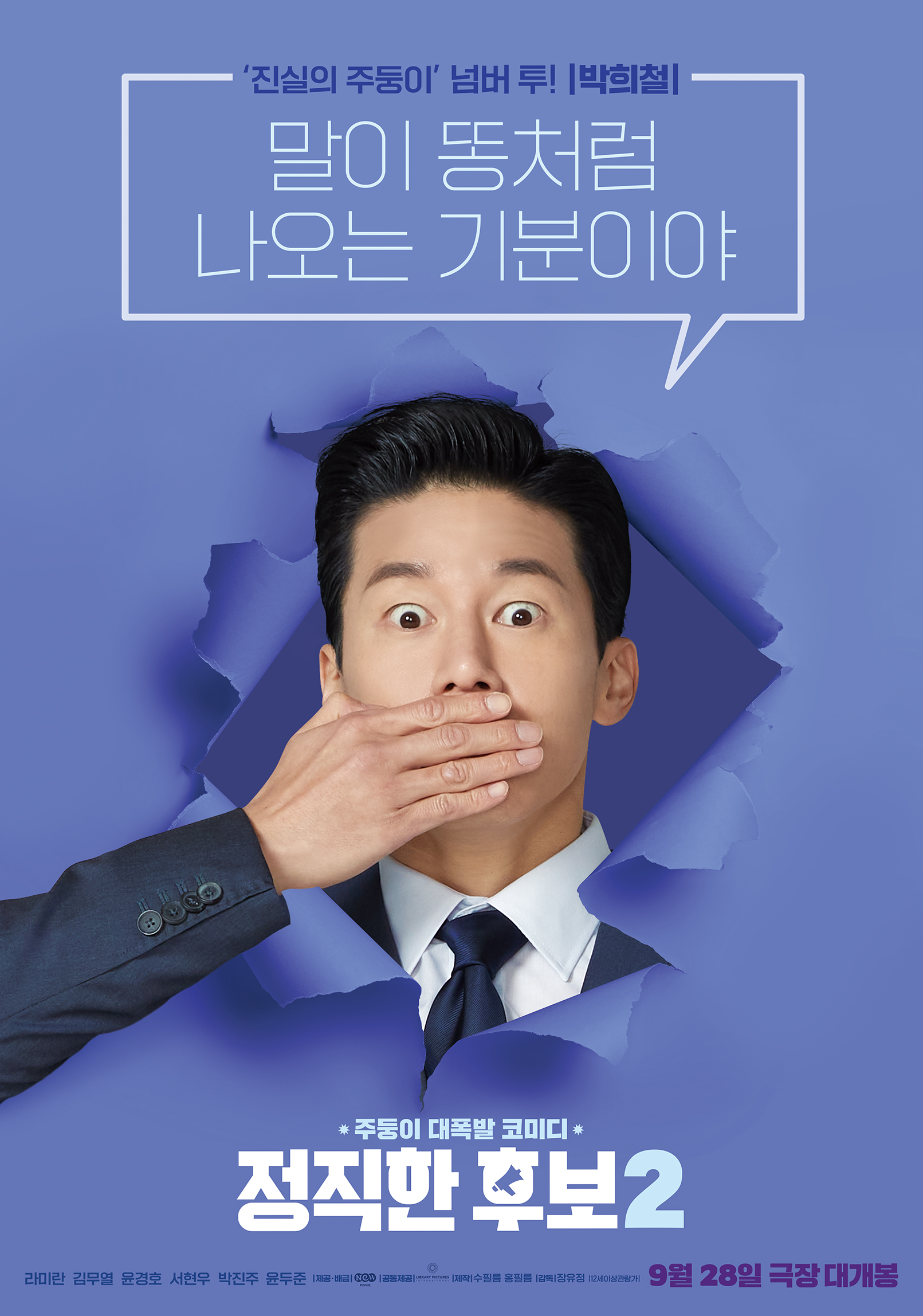 Bong Man Shik looks to reenact the famous The Scream painting as he calls out, “Now that we’re here together, it’s so difficult.” Seo Hyun Woo poses as the stern Jo Tae Joo, the neat and sensible director of the Construction and Transportation Division at the Gangwon Provincial Office. His poster states, “I’ve never met anyone like you, governor.” 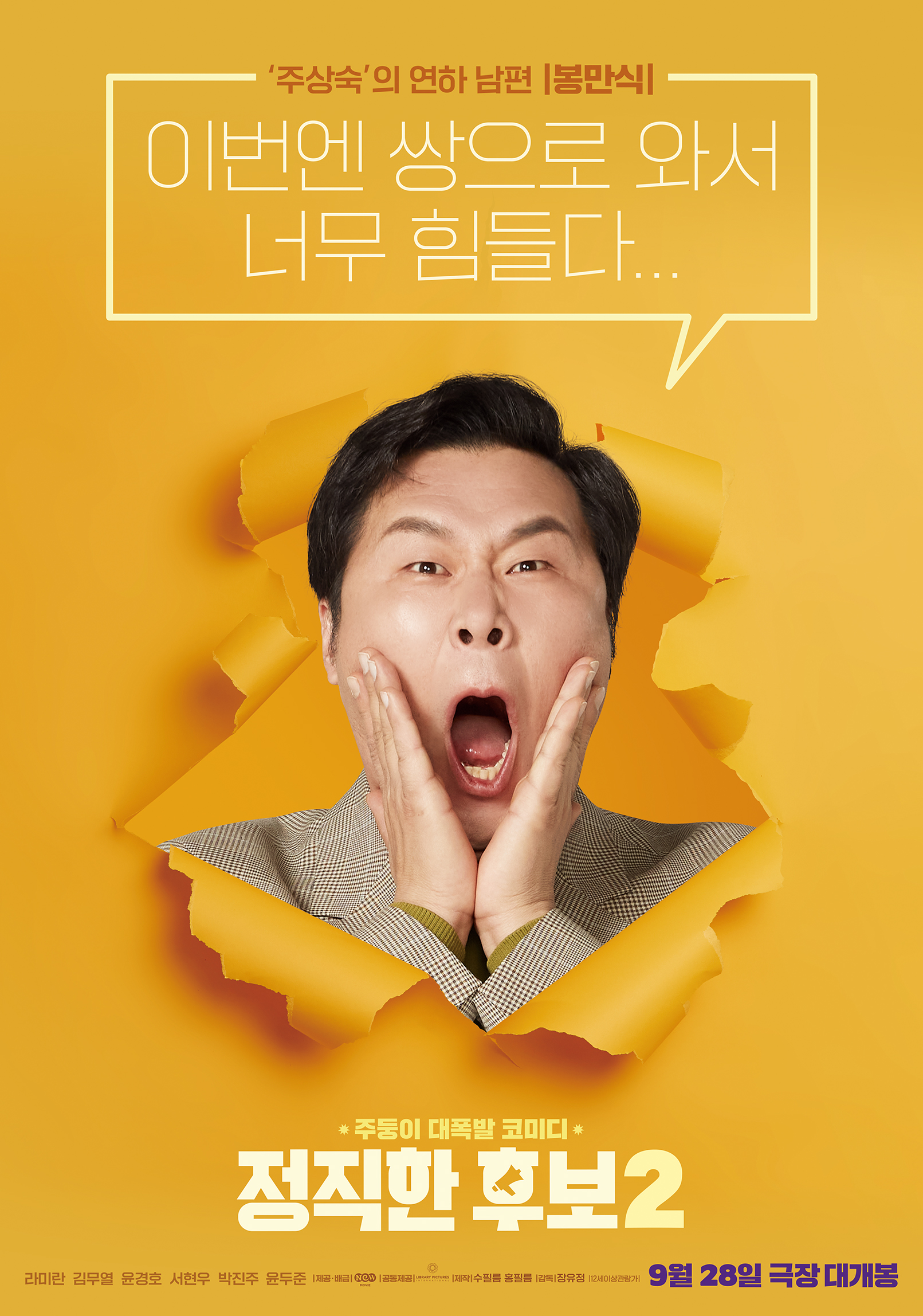 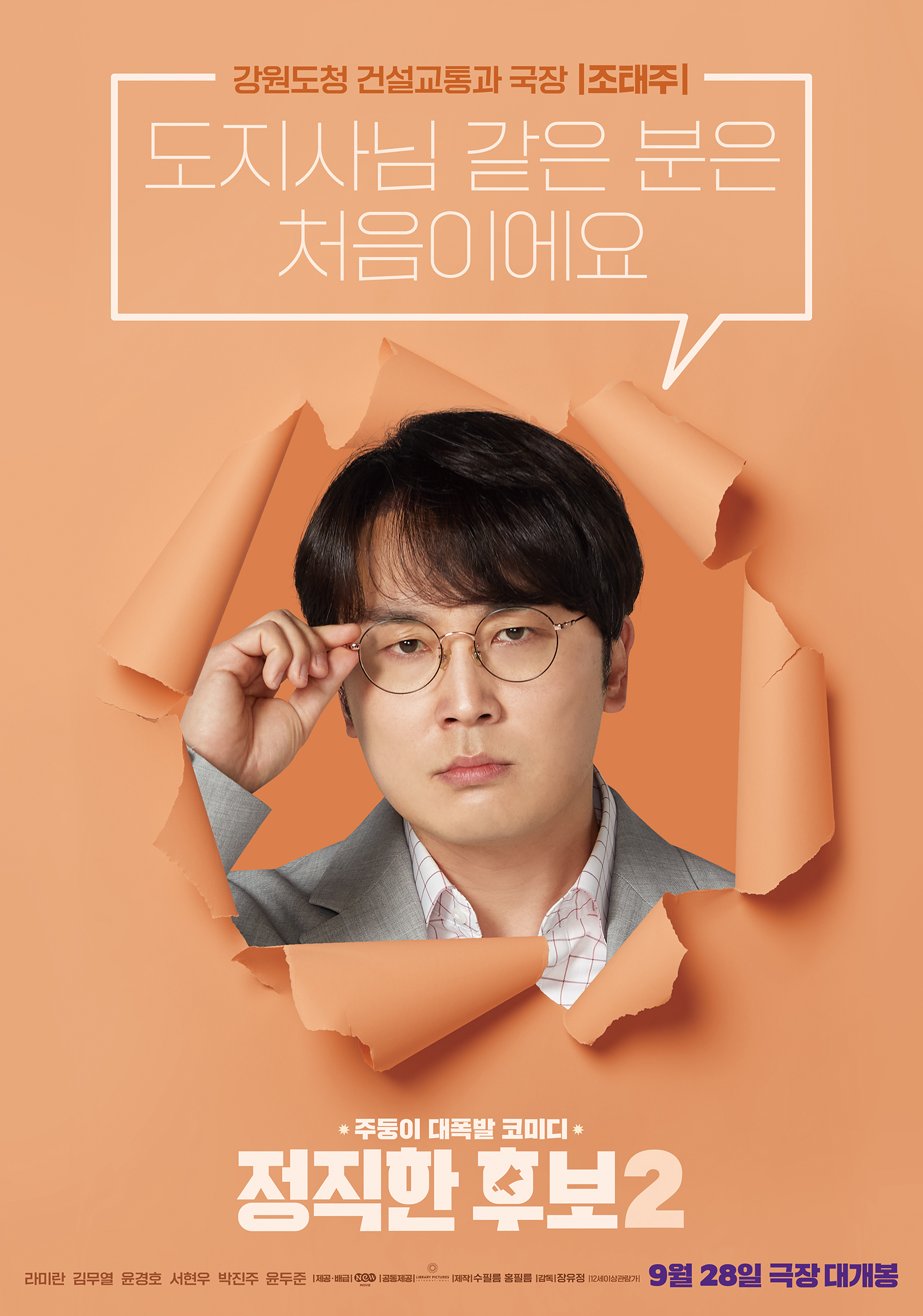 Park Jin Joo plays Bong Man Soon, Bong Man Shik’s sister and Joo Sang Sook’s sister-in-law. She rocks a huge ribbon and peers down at everyone as she rudely comments to Joo Sang Sook, “You’re really broke, right? You wasted your life.” Yoon Doojoon looks aloof in his poster as the young and rich CEO Kang Yeon Joon. Annoyed, he asks, “Isn’t it enough if you’ve all earned money?” 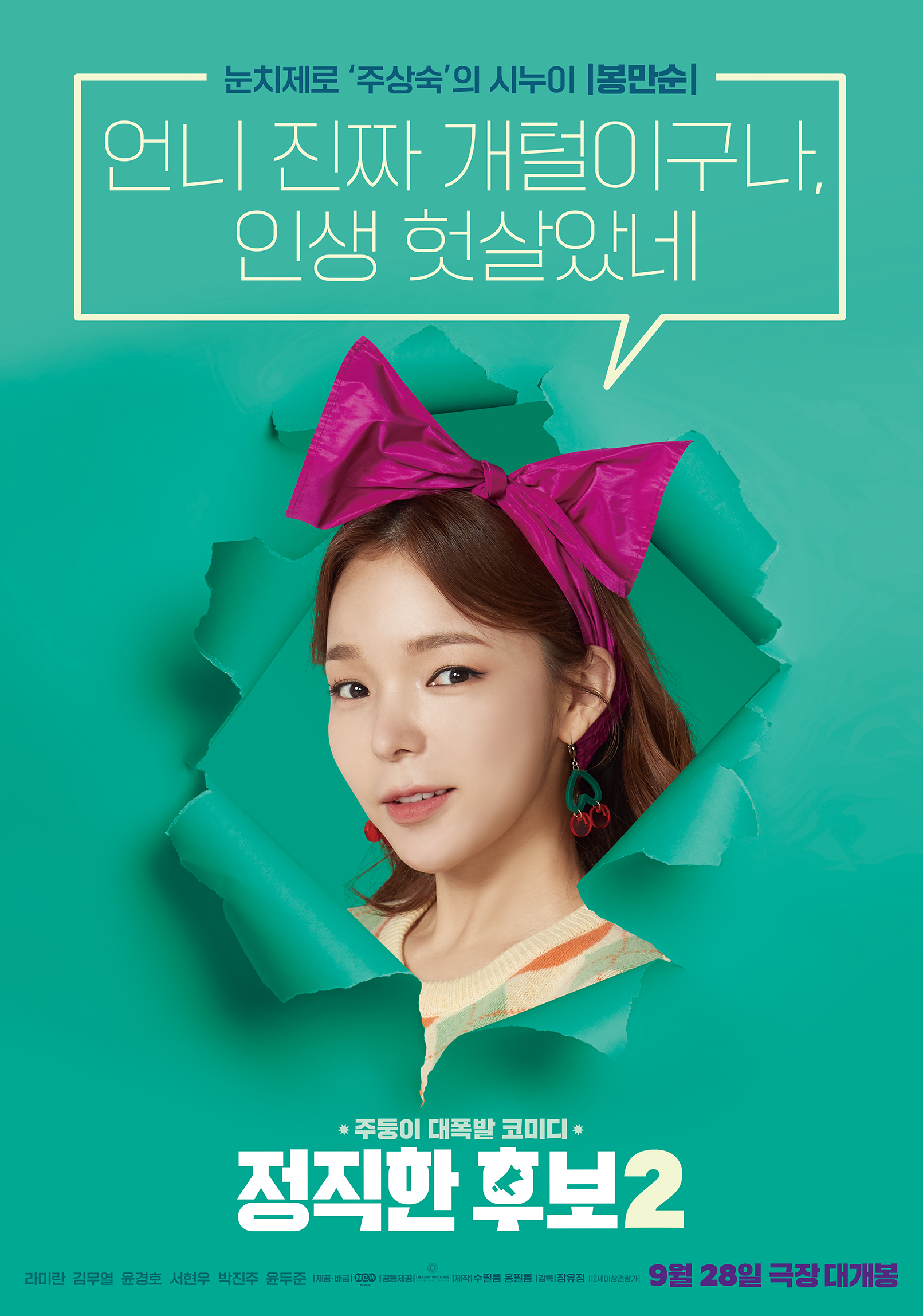 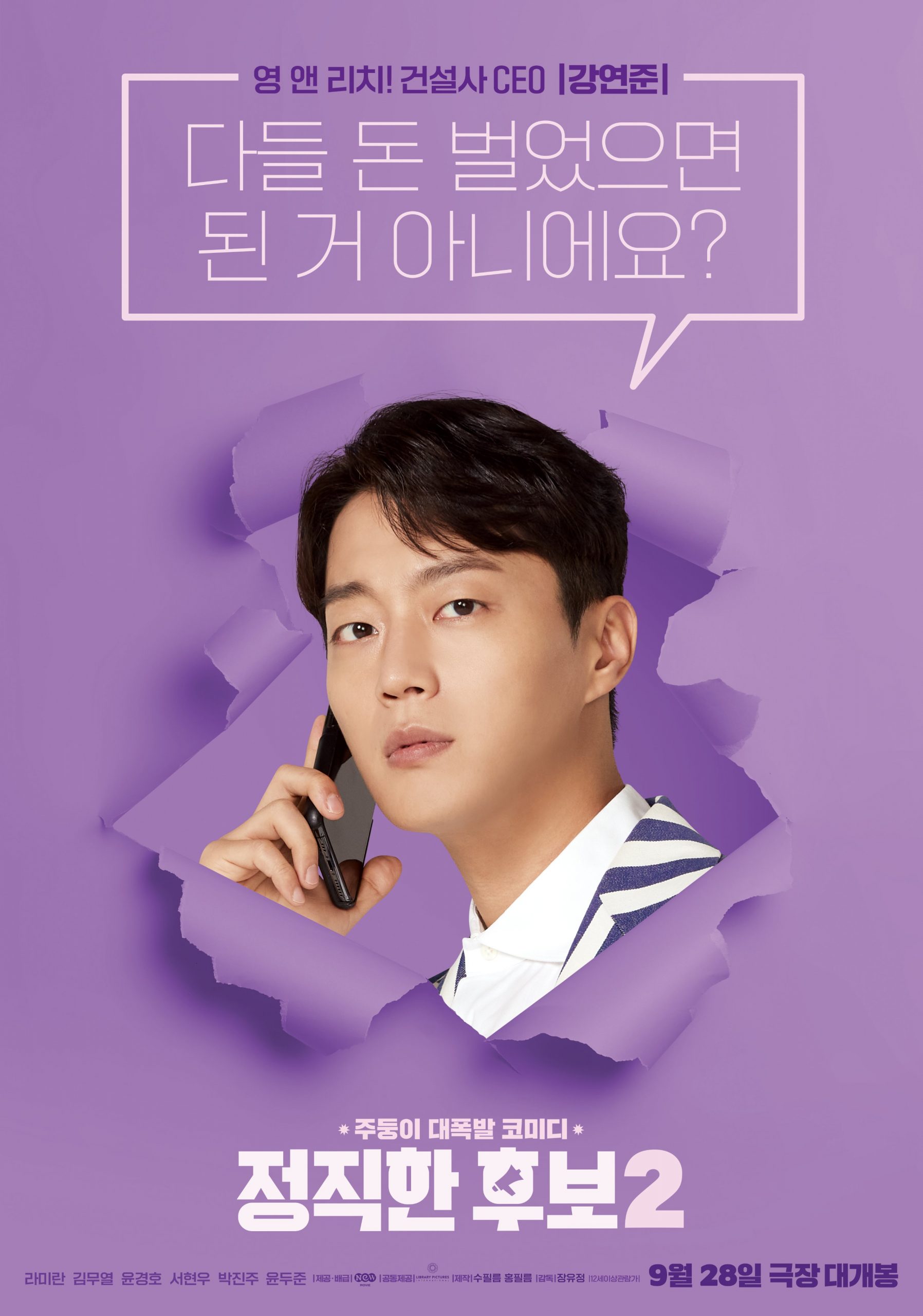 Along with the posters, “Honest Candidate 2” unveiled a new clip that captures the unique chemistry and connections between the characters.

Unlike in the first film where Joo Sang Sook and Park Hui Cheol were busy cleaning up their mishaps, the sequel shows their teamwork starting to falter as they make lie after lie.

After, we’re introduced to Bong Man Soon, Bong Man Shik’s beloved sister. The two siblings feed off each other’s inability to read the room as Bong Man Soon exclaims about her brother, “In the past, there was a craze about how he looked like Leonardo DiCaprio.” Bong Man Shik returns the love as he calls out, “If possible, we want to live together forever,” much to the dismay of his wife Joo Sang Sook.

Eventually, Joo Sang Sook and Park Hui Cheol unexpectedly meet and start working with Jo Tae Joo and Kang Yeon Joon. The passionate and hardworking Jo Tae Joo strives to become Joo Sang Sook’s right-hand-man as he yells out, “Who else is there besides our governor, who works like a bull!” On the other hand, Kang Yeon Joon looks like a trusty CEO who is actually a villain plotting something evil.