Historical K-dramas speak to the soul. Whether it be romance, family, or fighting for justice, historical shows explain topics in a vivid and realistic way. Viewers come across some programs with the most heart-wrenching plots that they never saw coming. From “Queen for Seven Days” to “Love in the Moonlight,” it’s time to place a spotlight on those heart-wrenching plots. 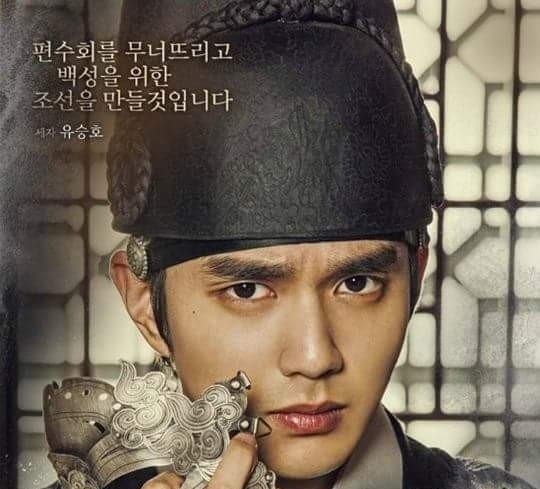 During the Joseon Dynasty, the Pyunsoo Group threatens the life of the king’s son. The king exchanges the control of the kingdom’s water supply to them for the life of his child. Crown Prince Yi Sun (Yoo Seung Ho) grows up wearing a mask to conceal his identity from the Pyunsoo Group. Crown Prince Yi Sun escapes the palace one day to discover the story behind his mask. While he’s away, the Pyunsoo Group kills the current king, puts a fake heir named Yi-Sun (KIm Myung Soo) on the throne, and controls the kingdom’s rulers with a poisonous drug.

Your tears will start flowing from episode one because of the realistic acting. Yoo Seung Ho’s acting is superb! His ease from playing royalty to a pretend commoner is astounding! You’ll cry on his character’s journey out of the palace and fight to reclaim his throne. The elimination of characters throughout the series proves to be too much. They are villains, heroes and relatable people that will never be able to tell their stories. 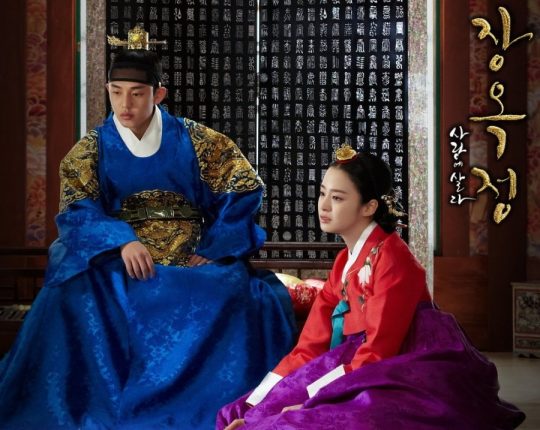 During the Joseon Dynasty, Jang Ok Jung (Kim Tae Hee) works as a lowly palace maid in the seamstress’s chamber. Her low status in society makes her work even harder to show off her design skills. On the other hand, Jang Ok Jung’s romance with King Sukjong (Yoo Ah In) is doomed due to their backgrounds. King Sukjong’s devotion to her can’t erase their drastically different social classes and the kingdom’s harsh judgement. The series is inspired by the 2008 Choi Jung Mi novel. That book is loosely based on the life of Royal Noble Consort Huibin Jang.

The period fashion is delightful, but the hardships that plague Jang Ok Jung are tragic. She can’t control her family’s income status. Kim Tae Hee transforms from a maid to a member of royalty right in front of our very eyes. Her performance is out of this world! Kim Tae Hee expertly pretends to face the ridicule of being a maid to her lover sentencing her to death. You’ll get a good cry with this series. 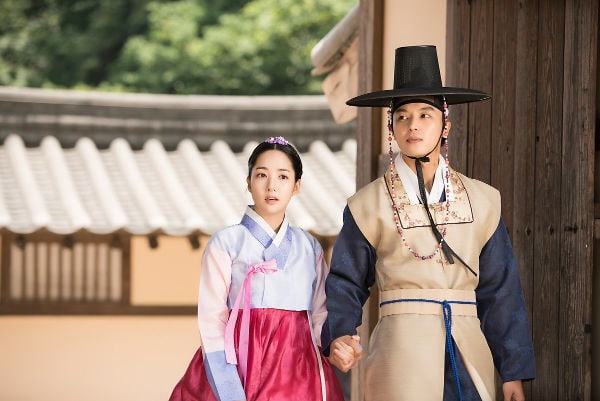 Based on the real story of the Joseon Dynasty’s Queen Dangyeong, Park Min Young takes on the leading role of the woman dethroned and forsaken after a week because of her political rivals. The drama places a spotlight on the heartbreaking love story between Queen Dangyeong and King Jungjong (Yeon Woo Jin). It’s believed that the two spent a lifetime longing for each other after the separation.

Park Min Young and Yeon Woo Jin represent perfect royals. They are experts who can instantly transport viewers into any era and make us believe it is happening right now. You’ll bawl during the dethroning and start rooting for a happy ending to defy history. The sadness that is expected going into the series protects your heart from the tears that will start flowing. The main stars give authentic performances. 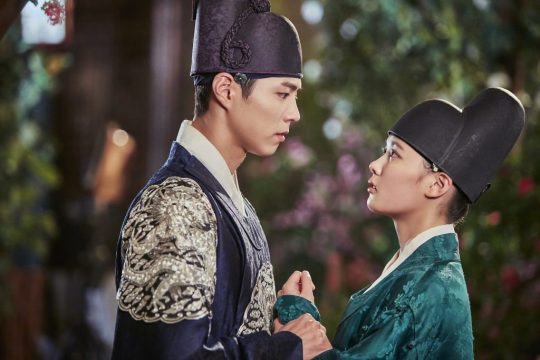 Crown Prince Lee Yeong (Park Bo Gum) and Hong Ra On (Kim Yoo Jung) meet under the most surprising circumstances. Hong Ra On is raised to disguise herself as a boy to maintain her career as a relationship counselor. When she goes to the palace to meet one of her clients, she accidentally crosses paths with Crown Prince Lee Yeong. They are unaware of each other’s identity, but they begin falling in love anyway. The heart-wrenching plot takes viewers by surprise in the form of Crown Prince Lee Yeong’s mother’s death, Hong Ra On’s mother’s disappearance and the sinister plot to harm the royal family. Hong Ra On concealing her identity to make a living is heart-wrenching, too!

“Love in the Moonlight” will make you laugh, cry, and cheer for justice for the main cast. The acting and action scenes are grand. You can feel the genuine affection between the main couple, and the intense fighting scene with the prince’s royal guard (Kwak Dong Yeon) is not to be missed! When they cry, you’ll find yourself tearing up too.

Watch “Love In the Moonlight” here: 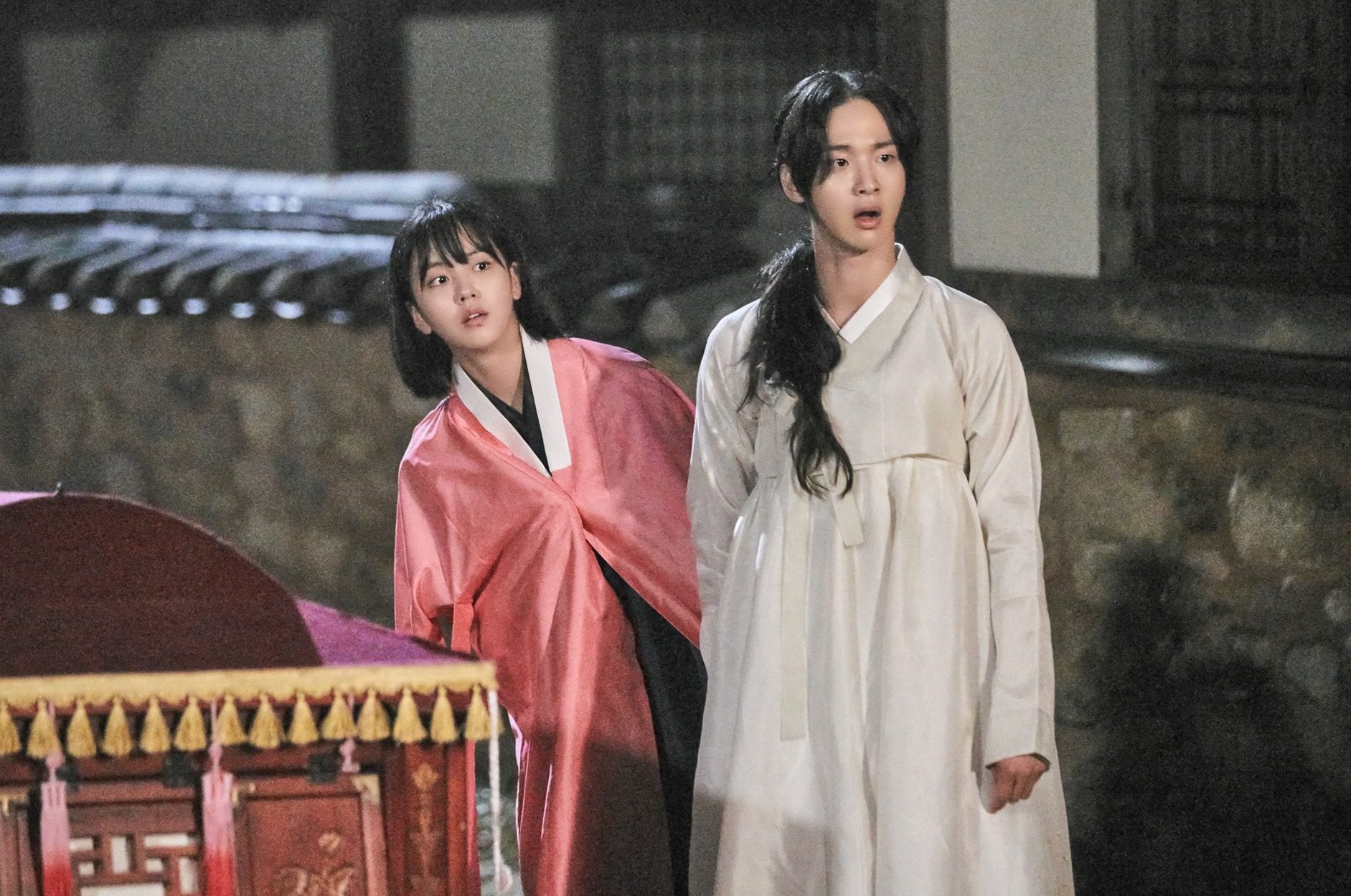 Jeon Nok Du (Jang Dong Yoon) and his family are attacked by a group of female assassins. To get revenge and protect his loved ones, Jeon Nok Du chases the criminals and discovers a village only occupied by widows. He goes undercover as a lady to find the culprits behind the vicious attack on his family. During his time there, he meets Dong Dong Ju (Kim So Hyun). She is also undercover after her escape from a gisaeng apprenticeship.

Jang Dong Yoon gave one of the best performances of his career in this series. He effortlessly transitioned from warrior to widow in the span of 32 episodes. You could feel his raw emotion as he portrays the fear and agony of his character facing the criminals. Of course the heart-wrenching plot is wrapped in moments of love and some laughs for our brave hero. Jeon Nok Du develops a romance with Kim So Hyun’s character, and he has a hard time proving to the widows he is one of them. You’ll be entertained by it all!

Watch “The Tale of Noku” here:

Hey Soompiers, what historical K-drama has you bringing out the tissues? Let us know your thoughts in the comments below!

Soompi Spotlight
Love in the Moonlight
Queen for 7 Days
The Tale Of Nokdu
The Emperor: Owner of the Mask
Jang Ok Jung Living in Love
How does this article make you feel?