The cast of crew of “Cheer Up” has raved about the upcoming drama and their chemistry!

On September 27, SBS’s new Monday-Tuesday drama “Cheer Up” held an online press conference with cast members Han Ji Hyun, Bae In Hyuk, Kim Hyun Jin, Jang Gyuri, Yang Dong Geun, and producing director (PD) Han Tae Seob. The mystery rom-com drama tells the story of a group of college students that get wrapped up in a story of passion after joining Theia, their school’s cheering squad that is falling into ruins after leaving behind its glory days.

To describe what differentiates “Cheer Up” from other dramas, PD Han Tae Seob shared, “While partaking in a cheer squad, when these college students are on stage, they are able to connect with the audience. Unlike other youth dramas, we wanted to capture the raw emotions of youth as they move forward towards one goal.”

He continued, “Strengths [of the drama] are music and dance. The actors created the performances after practicing their dancing lots. Conveying to viewers the exact thrill felt after hearing cheers from thousands of people is both the point and the charm [of the drama].” 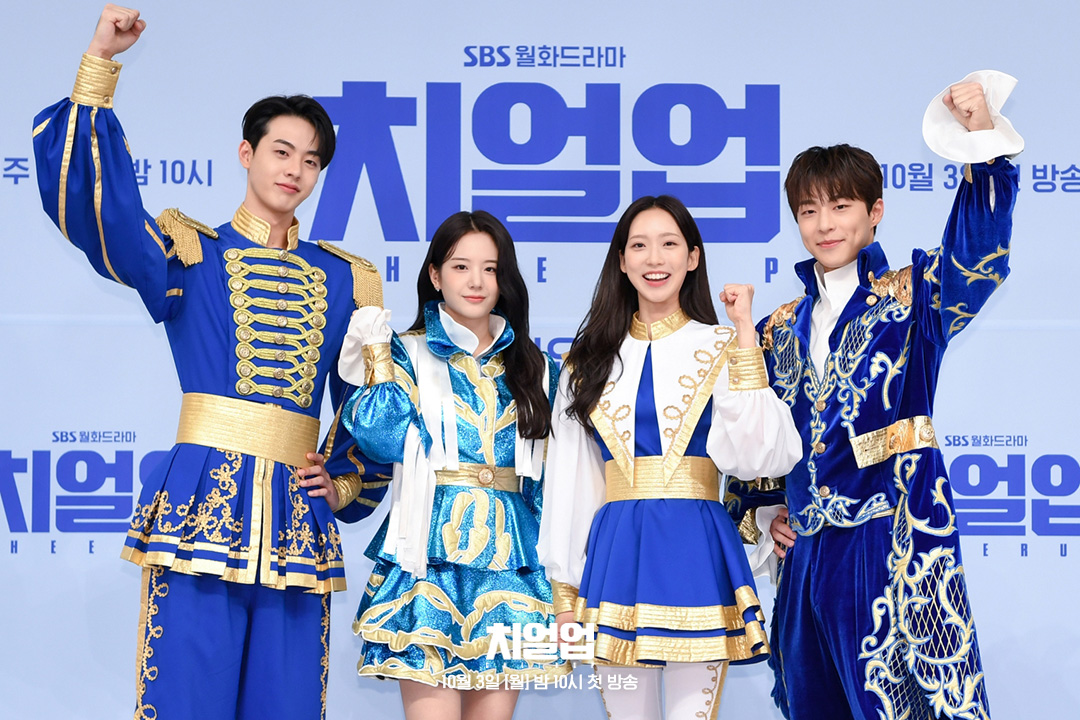 On their decision to join the drama, Han Ji Hyun explained, “I was shocked when I attended my meeting and did my audition. As Do Hae Yi and I had so many similarities, I thought I’d just have to showcase myself. I chose this project in order to show a bright image.”

Bae In Hyuk shared, “I thought the topic of a cheer squad was uncommon. That aspect felt charming. It was a topic that felt different from other youth and campus dramas that I’ve done before.”

Kim Hyun Jin shared that he was drawn to his character’s refreshing charm and added, “The character of Jin Sun Ho had a lot of similarities with me. I wanted to appear because I thought that there would be a lot of aspects I could show as this character.” 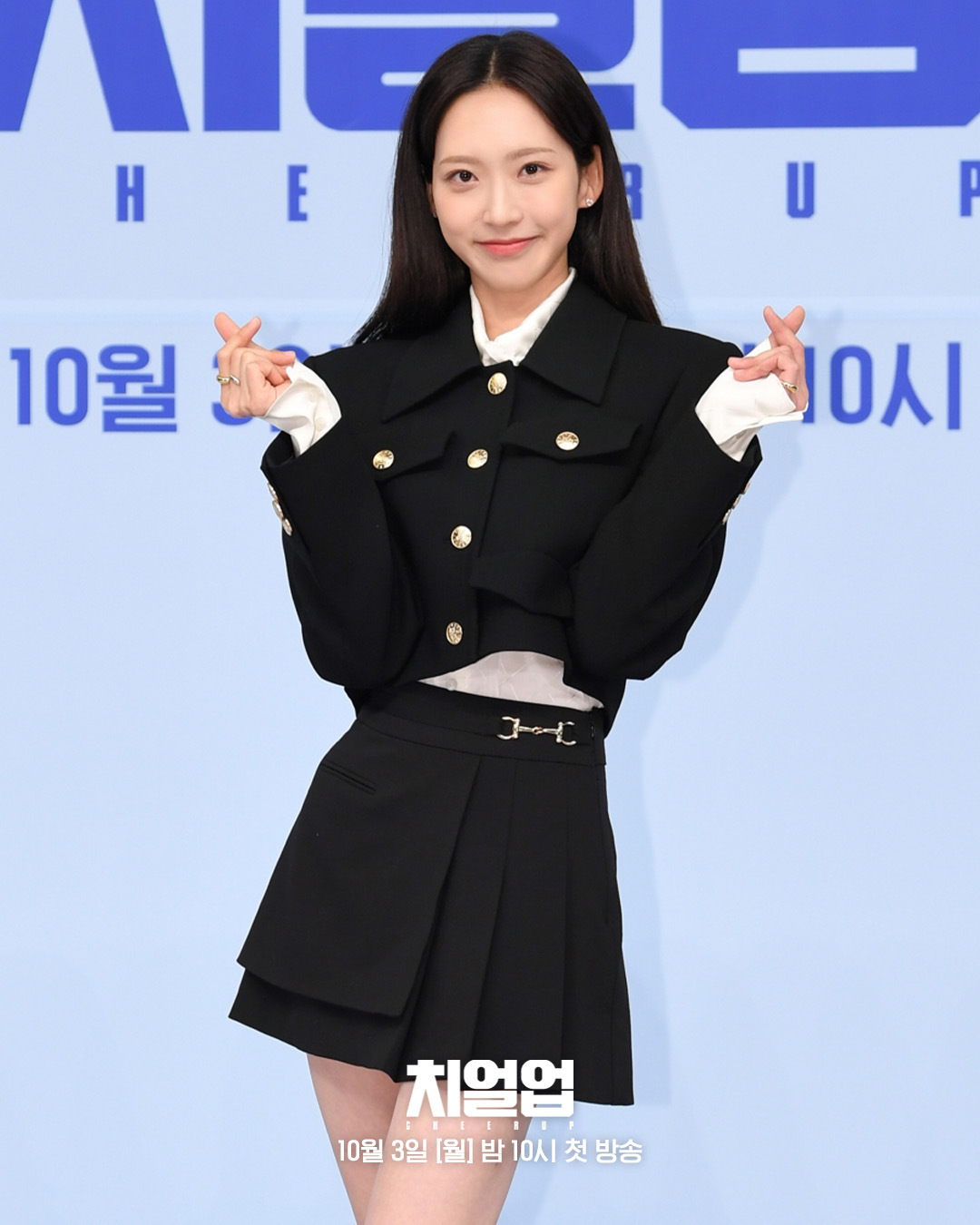 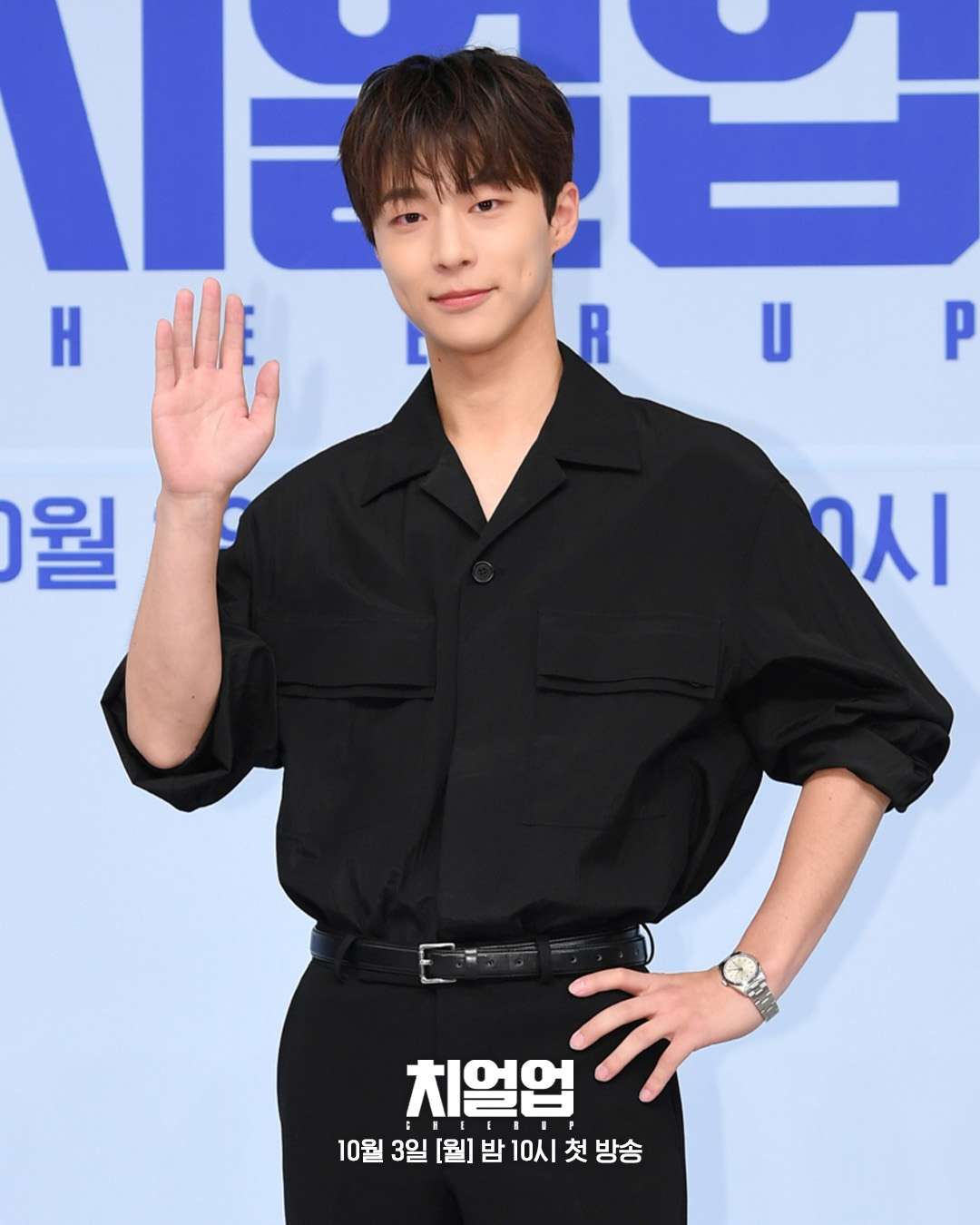 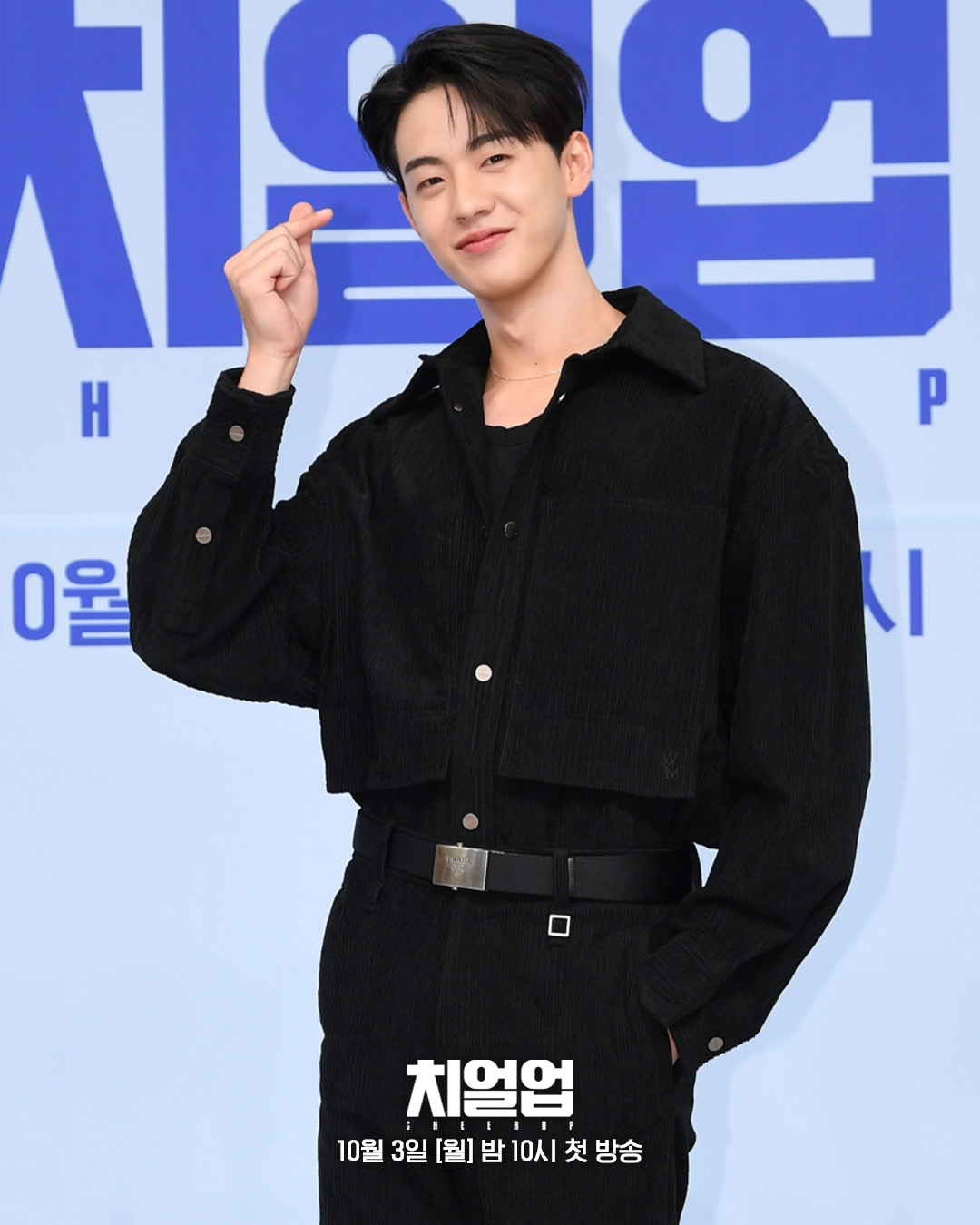 Jang Gyuri revealed that she had romanticized this kind of campus drama and commented, “It was refreshing and special that ‘Cheer Up’ dealt with the topic of a cheer squad. I also personally thought that if I acted as Tae Cho Hee, I’d naturally be able to show a type of acting that I haven’t yet showcased.”

With a short and sweet answer, Yang Dong Geun explained, “I saw this drama’s title during COVID-19. After seeing the title I thought that this was the road I had to take.” 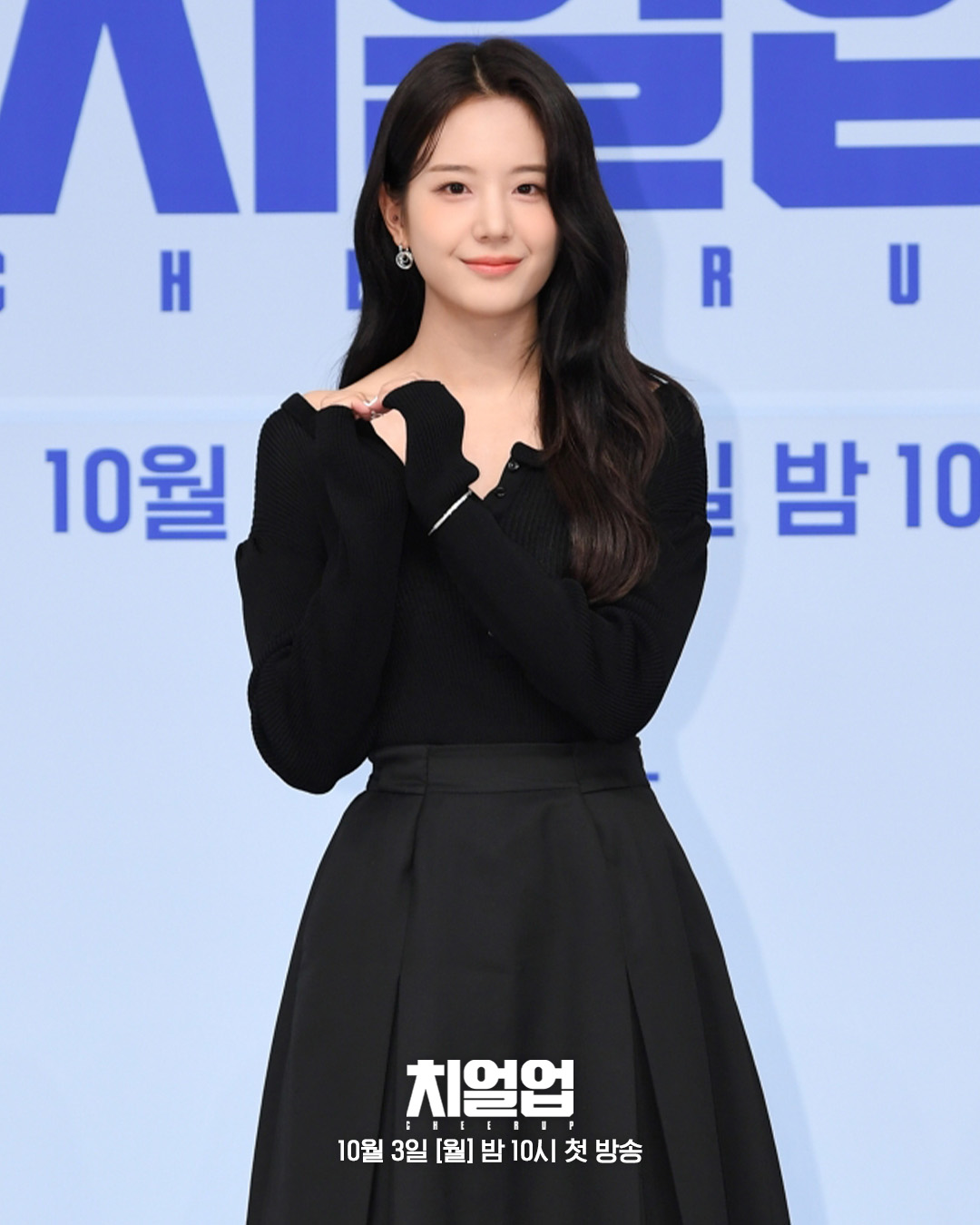 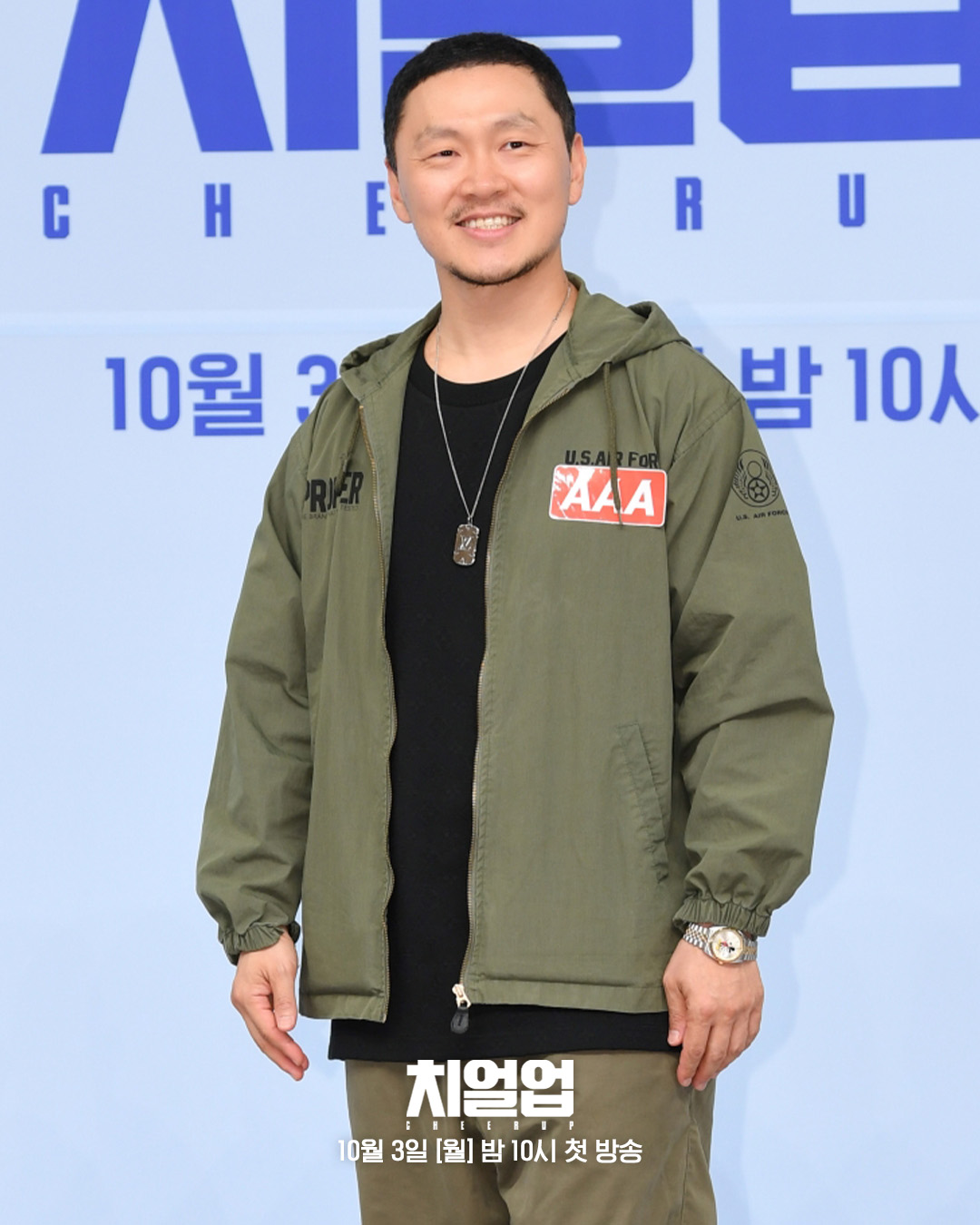 Reflecting on the difficulties of learning and perfecting their cheer squad choreography, Han Ji Hyun shared, “We practiced choreography from February of this year. Real-life cheer squad members came to teach us moves. At first, it was physically so difficult. It was hard because I was using muscles that I wasn’t regularly using. It was difficult to practice dancing for two to three hours.”

However, the actress optimistically added, “After continuing to do it, I adjusted. When I was on stage, I felt so excited. As the choreography was all in sync and the music was playing, it was thrilling.”

Bae In Hyuk chimed in with his slightly different experience, saying, “Han Ji Hyun said she became adjusted, but no matter how much I did it, I couldn’t adjust. Since I play the role of leader, I had to meticulously prepare physically. I practiced so much to the point where I wondered whether I was acting in order to dance, or if I was dancing in order to act. Even on rest days, I always practiced dance. Since I had that practice, I was able to showcase a stable image.” 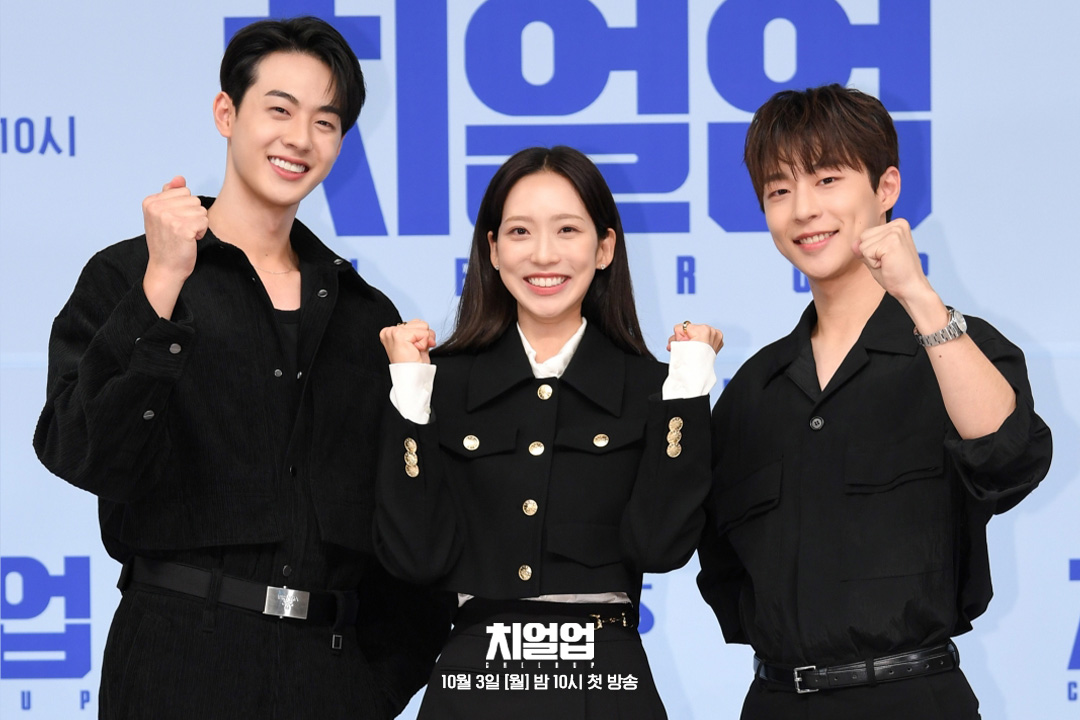 After going through all of this together, the young cast naturally grew close both on screen and off. Han Ji Hyun gave the cast’s chemistry a score of 100 and explained, “While rehearsing together, there were so many improvisations that weren’t in the script. That’s how great and friendly our chemistry is.”

Bae In Hyuk then described the drama’s set as a “market floor,” explaining, “That’s how great our tension and energy is. Even when looking from afar, you can see the passion.”

“Cheer Up” premieres on October 3 at 10 p.m. KST and you can watch a teaser here!

While waiting, watch Han Ji Hyun in “The Penthouse 3” below: