Lee Jong Suk sat down with Vogue Korea to talk about his most recent projects as well as his life outside of his busy acting career!

He previously did an interview with Vogue Korea back in 2013 and has now returned as a seasoned veteran in acting with many new experiences and stories to share.

Having gained fame for his roles in rom-coms such as “While You Were Sleeping,” “Romance Is a Bonus Book,” and “Pinocchio,” fans of his work may be surprised at the change in direction his acting has taken with his latest projects. The drama series “Big Mouth,” which concluded a few weeks ago, as well as his upcoming film “Decibel,” whose release date is yet to be determined, are action-packed thrillers, putting a darker twist on the actor’s usual acting. Lee Jong Suk expressed how he had been wanting to do something just a bit different, saying, “If the story is fun and it’s a role that I can pull off well, then I do it. ‘Big Mouth’ and ‘Decibel’ were both like that.”

“Big Mouth” is the first project Lee Jong Suk worked on since he completed his mandatory military service. Luckily, the pressure that came with such a huge comeback has all but disappeared and been replaced by the elation due to the drama’s massive success. 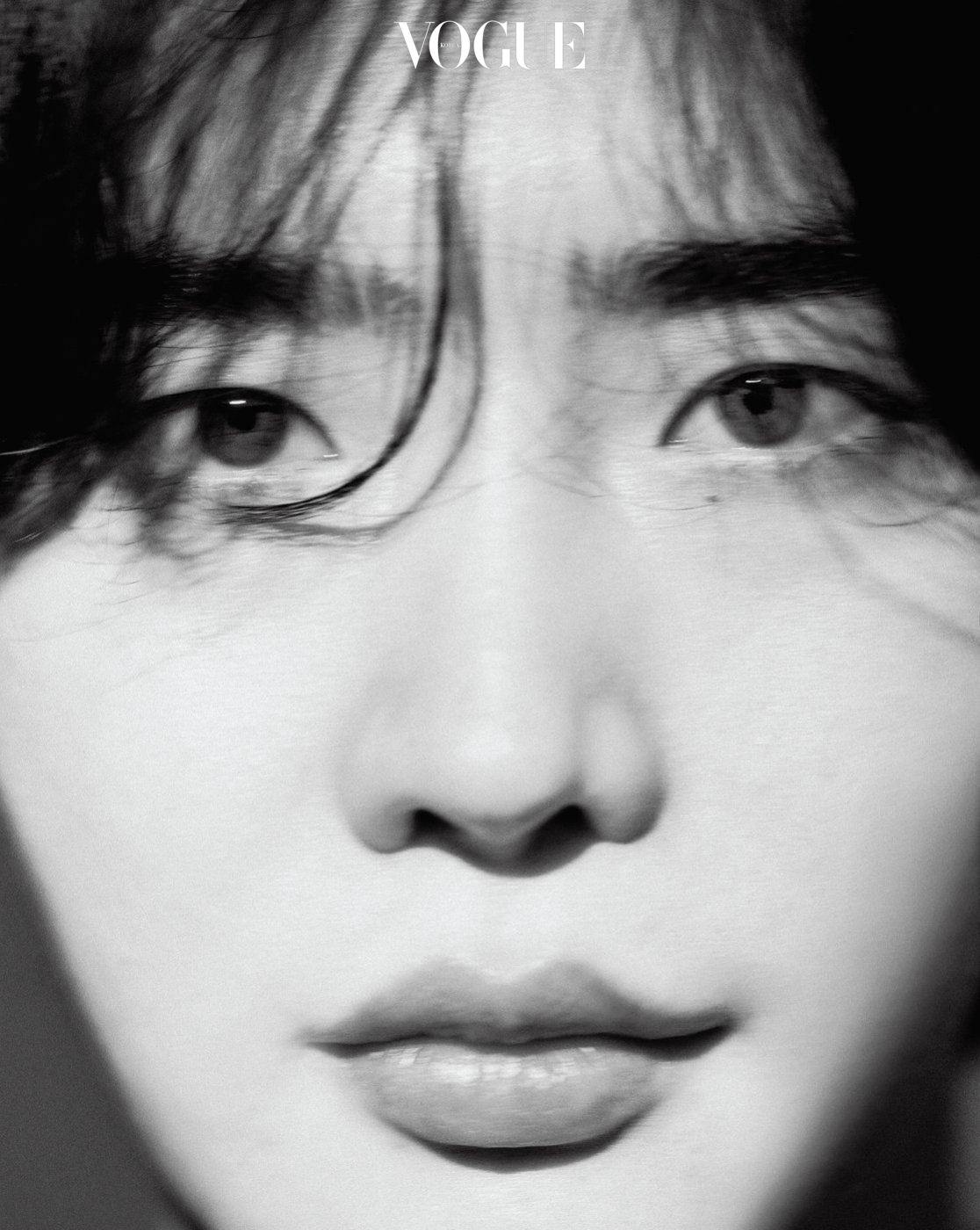 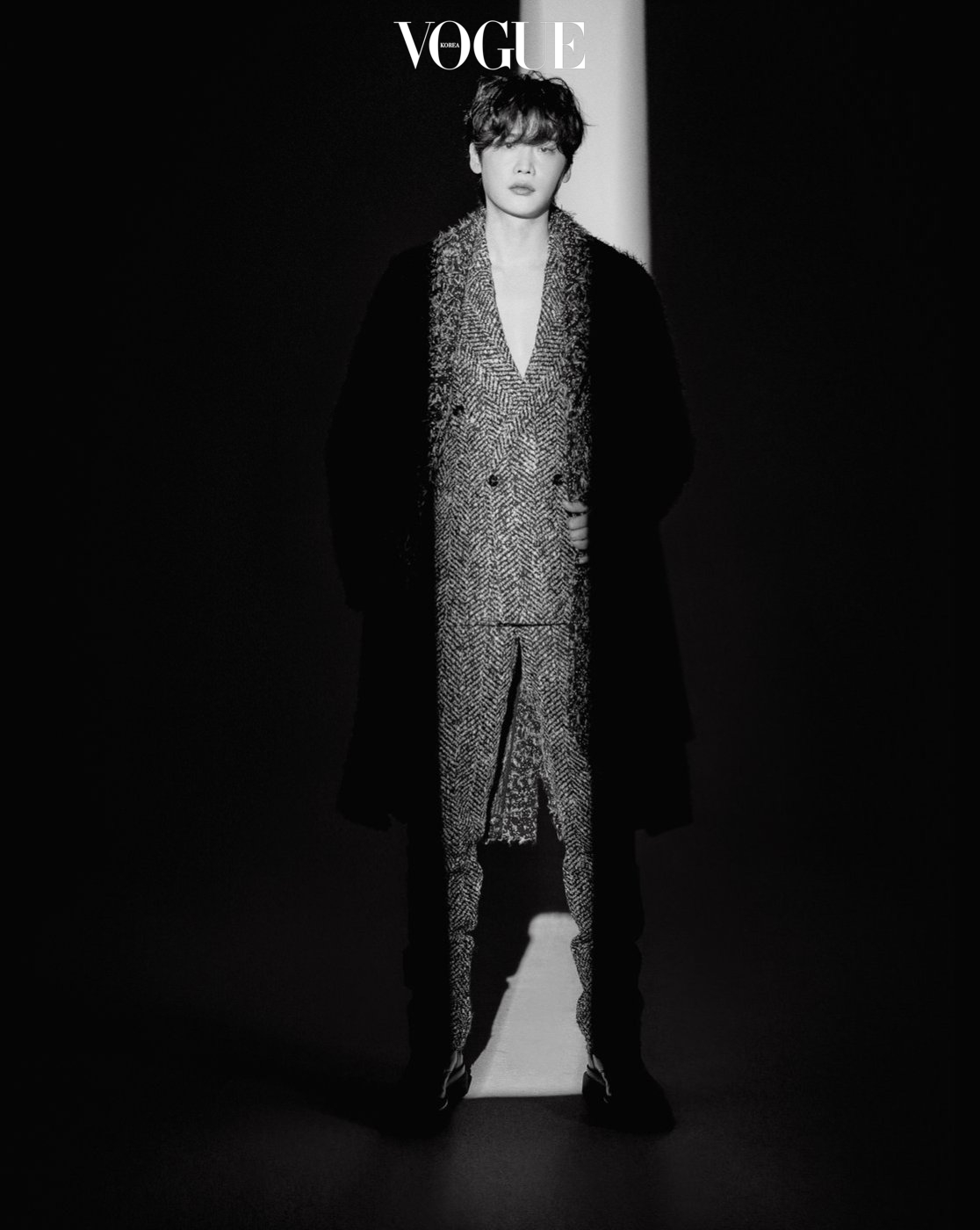 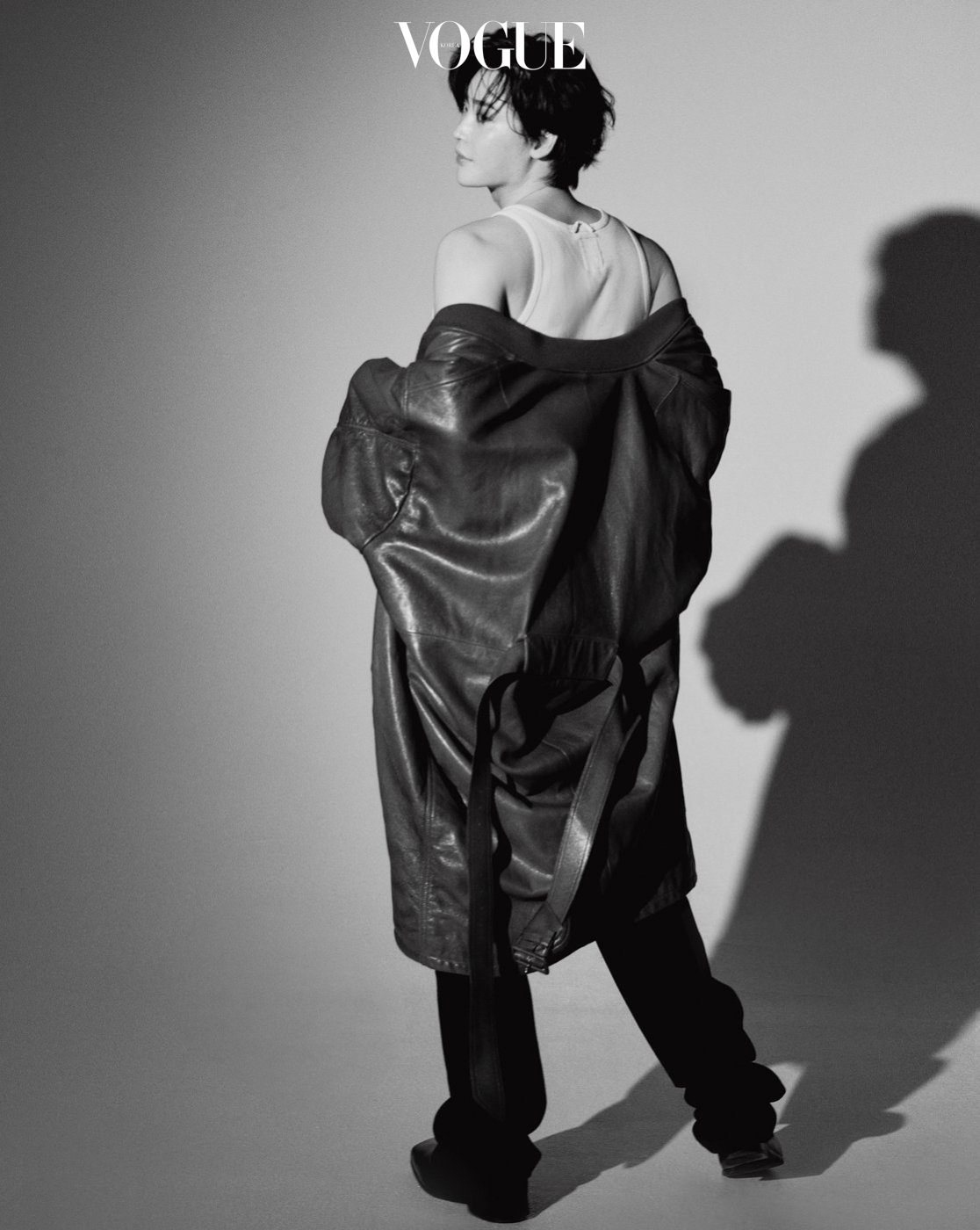 Lee Jong Suk also talked about his various endeavors outside of acting including his most recent appearance as a model at Seoul Fashion Week, his work with the famous poet Na Tae Ju to release a collection of poetry after his recitation of the poet’s work “Grass Flower” in one of his dramas, and his founding of his very own agency.

But one of Lee Jong Suk’s projects that may be the biggest surprise to those who know him as an actor is his endeavors in coffee brewing. “I’m really not much of a professional,” he admits. “If a friend sends me some blended coffee beans, I pretend I know what ‘acidity’ and ‘body’ are, but really I just like the bitter taste of coffee that has been French roasted.”

Talking about his little hideout of a cafe, 89Mansion, Lee Jong Suk shared, “I like spaces that are both quiet and pretty, so opening a cafe was a dream I’ve had for a long time. It’s fun to look at interior decorations and furniture, so I had hoped that I could one day have a space to myself to decorate.” He admits that such an endeavor doesn’t exactly lend any help to his career as an actor but is nevertheless work that he finds to be fulfilling. The cafe was unfortunately closed due to the pandemic, but Lee Jong Suk is hopeful that it can reopen someday once again. 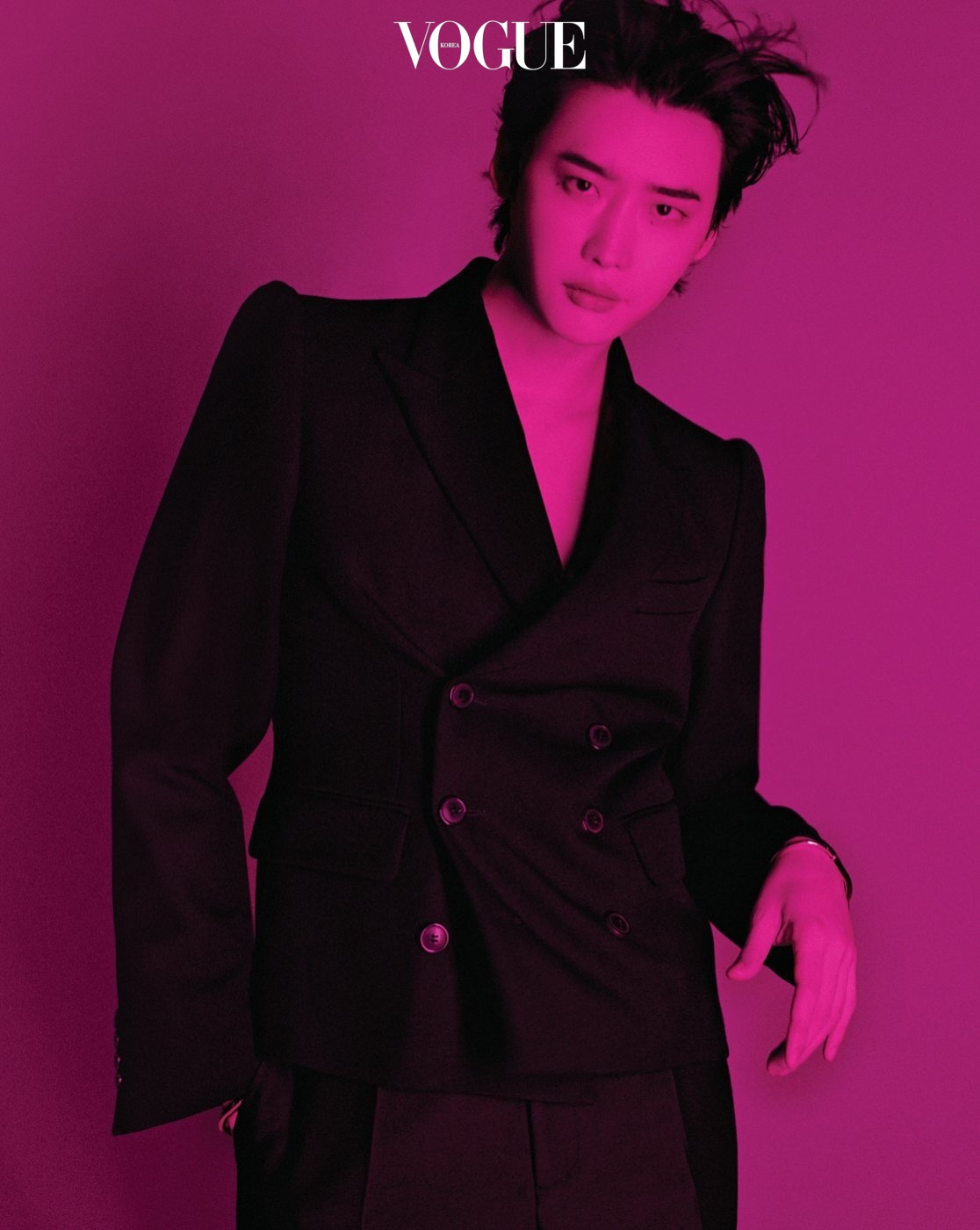 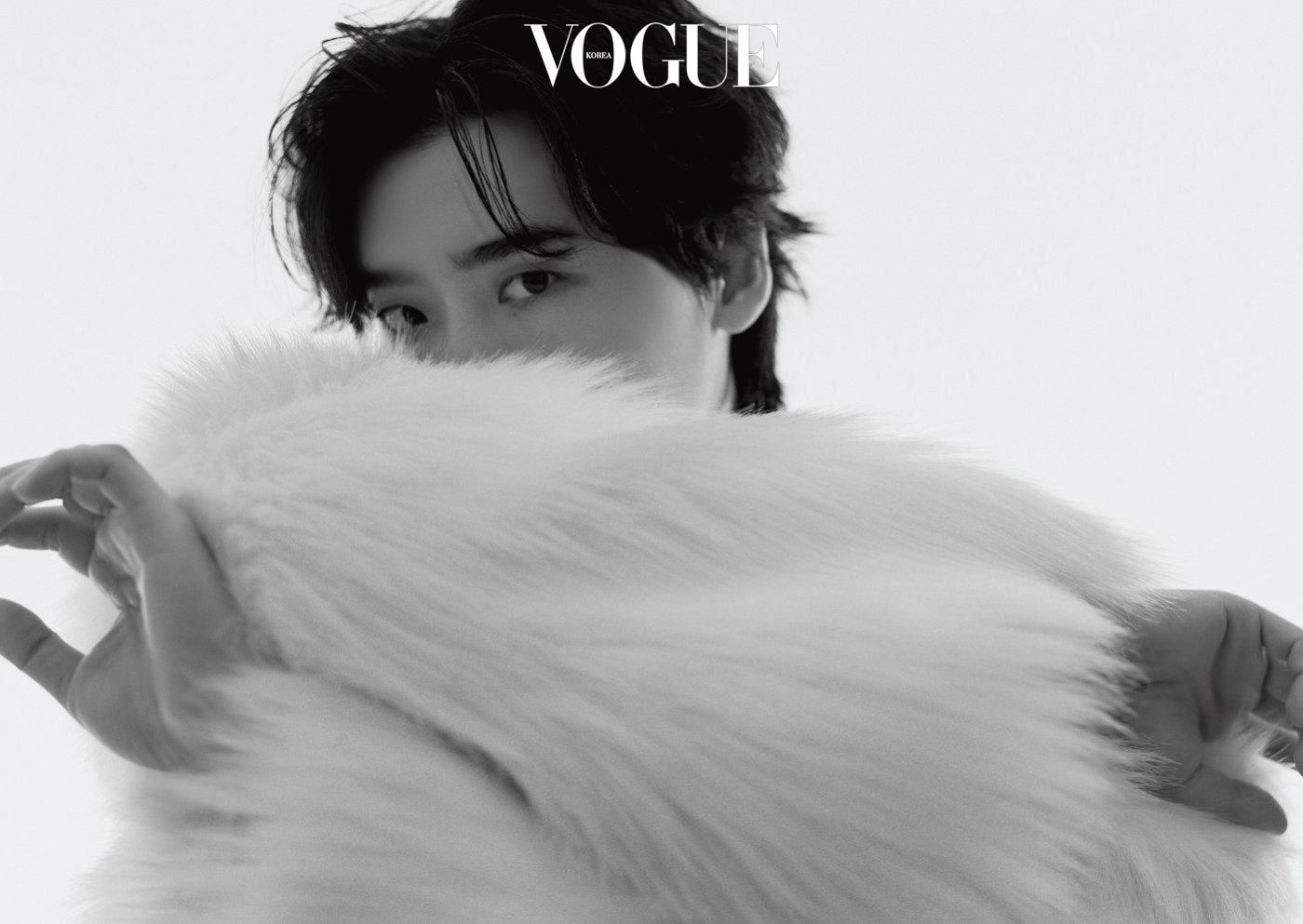 And of course Lee Jong Suk didn’t miss the opportunity to talk about his fans and their unending support for every one of his projects. He talked about the amazing experience he had a recent fan meeting, expressing his awe at seeing fans spanning all the way from their 20s to their 60s and from all different places of the world coming out to show their love and support. “I’m a human with low self-confidence, but I feel recharged after doing a fan meeting. Throughout our lives, there are times when we feel small. But if I meet with my fans, I begin to think, ‘Ah, I am a useful person,’ and am encouraged. It’s something very meaningful to me.” 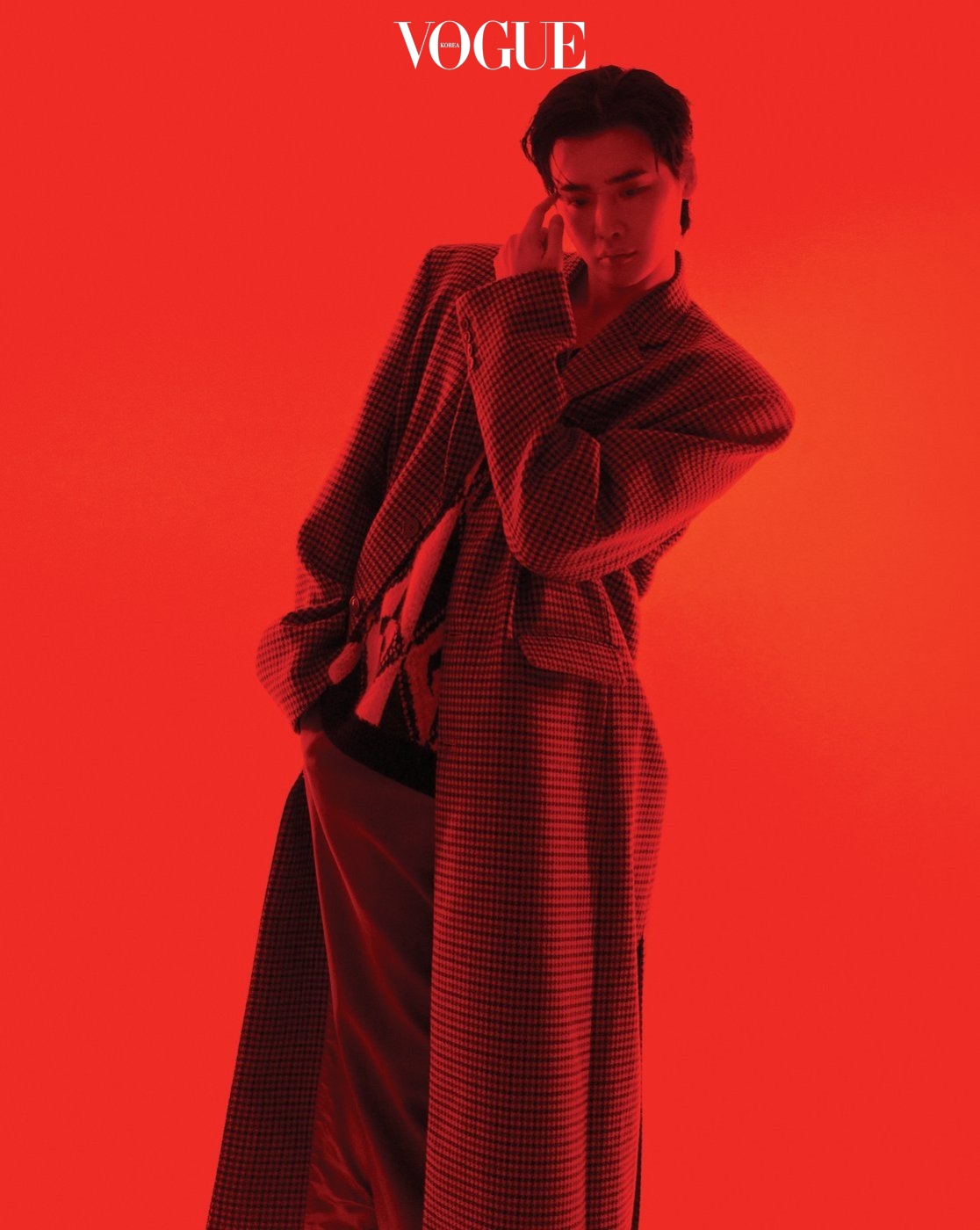 Wrapping up the interview, Lee Jong Suk talked a bit about his future plans as well as just his everyday life, presenting himself as a very laid-back and relaxed individual who is able to enjoy the simple things in life.

When asked about what he spends his hard-earned money on, he answered honestly, “Interior decorations? It’s nothing extravagant, but recently I bought a holder for a scented candle and a handheld vacuum cleaner. And really delicious sweet potatoes!” 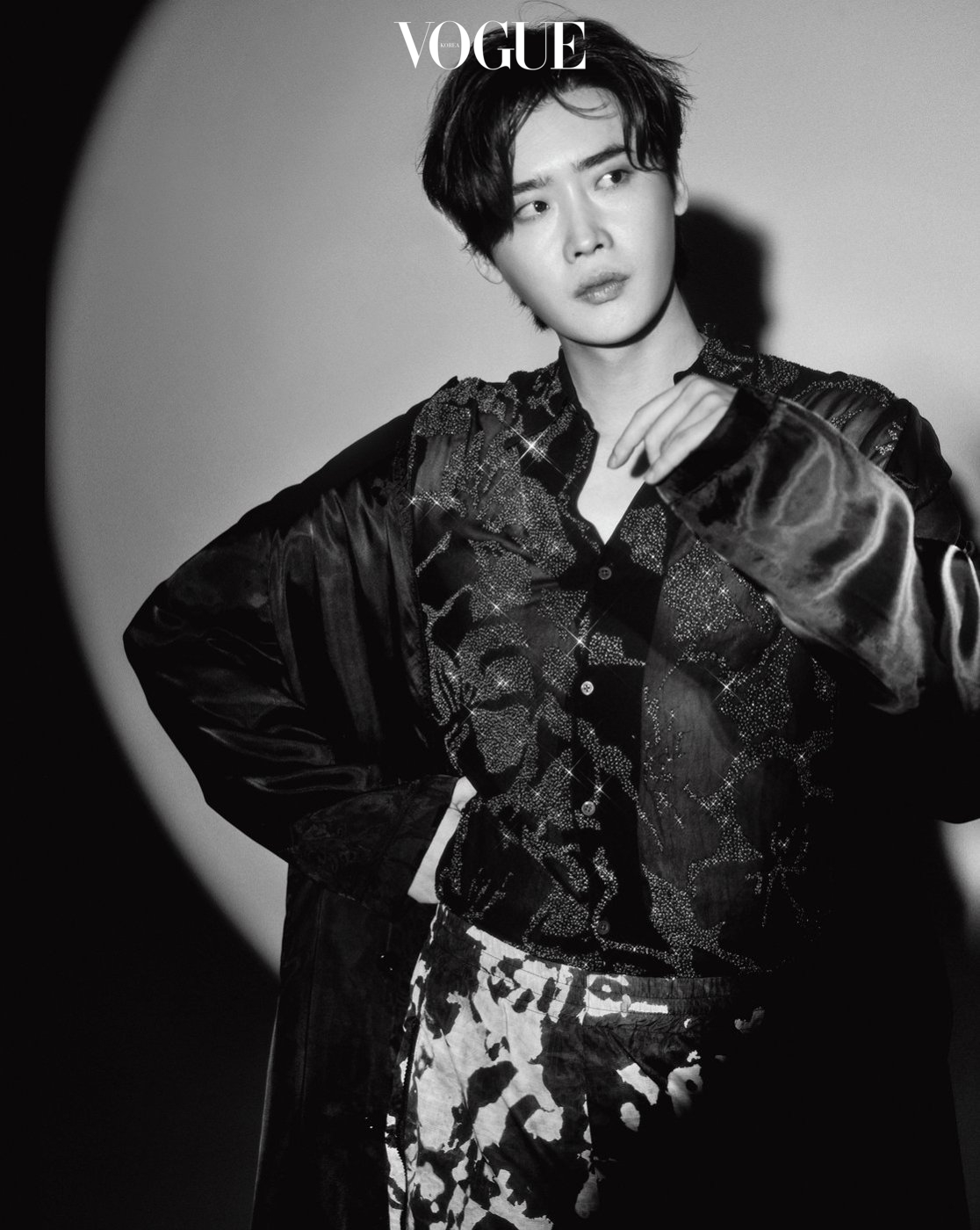 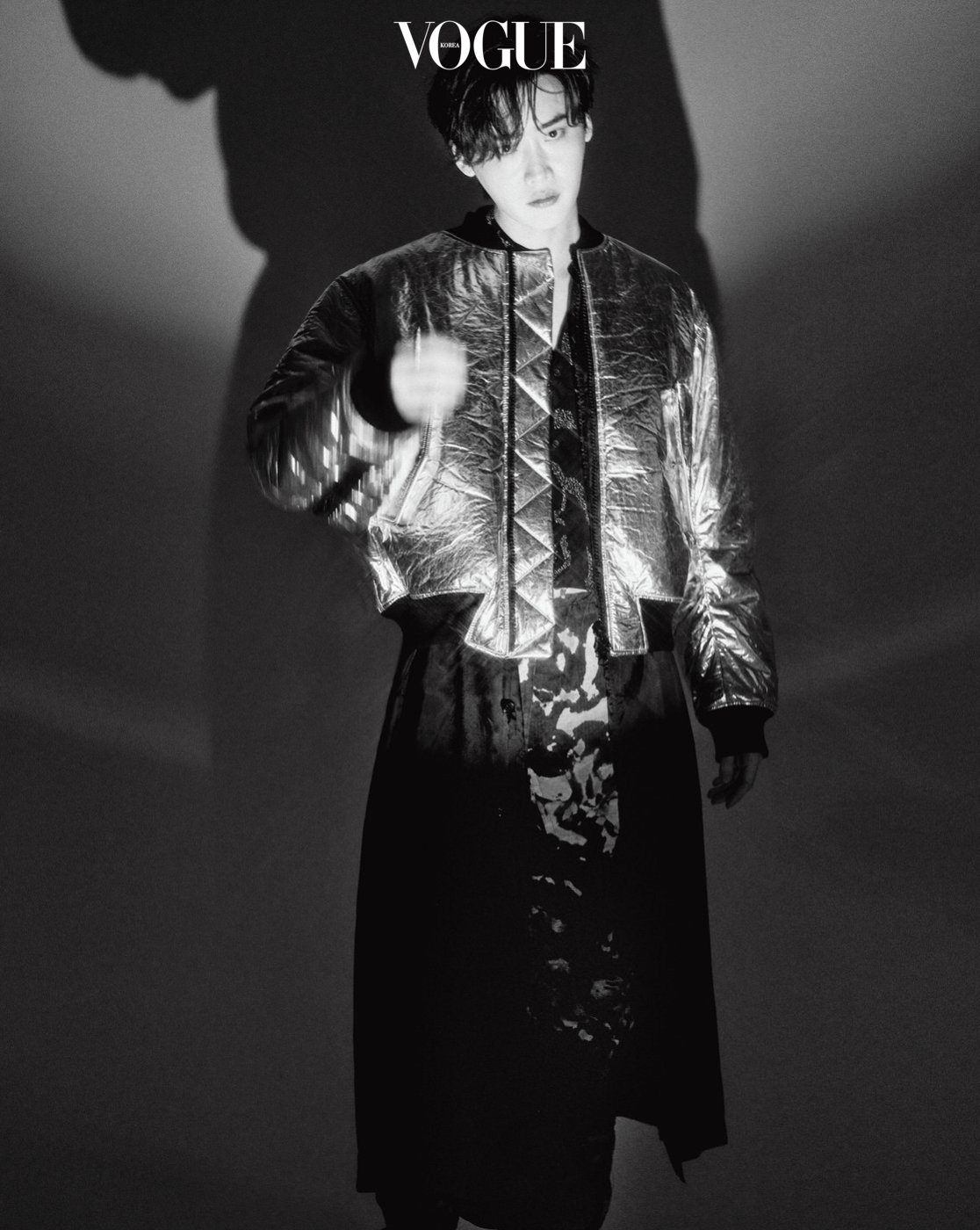 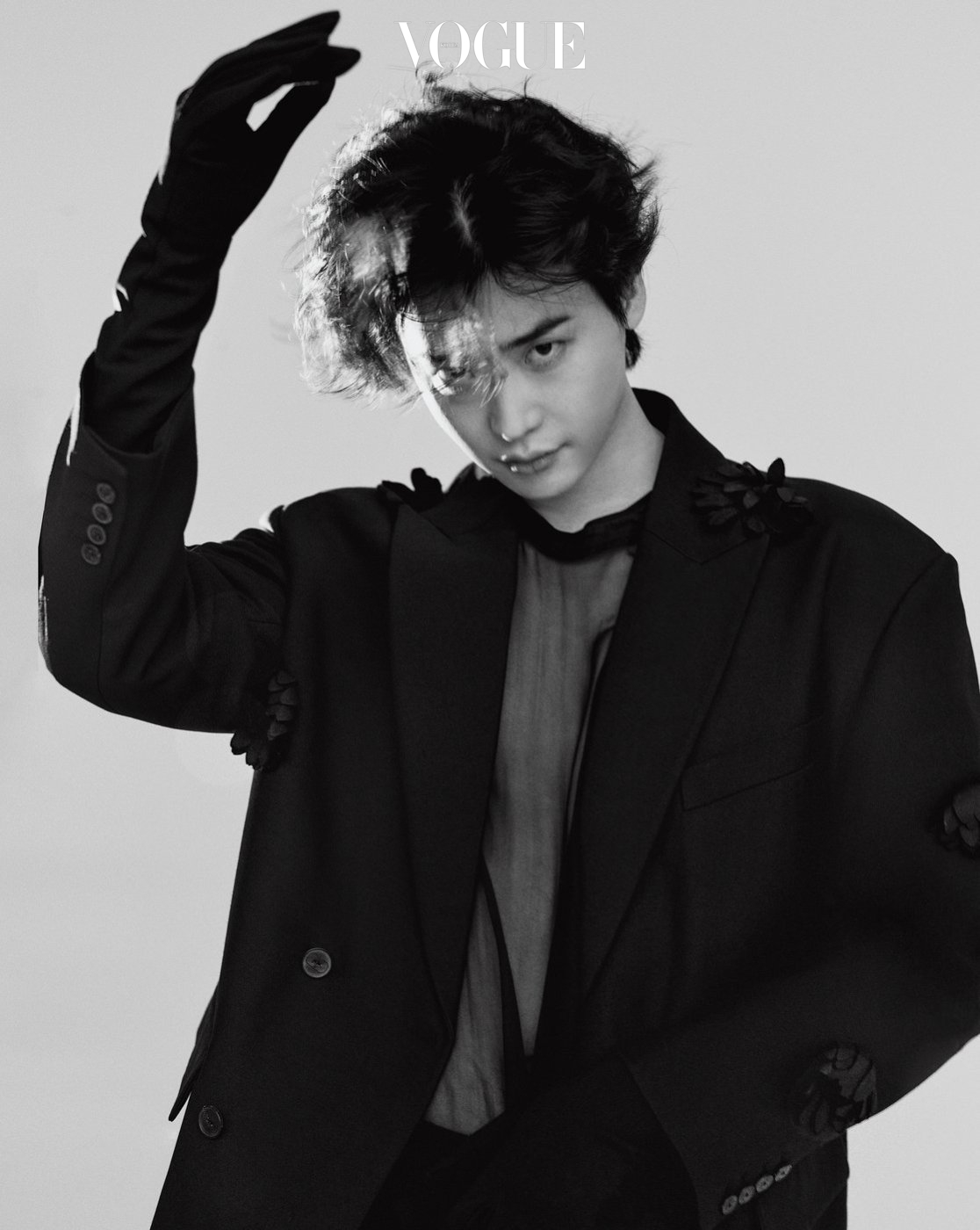 In regards to what his upcoming plans are, Lee Jong Suk admitted that he will be quite busy with work for “Decibel,” finishing up filming and then inevitably entering into the busiest period of promotional events that will come along with the film’s release. “For the time being, I’ll just rest,” he said. “I plan to just breathe slowly while I try to make more specific plans.”

Finally, the interviewer brought up something Lee Jong Suk had said all those years ago during his past interview with Vogue Korea, reminding him of a time when he had said he wanted to go on to become an actor who earned lots of money and who would work tirelessly to appear in all types of works and maintain popularity in the public eye.

“That’s right. There were many different meanings that went into those words,” Lee Jong Suk agreed. “Right now, rather than having some sort of goal, I want to become a person who is a bit more relaxed. I just hope that I can be content and feel at peace every single day. Then I’ll be able to better focus on my life.” 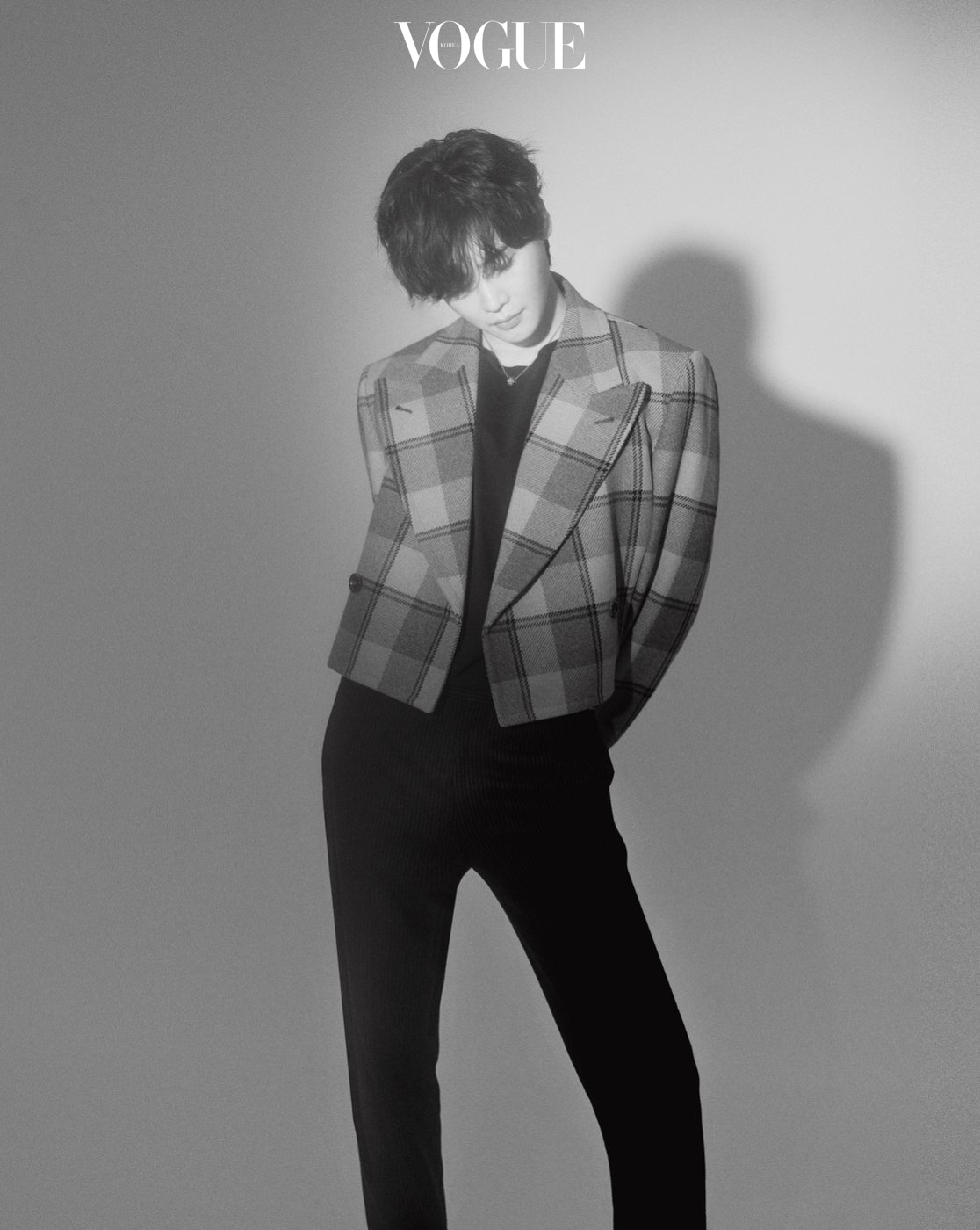 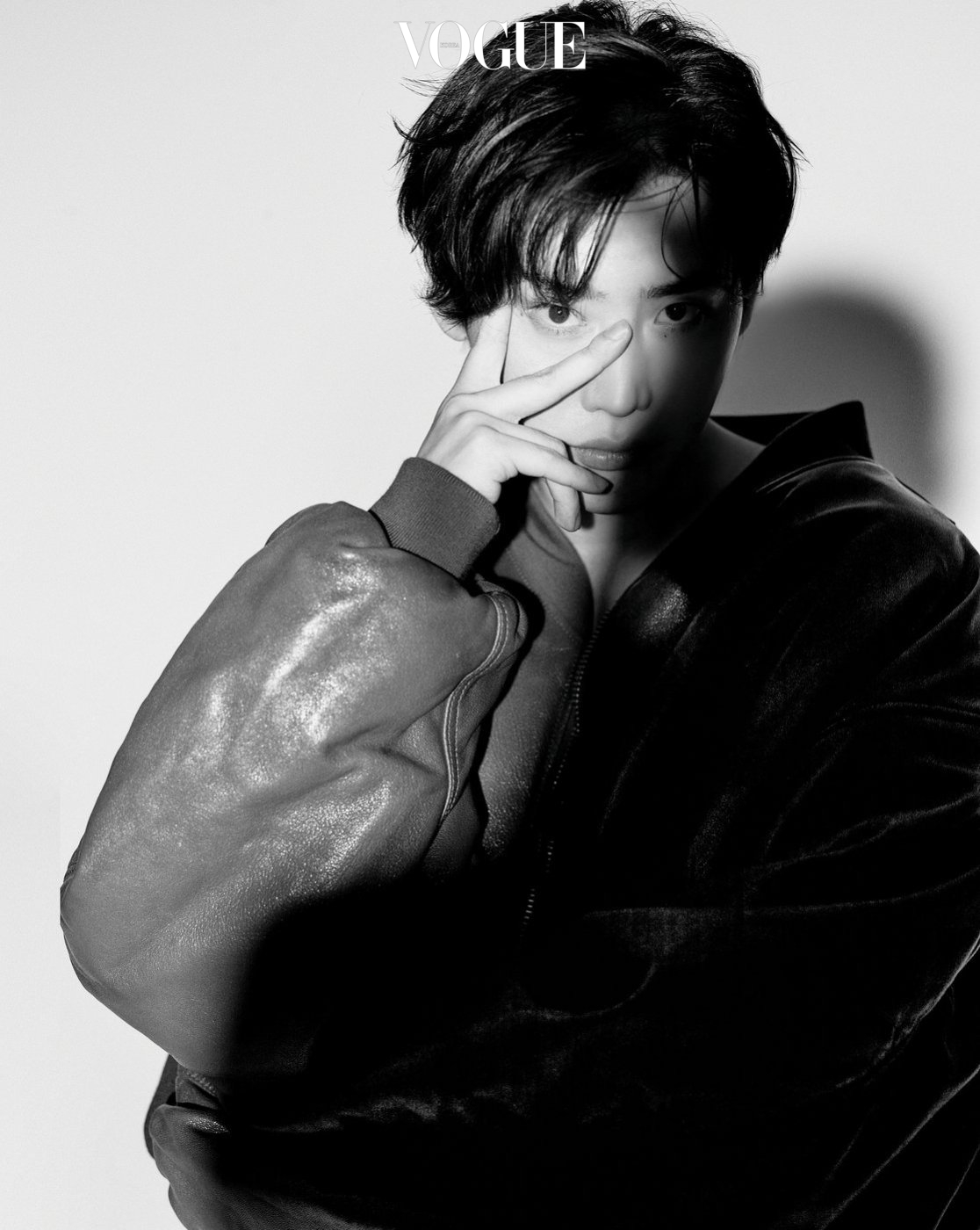 The full interview and photo shoot are available in the October 2022 issue of Vogue Korea.

Watch Lee Jong Suk in “While You Were Sleeping” here:

Lee Jong Suk
Vogue Korea
How does this article make you feel?