“Curtain Call” is a drama series that will tell the story of Ja Geum Soon (Go Doo Shim), an elderly woman from North Korea who recruits a young theatre actor named Yoo Jae Heon (Kang Ha Neul) to fulfill her last wish with the limited time she has left. The drama will center around the family of Ja Geum Soon and the connections between the people in Ja Geum Soon’s Paradise Hotel.

In the newly released stills, the two sit opposite one another in a silent face-off, the tensions of both a budding romance and something much heavier clouding the air between them. The two are engaged in a tug-of-war as Park Se Yeon runs forward with abandon in order to save the Paradise Hotel while Bae Dong Jae chases after her heart. 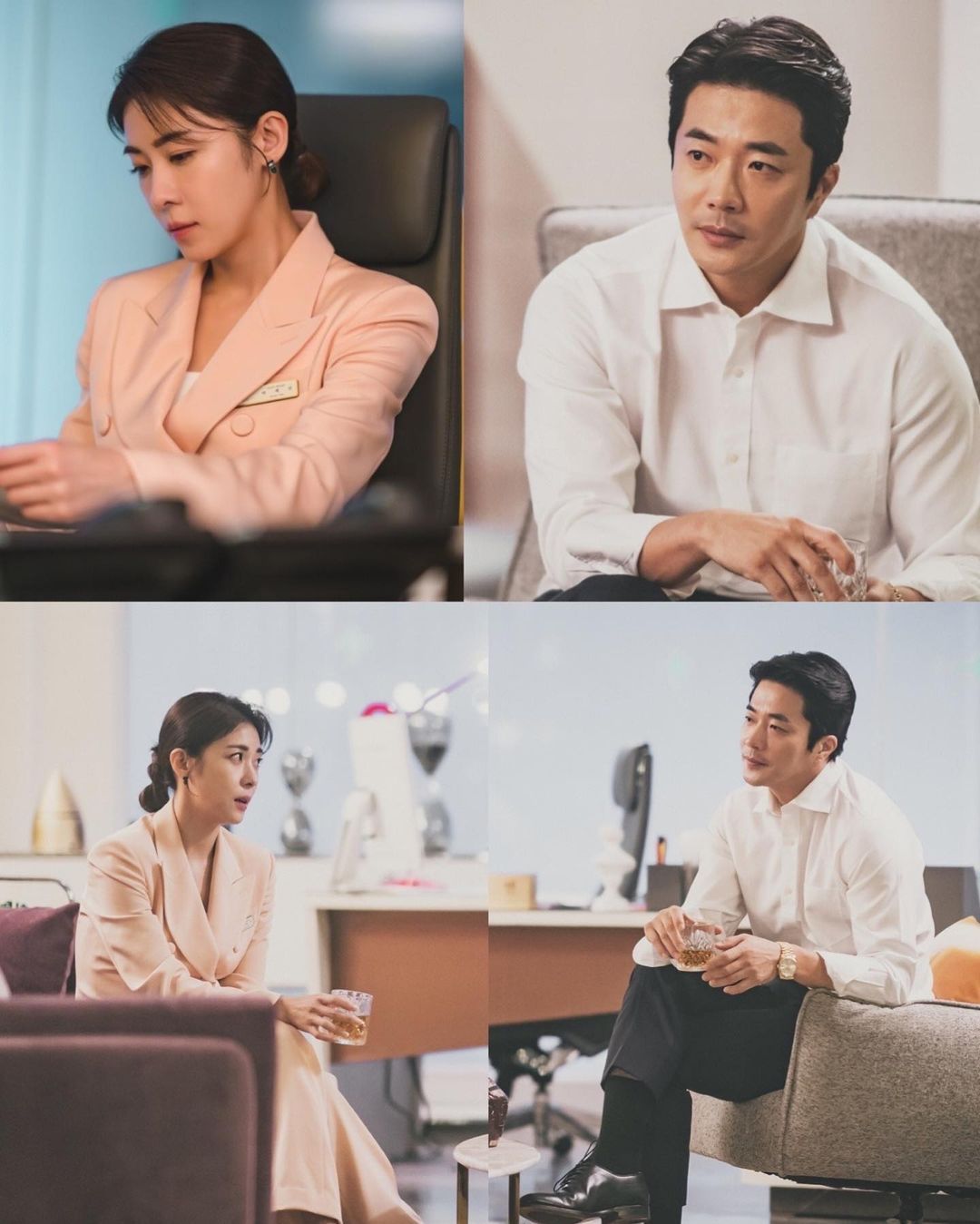 Ha Ji Won and Kwon Sang Woo have already worked together once in the film “Love, So Divine” and are expected to show off their perfect on-screen chemistry in “Curtain Call” as well.