On October 18 at midnight KST, KARA announced their highly-anticipated reunion with a 15th anniversary album titled “MOVE AGAIN”! The album will drop on November 29 and you can check out the group’s first teaser below! 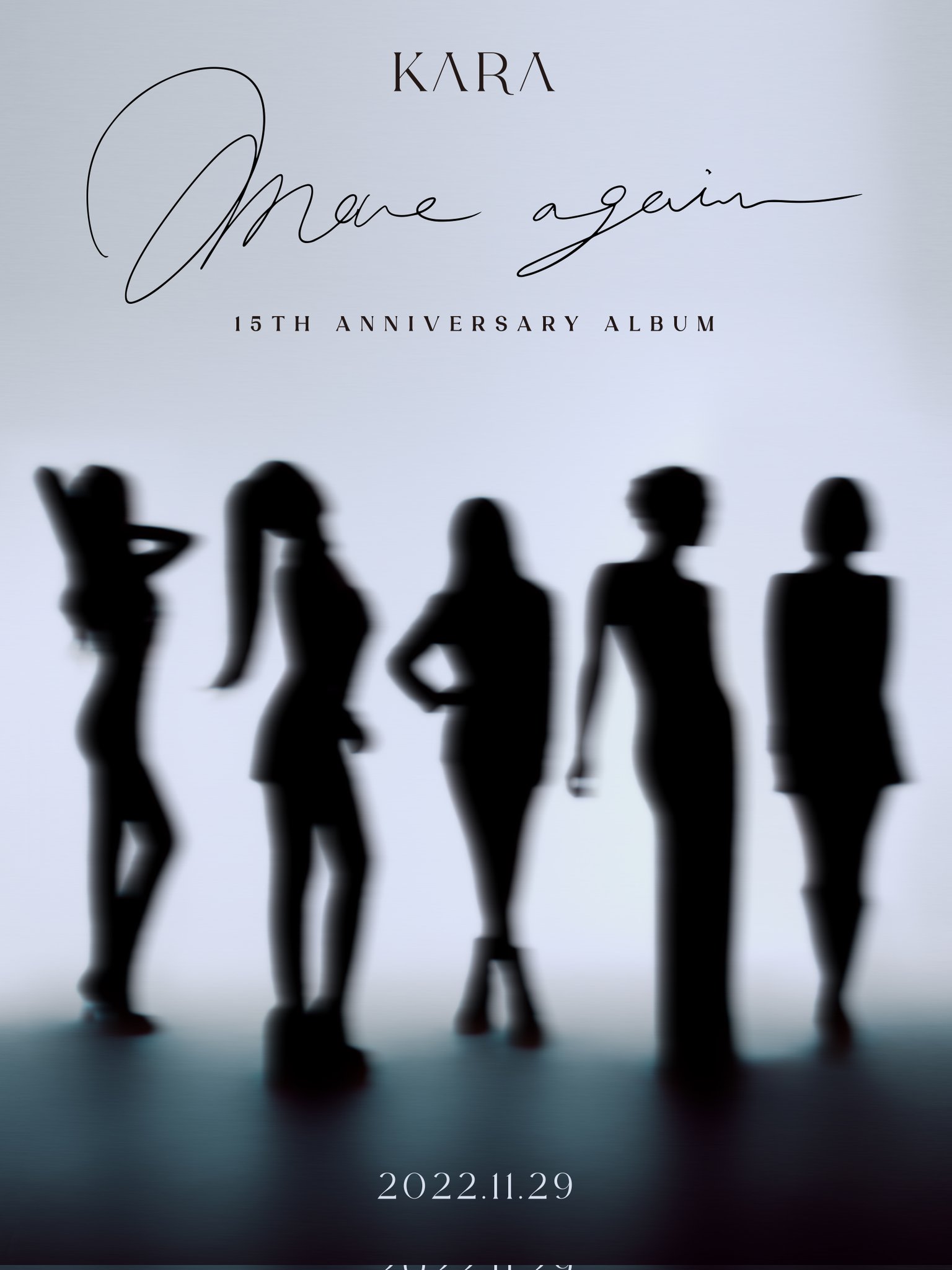 Earlier this year in September, a source from RBW, which is DSP Media’s holding company, confirmed, “KARA will be releasing their 15th debut anniversary album in November. Since they are showcasing their 15th debut anniversary album after gathering together for the first time in a while, we plan on supporting the KARA members so that they can express their feelings of wanting to gift their fans to the fullest.”

This will be KARA’s first album as a group since the release of their seventh mini album “In Love” back in May 2015. Park Gyuri, Han Seung Yeon, and Heo Young Ji will be reuniting with former members Nicole and Kang Ji Young, who parted ways with the group in 2014, for this meaningful new album.