Gong Yoo sat down with Elle Korea for an interview after wrapping up a photo shoot for the November 2022 issue where he talked all about what he has learned from being one of the most legendary Korean actors and his hopes going forward!

More than 20 years have already passed since Gong Yoo’s acting debut. Now that he has reached a point in his career where he can be quite flexible in his work, Gong Yoo spoke honestly about how he is able to maintain focussed on just one project at a time.

“I’m a person who finds it difficult to get started,” he admits. “Only after I’ve done a lot of thinking and become quite determined can I start things. It’s the same when it comes to getting to know people. I’m not the type to quickly get close to people, but once the door opens, that connection deepens. If I feel like we’ll match well together, and it seems fun, then I start to become curious. I am very curious and have a lot of questions.” This persistence and never-ending curiosity is what really allows him to get to immersed in his work and remain focussed. 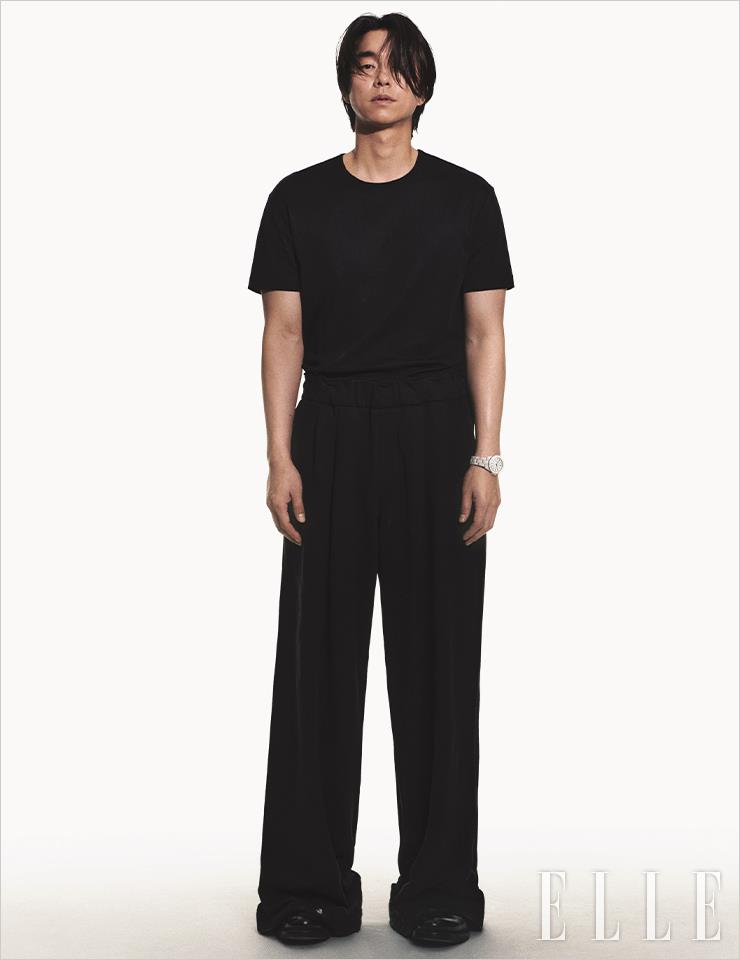 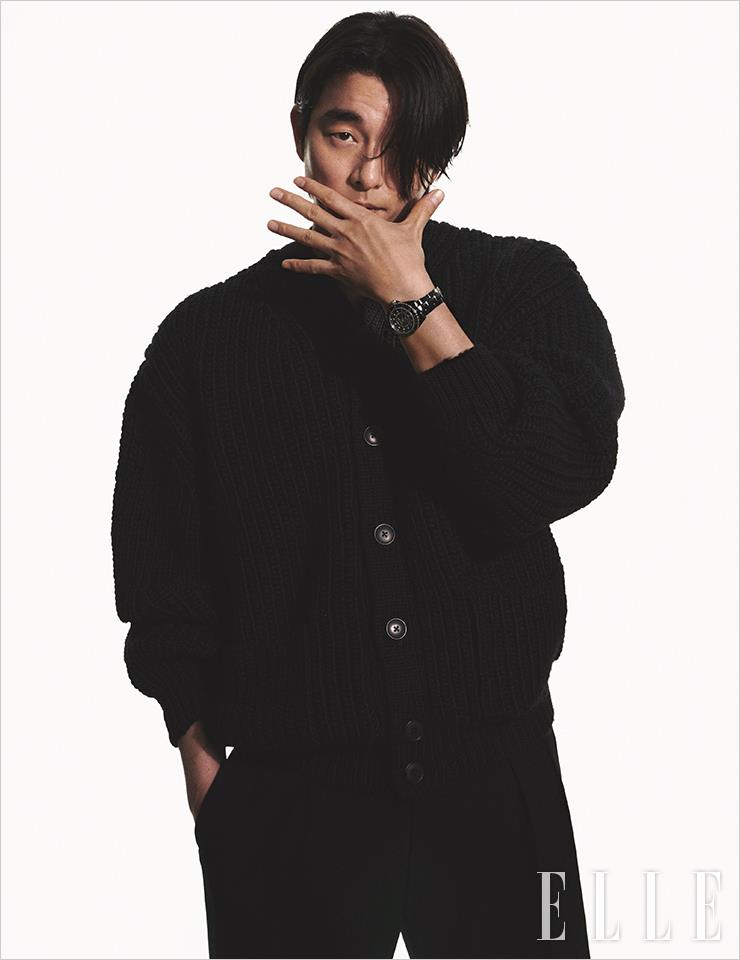 He shares how he takes pride in incorporating his tendency to fixate on the smallest of details into his acting. “[I take note of] a detail that is so small and fleeting that I may be the only one to perceive. It’s from these kinds of things that I feel a real sense of accomplishment and satisfaction. The thrill of meeting a director or an actor with a similar tendency and creating synergy is highly addictive. I get close to them like I’ve known them for a long time.” 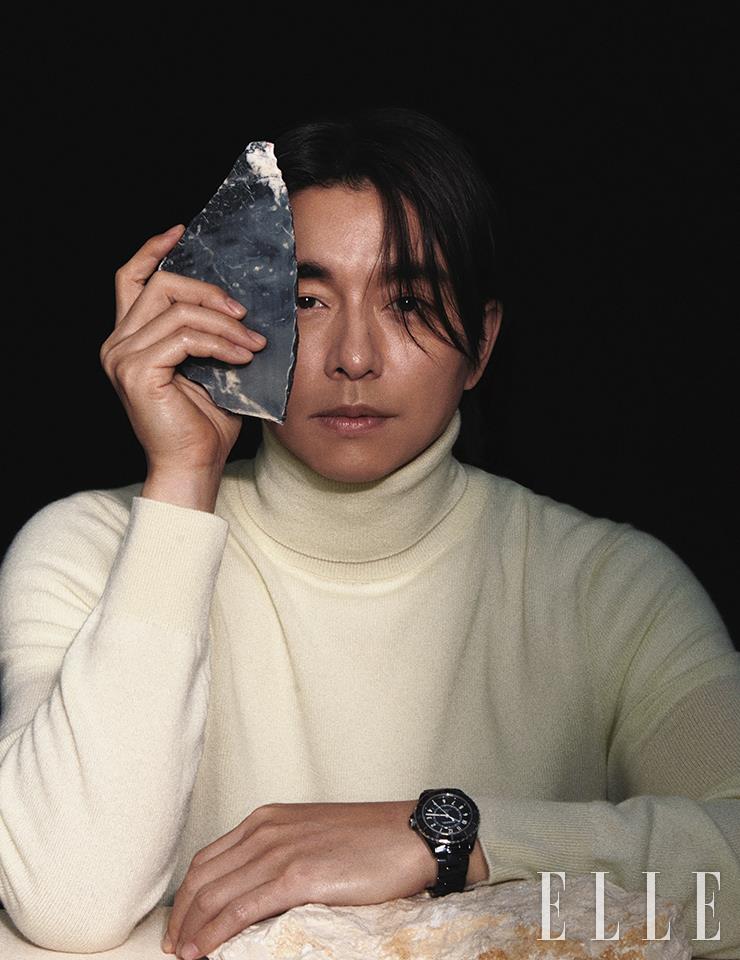 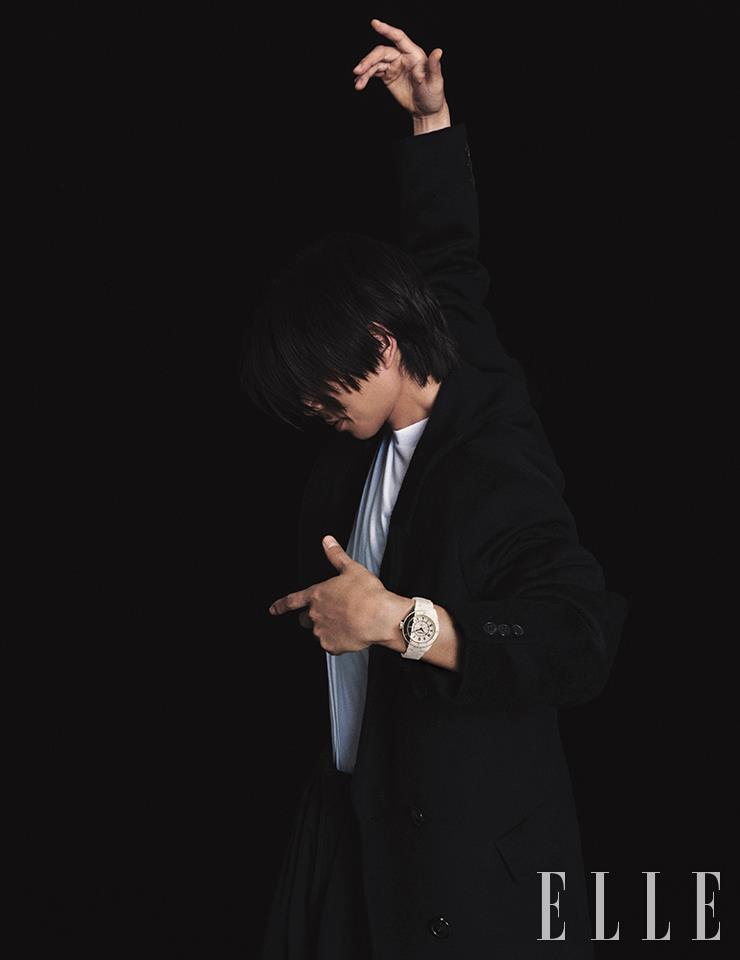 When asked about what kind of emotions he’d like to experience in his own life that he has not before or has only experienced through his characters, Gong Yoo candidly responded with “fatherhood” as his answer.

“It’s the emotion I’m most curious about,” he says. “It’s an unknown world that I’ve never experienced, and I can’t predict when my present self will come to experience such things.” He reveals that this has led him to take on the father figure role in many of his works and always the father of a daughter.

Through these roles, he explains how his perception of raising a child has changed over the years. “Up until my early 30s, whenever I saw a baby, the emotions I would feel were mostly, ‘Oh, they’re so pretty!’ But now, the weight of such an existence feels different. Questions like, ‘Could I raise a child well?’ and, ‘Do I possess the talent to pull off the role of a father?’ and even the thought of, ‘Would giving birth to a child in these times even be good for them?’ have made me a bit more fearful and careful.” 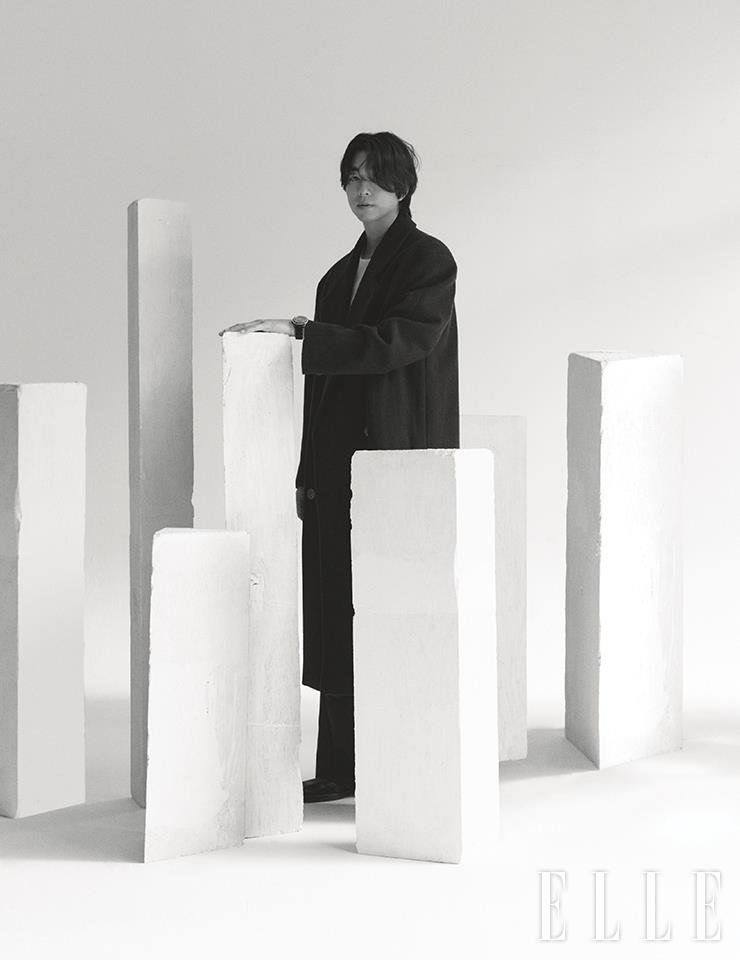 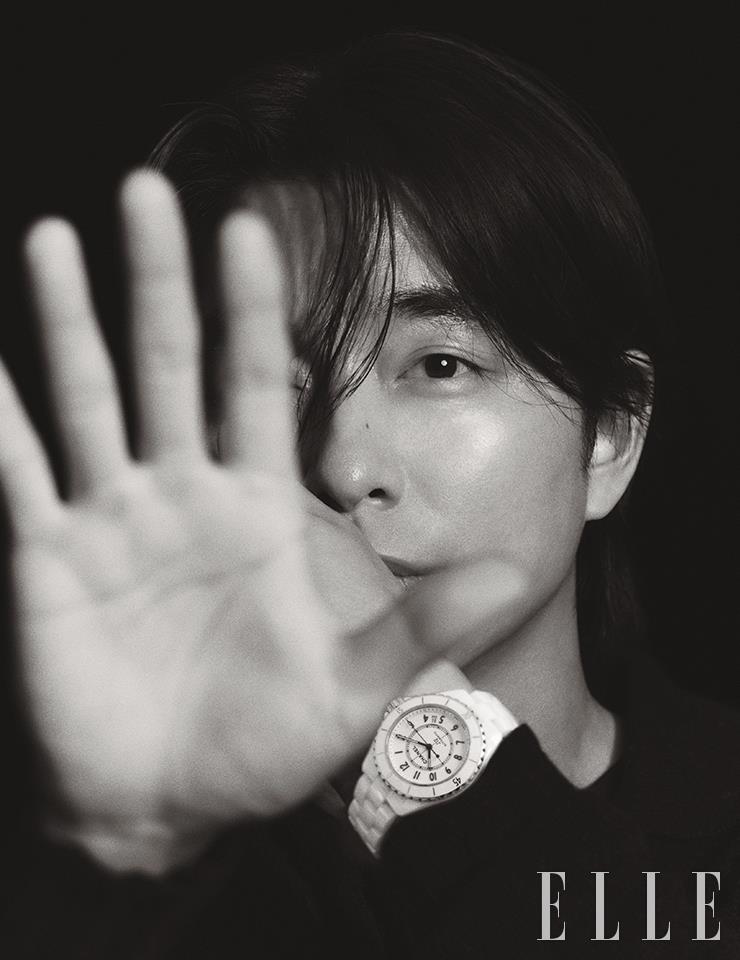 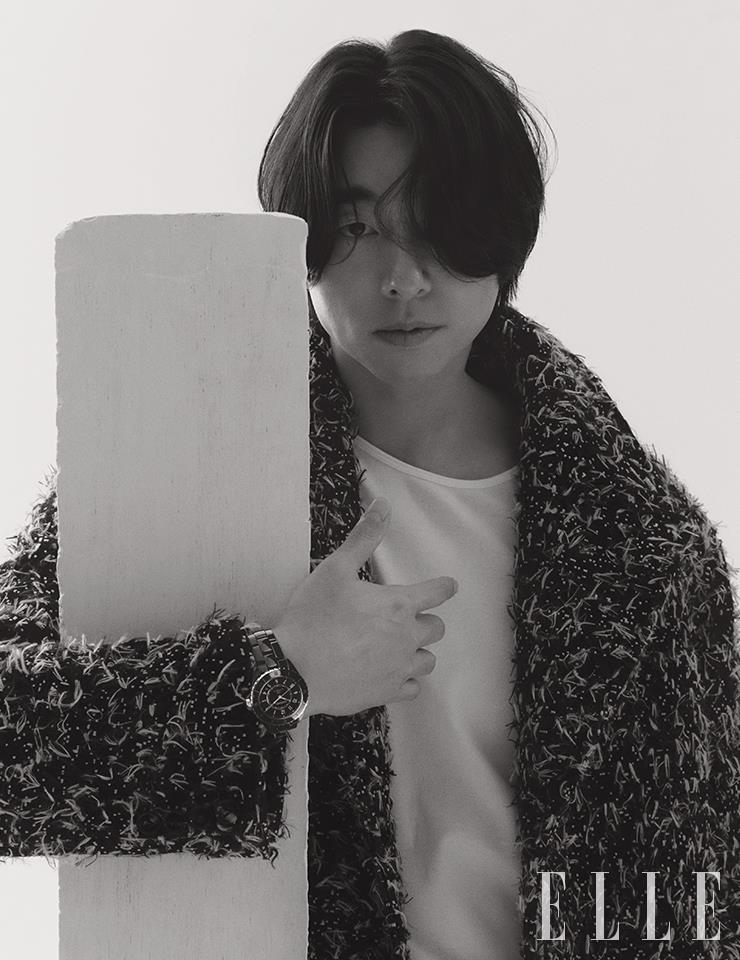 On a bit of a lighter note, Gong Yoo talked with enthusiasm about his hobby of fishing, describing himself as a very patient person despite having thought that he was the type to always be in a hurry for the longest time.

“In doing acting work, I’ve come to realize that I have more patience than I thought,” he says. “When I go fishing, I enjoy the waiting. You can’t see what’s happening under the water. You approach the situation based off of the information the sea gives you one by one. Casting my line and waiting is really a lot of fun. It’s thanks to this waiting that I feel so happy.” 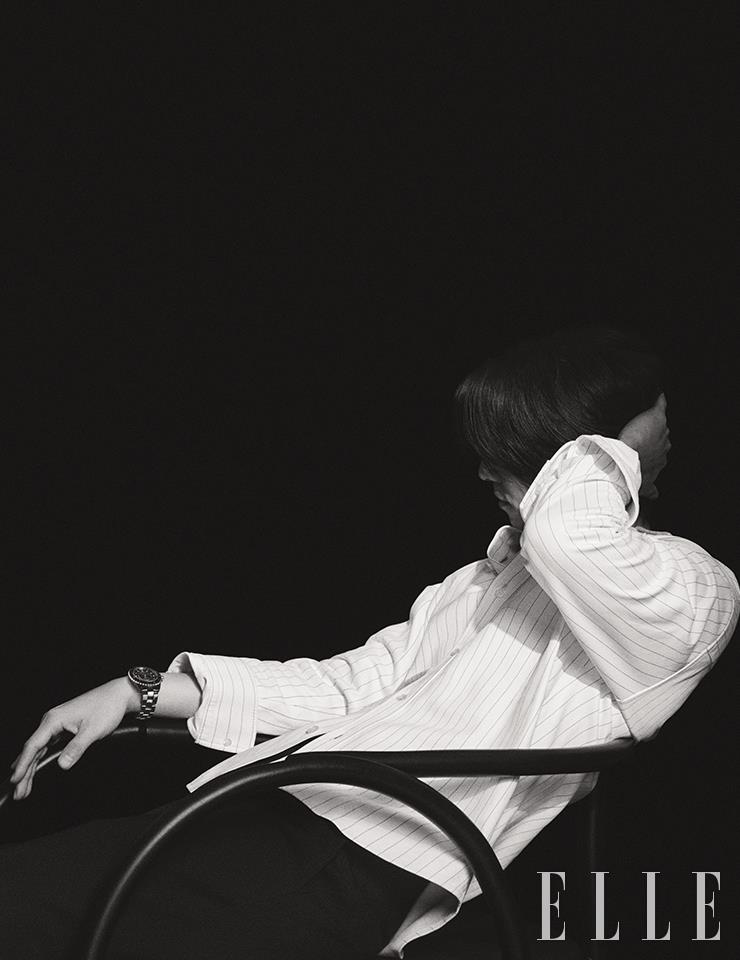 Finally, as a seasoned veteran in acting, Gong Yoo shared how he has gained confidence in following his own intuitions but also expresses areas that he still feels he can grow in.

He expresses how he now has the courage to pursue things simply for the fun of it instead of solely focussing on the realistic pros and cons of taking on a project. “It’s true that when I was younger I needed to reach an agreement and compromise that was more realistic. Just because it was fun for me didn’t mean that I could do it all, and I didn’t let myself. Now I’ve become more free and more brave.” He then goes on to explain how endlessly grateful he is for the love given to him by fans but expresses how he also wants to feel more free from the expectations put on him from the box offices and the film industry. “I want to break down the boundaries between the things I wanted to do but couldn’t and the things I perceived by following the path of an actor that I had drawn roughly ever since I was younger.” 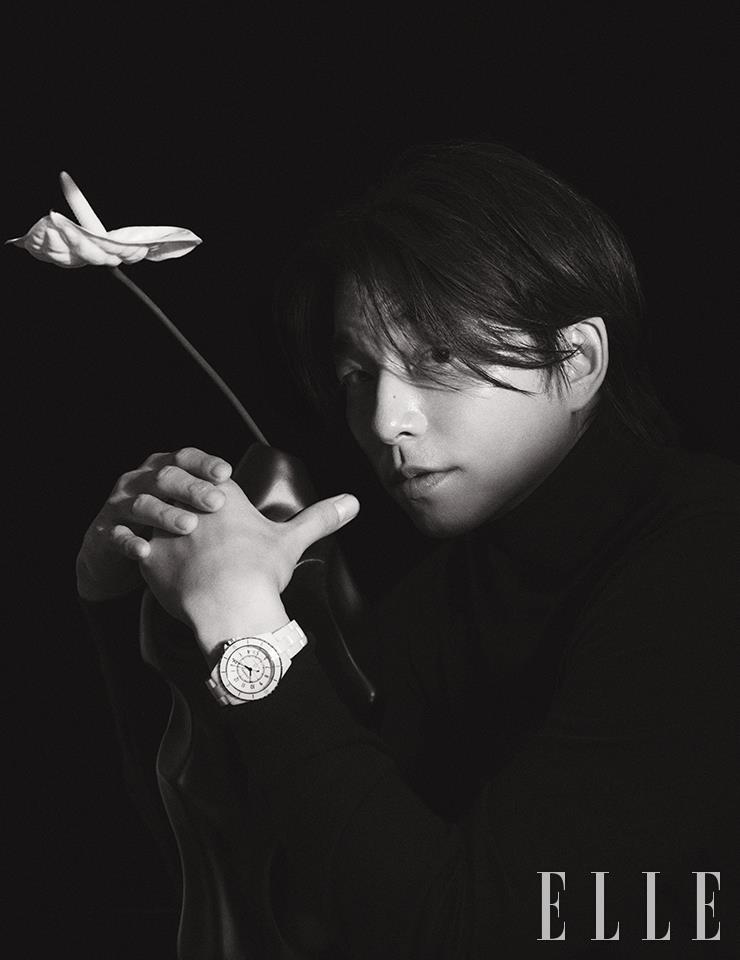 You can check out the full interview with Gong Yoo in the November 2022 edition of Elle Korea!

Elle Korea
Gong Yoo
How does this article make you feel?