“The Distributors” (literal title) is a crime thriller film about a man whose secrets get “unlocked” unwillingly by someone. The film depicts how the photographs and videos that are inadvertently taken by people can ruin someone’s life in this modern society where people cannot be free from smartphones.

At the center of the poster is Do Yoo Bin (Park Sung Hoon) whose secrets get forcibly revealed due to a momentary mistake he makes. Surrounding him are the suspects of the case. Do Yoo Bin stares intently with a firm expression after receiving an anonymous phone call from someone, making viewers curious to find out what kind of secrets he holds. Meanwhile, Do Yoo Bin’s fiancée Im Sun Ae (Kim So Eun) is looking at Do Yoo Bin with suspicious eyes, raising tension in the story.

The serious looking Gong Sang Beom (Song Jin Woo) will work together with Do Yoo Bin to search for clues to find the initial distributor of the video. Kim Da Eun (Lim Nayoung), who shows off her charm with an alluring expression, seems as if she knows the secrets of the case, adding to the curiosity. Last but not least, Lee Sang Hee (Park Joo Hee) on the top left is full of passion while pursuing the truth behind the case.

The appearance of the real culprit, whose identity is hidden in anonymity in cyberspace, is shown as a silhouette in a hoodie, heralding an unpredictable development of the story. While suspicions grow, the text that reads, “The secret of that day has begun to spread outside the world,” foreshadows the repercussions that ensue when someone’s secretive private life becomes known in the anonymous cyberspace. 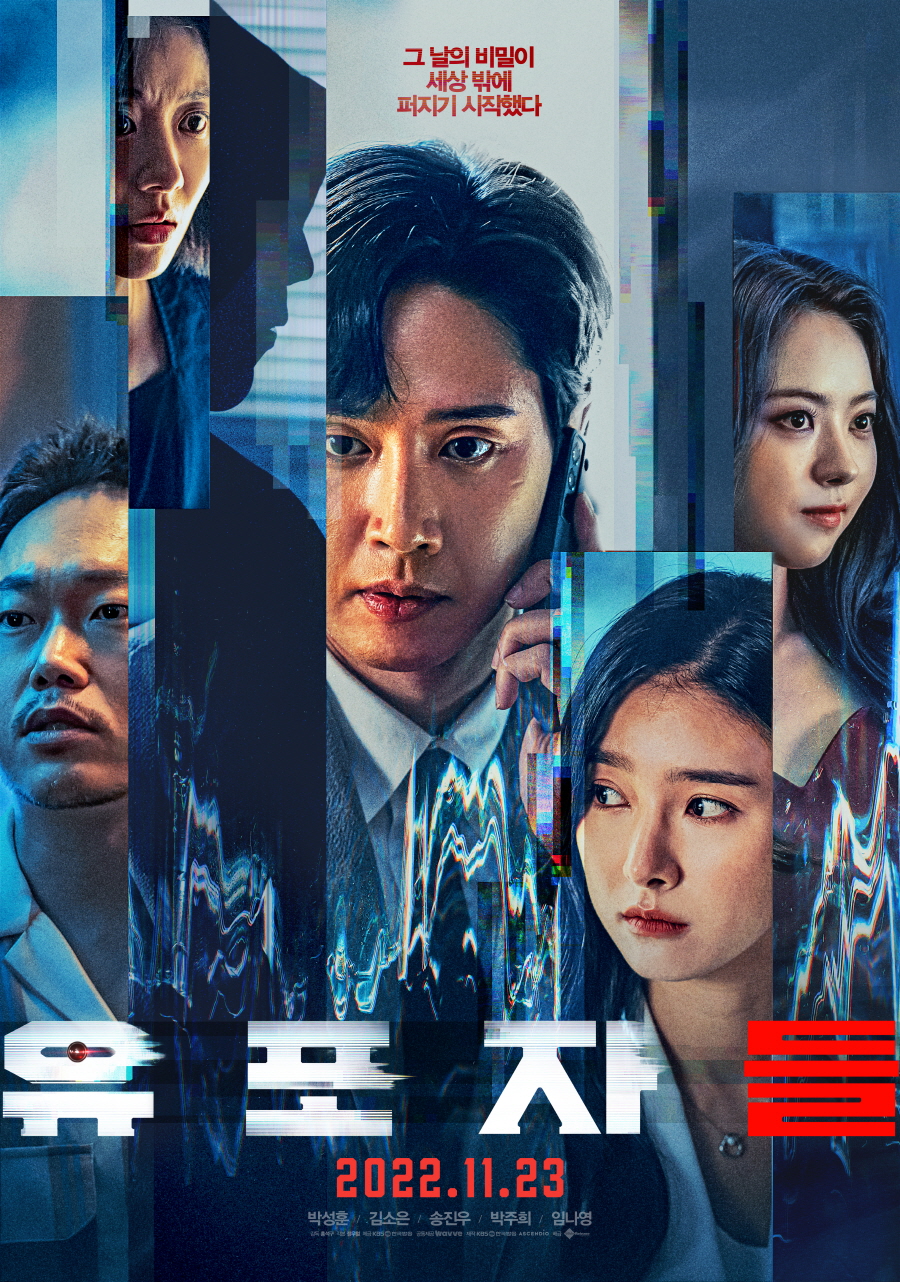 “The Dispersers” will hit theaters on November 23. Stay tuned!

While waiting, check out Kim Sung Hoon in “Psychopath Diary“: