On the latest episode of “The King of Mask Singer,” the identity of “Heavy Metal” was revealed!

During the November 13 broadcast of the MBC singing competition, eight new contestants stepped up to challenge the reigning champion.

In the final match-up of Round 1, “Heavy Metal” went up against “Glass Mental” as they performed an emotional rendition of Park Jin Young and Sunye’s ballad “Farewell Under the Sun.”

After their performance, the panelists tried to figure out both contestants’ identities, with singer Tim guessing that Heavy Metal might be EXO‘s Suho. Explaining that he went to the same gym as Suho, he noted, “They have similar physiques.”

To help the panelists out, dancer Honey J of “Street Woman Fighter” gave them a few big hints in a special pre-recorded video message. After praising Heavy Metal’s dance skills, Honey J revealed that he had always been at the top of his class at the school where she taught—and that he was also a multi-talented artist who had composed numerous songs.

After hearing all this new information, DRIPPIN’s Cha Jun Ho confidently declared that he had a good idea of who Heavy Metal might be. Explaining that he had gone to Hanlim Arts School, where Honey J taught, Cha Jun Ho guessed that Heavy Metal was PENTAGON’s Kino. 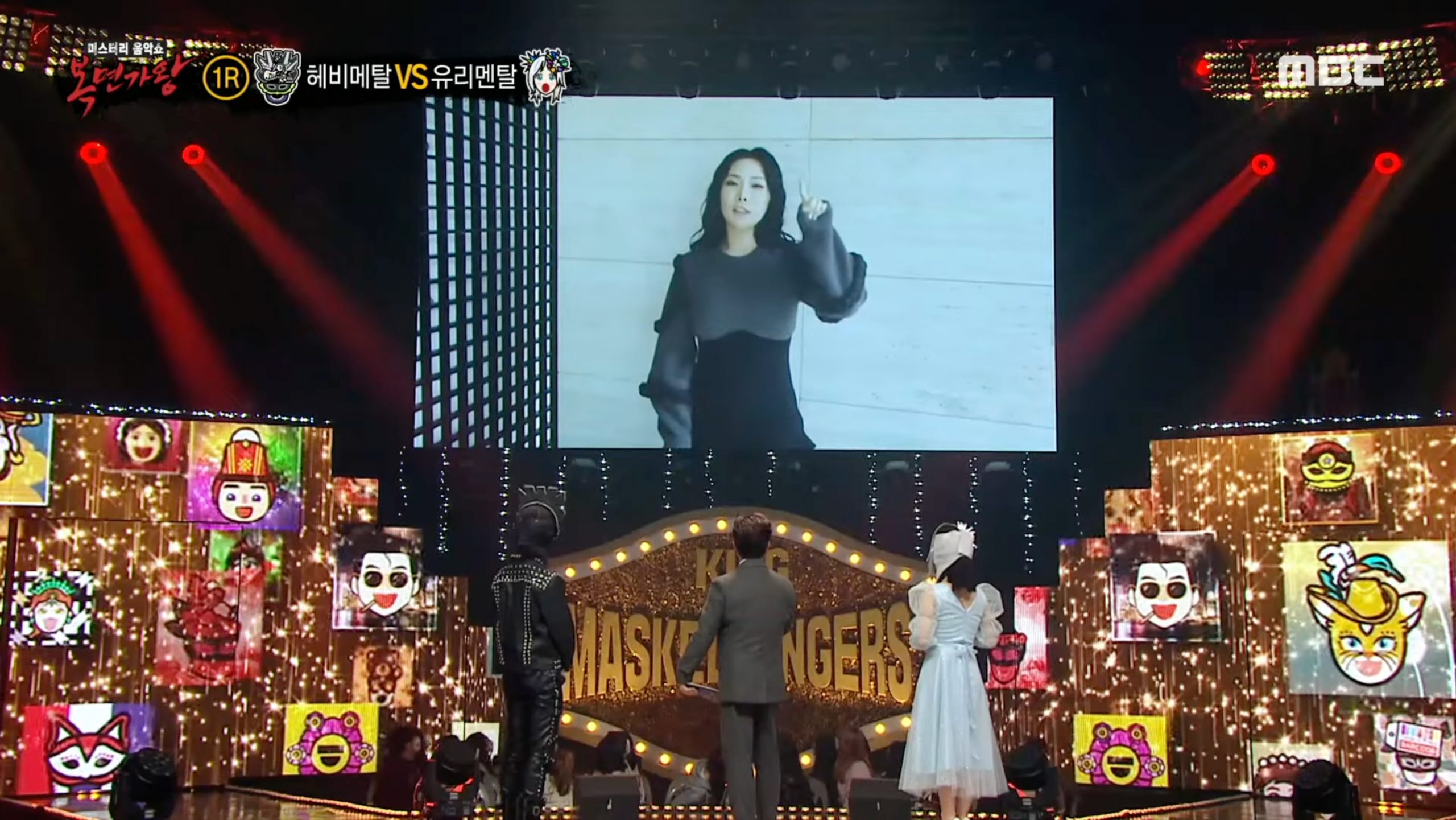 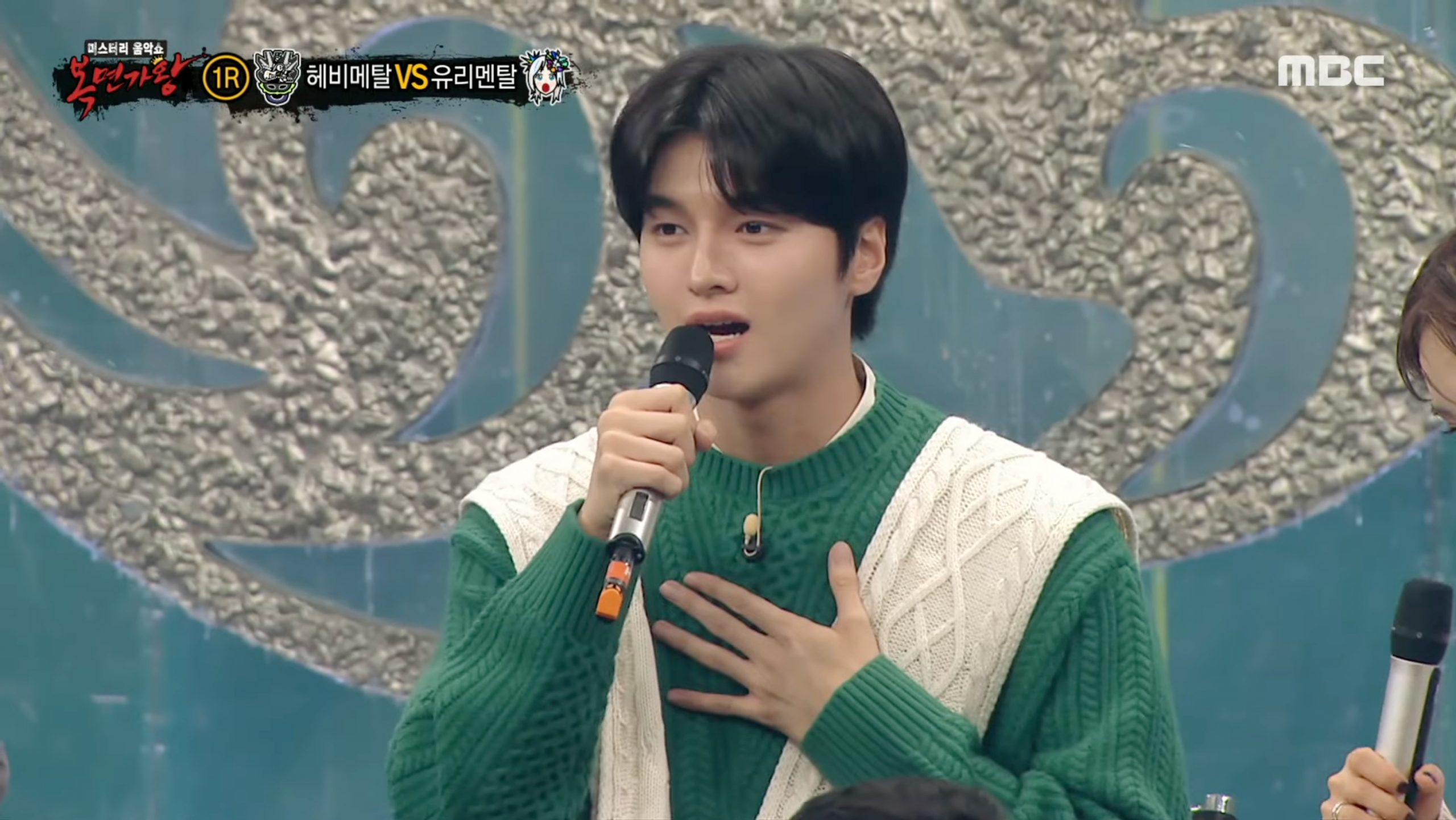 Although both Heavy Metal and Glass Metal melted the audience’s hearts with their soulful vocals, Glass Mental ultimately won the round.

Heavy Metal then went on to perform a rock-inspired cover of BLACKPINK’s “Pink Venom,” taking off his mask halfway through the song to reveal his identity.

After his unmasking, panelist Shin Bong Sun exclaimed that she wanted to see some of Kino’s famous dancing. Kino readily agreed, performing a snippet of his solo debut track “POSE.”

After the episode aired, Kino took to Instagram to share a clip from the show and a selfie that he took in his mask, writing, “I had fun on ‘The King of Mask Singer.'”

Watch the full episode of “The King of Mask Singer” with English subtitles below!

PENTAGON
BLACKPINK
Kino
The King of Mask Singer
How does this article make you feel?