One fake couple and one former couple will be sitting down for an uncomfortable dinner together on “Curtain Call”!

After Ja Geum Soon meets Yoo Jae Heon, whom she believes to be her long-lost grandson, and Seo Yoon Hee (Jung Ji So), who is pretending to be his wife, her actual granddaughter Park Se Yeon takes the faux couple under her roof.

With the trio now living together as “family,” they wind up sharing a tense dinner with Park Se Yeon’s former fiancé Bae Dong Jae (Kwon Sang Woo), who seems displeased with his company. All four of them appear awkward and stiff as Seo Yoon Hee attempts to lighten the atmosphere through conversation.

However, something Yoo Jae Heon says during the meal upsets Bae Dong Jae so much that he stops eating and even sets his utensils down on the spot. 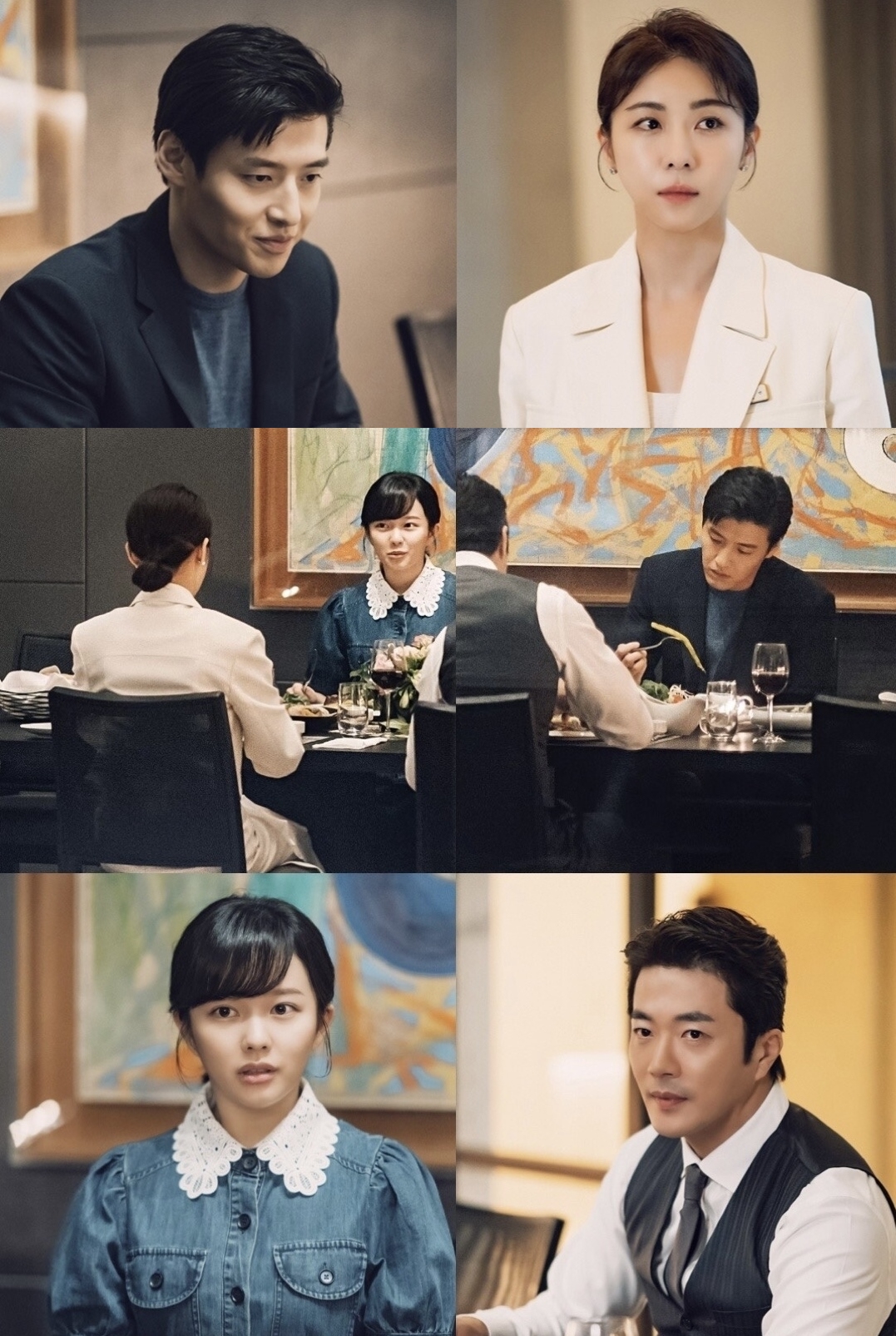