Based on the hit webtoon of the same name, “Weak Hero Class 1” is an action school drama starring Park Ji Hoon as Yeon Si Eun, a model student who excels at school, but is physically frail – making him an easy target for bullies who are jealous of his top grades. Though Yeon Si Eun appears weak on the outside, he eventually uses his brain to win his battles as he fights back against the violence that unfolds both inside and outside of school.

The new character posters star Park Ji Hoon, Choi Hyun Wook, Hong Kyung, and Lee Yeon, as well as Shin Seung Ho who is making a special appearance. Through just the actors’ gazes, they are able to tell their characters’ deep and intricate stories.

Park Ji Hoon stars as top student Yeon Si Eun who uses his intelligence to oppose the unjust violence that goes on both inside and outside his school. When he randomly becomes the target of his classmate Jeon Young Bin (Kim Su Gyeom), Yeon Si Eun gets tied up in an unexpected situation – but decides to fight rather than back down.

The way he stares down the camera emphasizes his determination to protect his friends and not give up or lose the battle. Yeon Si Eun’s confidence is highlighted in his poster caption which reads, “You guys lack the ability to learn, right?” 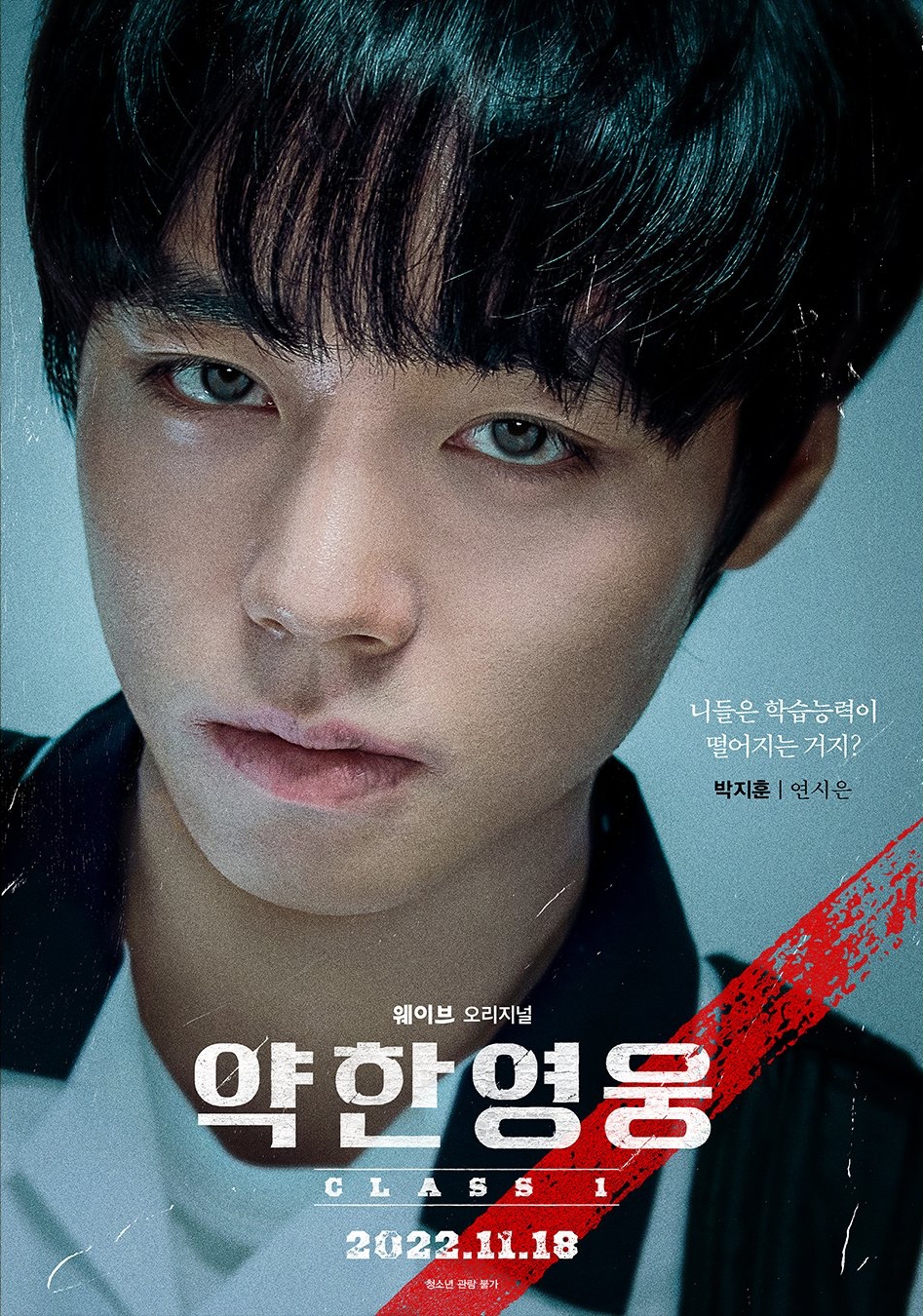 “Twenty Five, Twenty One” star Choi Hyun Wook stars as Yeon Si Eun’s classmate Ahn Su Ho, whose incomparable aura is shown in his character poster which states, “Don’t cross the line and act in moderation.” Although Su Ho diligently attends school to keep his promise to his grandmother that he will graduate with perfect attendance, he has no interest in studying or his classmates. However, he starts to grow intrigued with Yeon Si Eun who boldly goes up against unjust violence, despite his frail appearance, which is how he ends up joining his side. 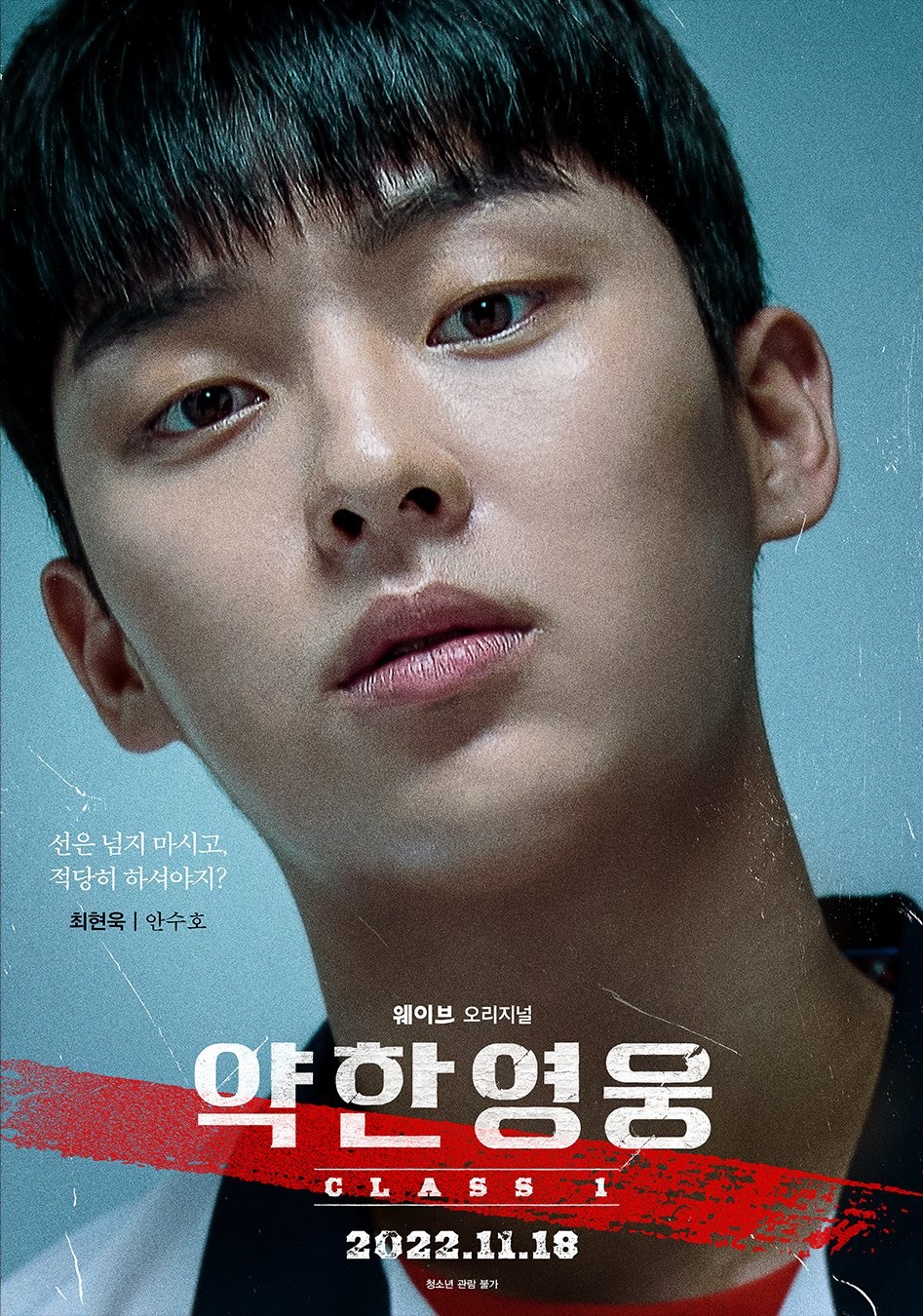 Hong Kyung plays Yeon Si Eun and Ahn Su Ho’s classmate Oh Bum Seok, who wants to grow stronger by hanging out with these two. As displayed in previous teasers, Oh Bum Seok has a shy personality, but he doesn’t hesitate to protect his friends. However, his alternate side comes out in his poster which reads, “Why are you telling me to do this and that?” With his poker face, it’s hard to tell his true inner feelings. 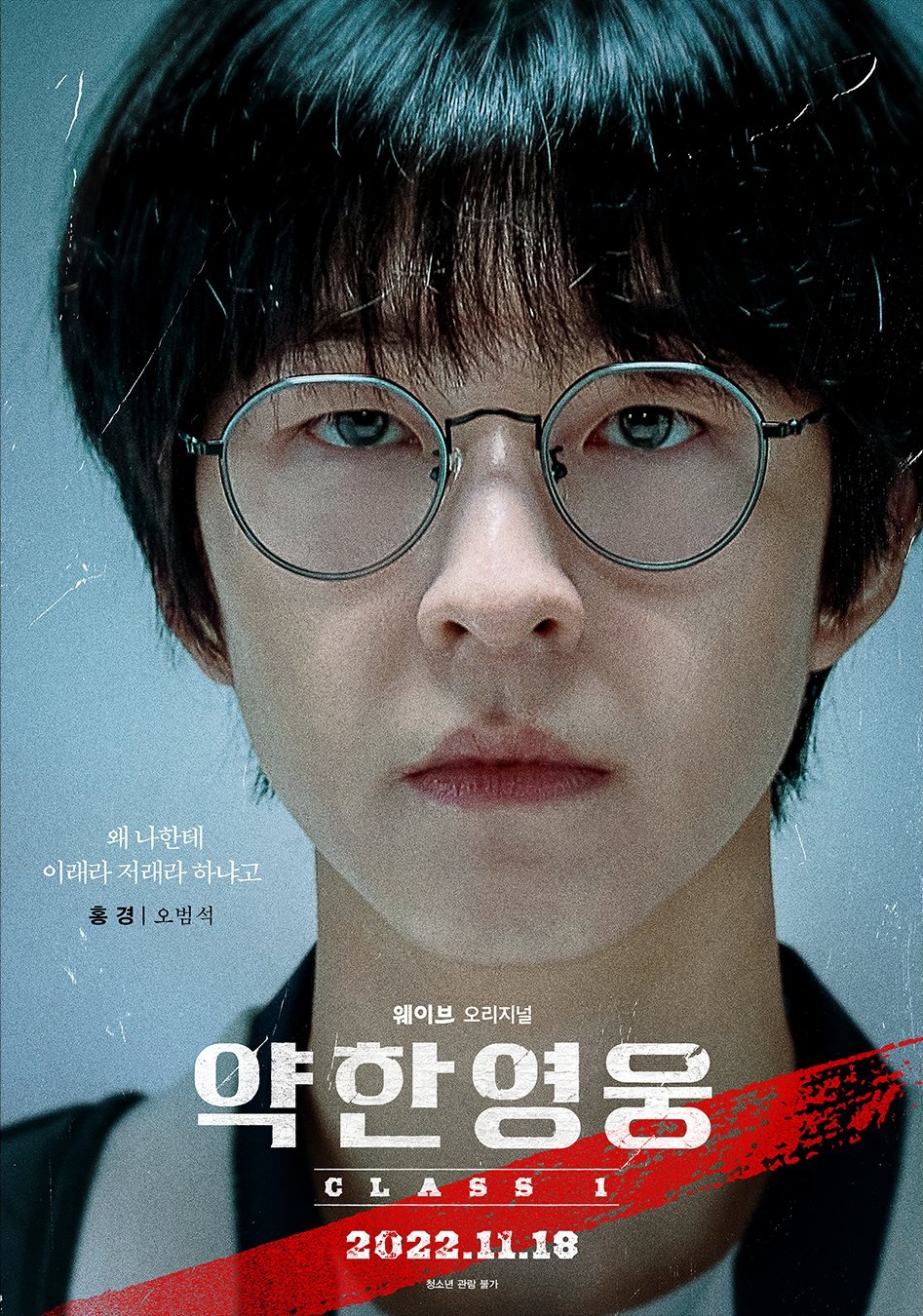 In a special appearance, Shin Seung Ho plays Jeon Seok Dae, the leader of a runaway group who will do anything for money. When his younger cousin Jeon Young Bin requests that he go up against Si Eun, Su Ho, and Beom Suk, he warns them, “I told you not to be rash, didn’t I?” However, behind his cold exterior appears to be a layer of bitterness, and his sharp eyes hide the glimmer of a tear. A key point of “Weak Hero Class 1” will be staying tuned to learn about the changes in Jeon Seok Dae’s life, as he is the greatest threat to this trio. 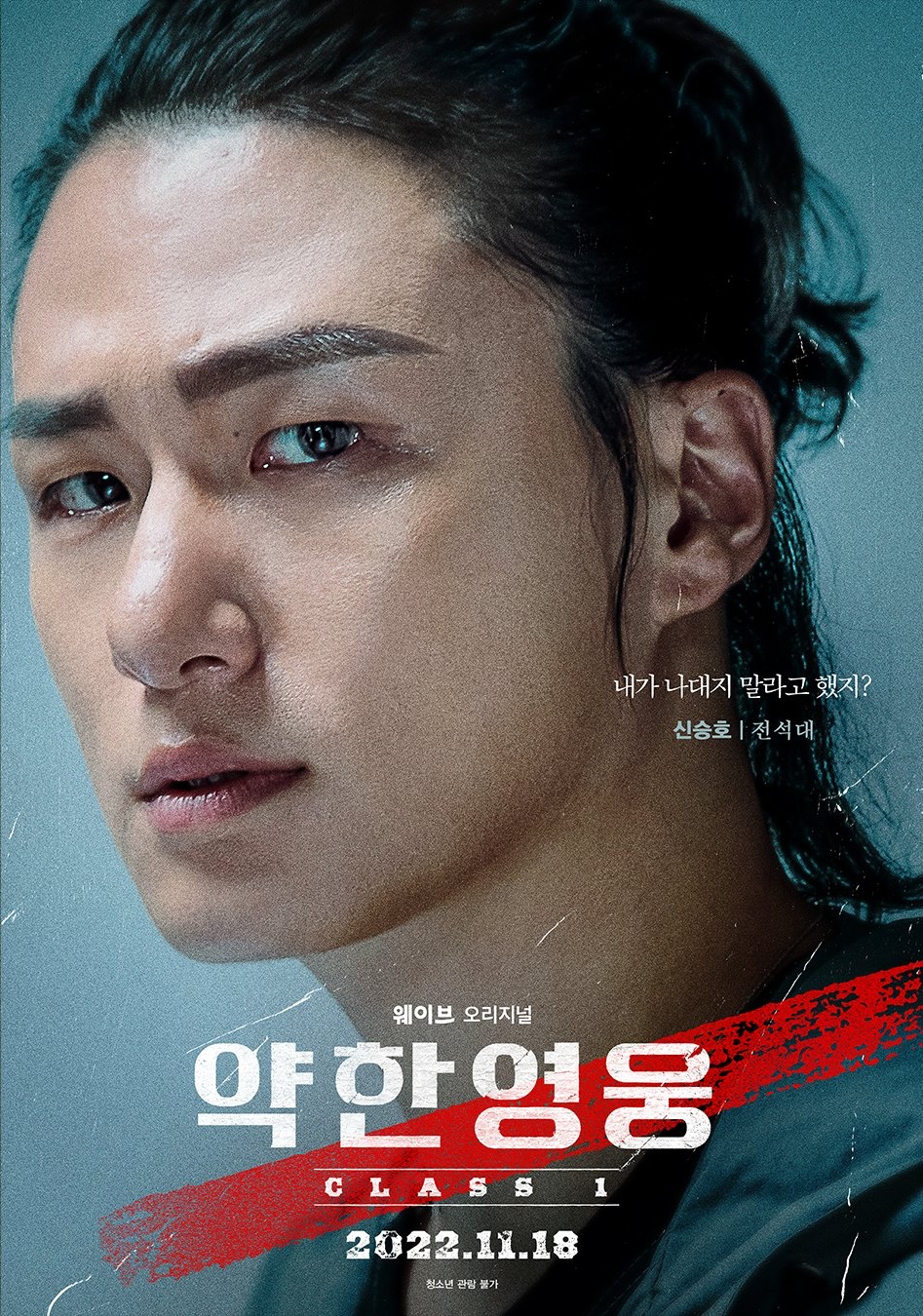 Lastly, there’s Young Yi, who’s played by Lee Yeon. Although she’s the only woman in the runaway group, she’s bold, outspoken, and never overlooked. Young Yi’s powerful expression in her poster is something worth noting as she complains, “Aren’t you embarrassed? This is not it.” Although she’s on the runaway group’s side, opposite of Si Eun, Su Ho, and Bum Seok, something the team is doing doesn’t seem to sit right with her. 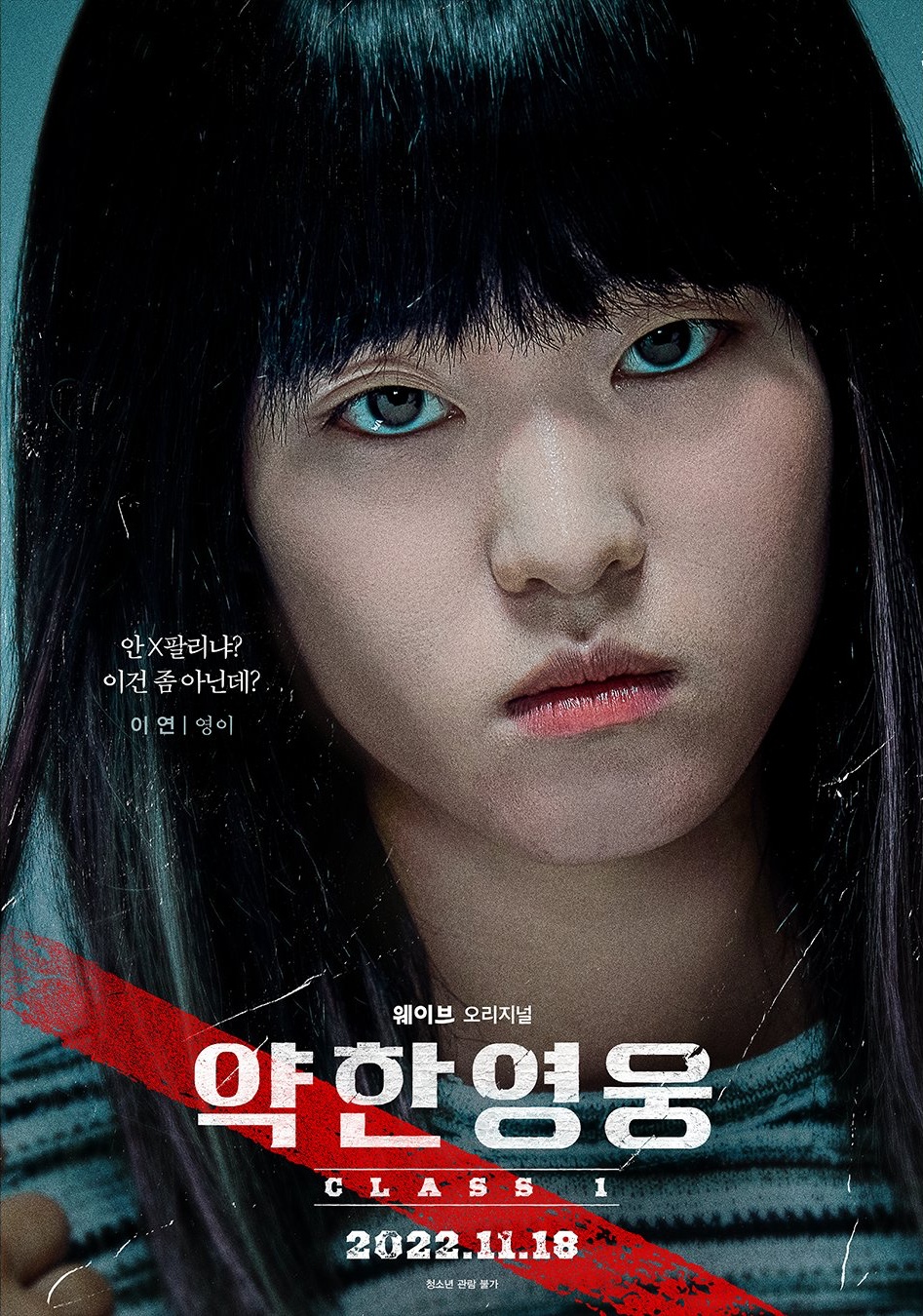