Based on the hit webtoon of the same name, “Weak Hero Class 1” is an action school drama starring Park Ji Hoon as Yeon Si Eun, a model student who excels at school, but is physically frail—making him an easy target for bullies who are jealous of his top grades. Though Yeon Si Eun appears weak on the outside, he eventually uses his brain to win his battles as he fights back against the violence that unfolds both inside and outside of school.

The tense new stills highlight the wariness Yeon Si Eun, Ahn Su Ho, and Oh Bum Seok have for the runaway group. This trio is determined to protect, as opposed to win. In the photos, Si Eun and Su Ho stare someone down with sharp gazes that are full of malice. On top of that, Su Ho has a wound on his arm and Bum Seok looks around with a worried expression, making it evident that they have been attacked. 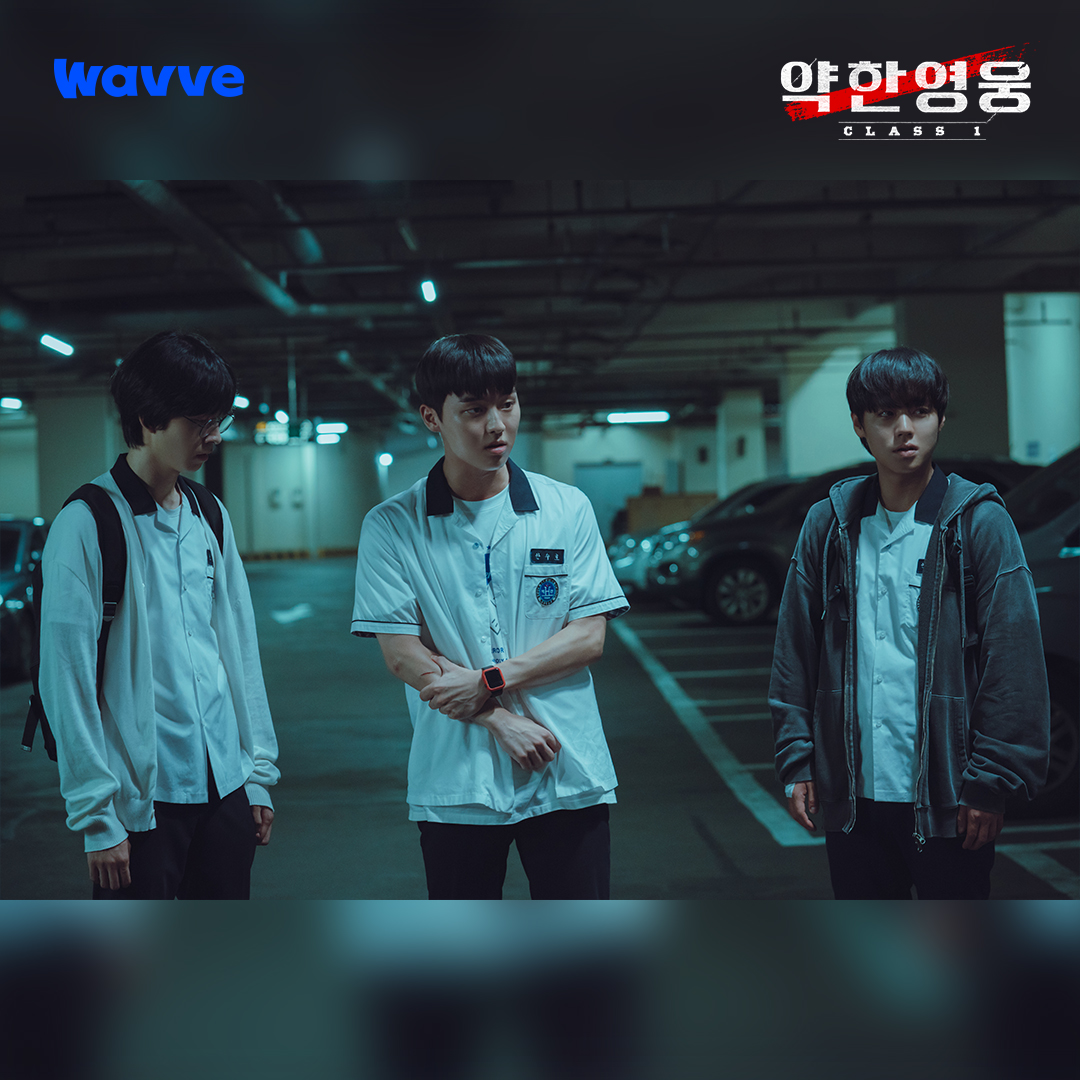 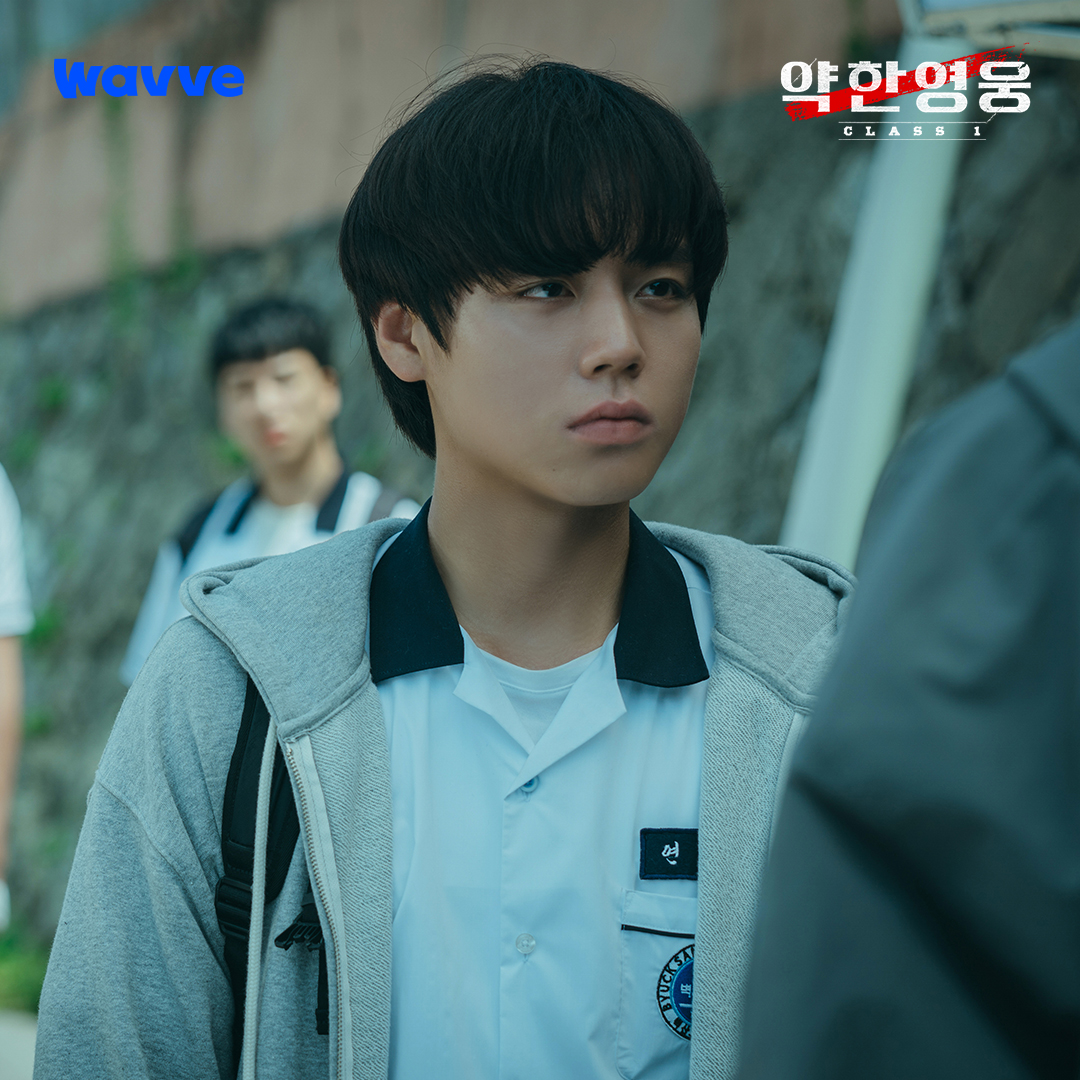 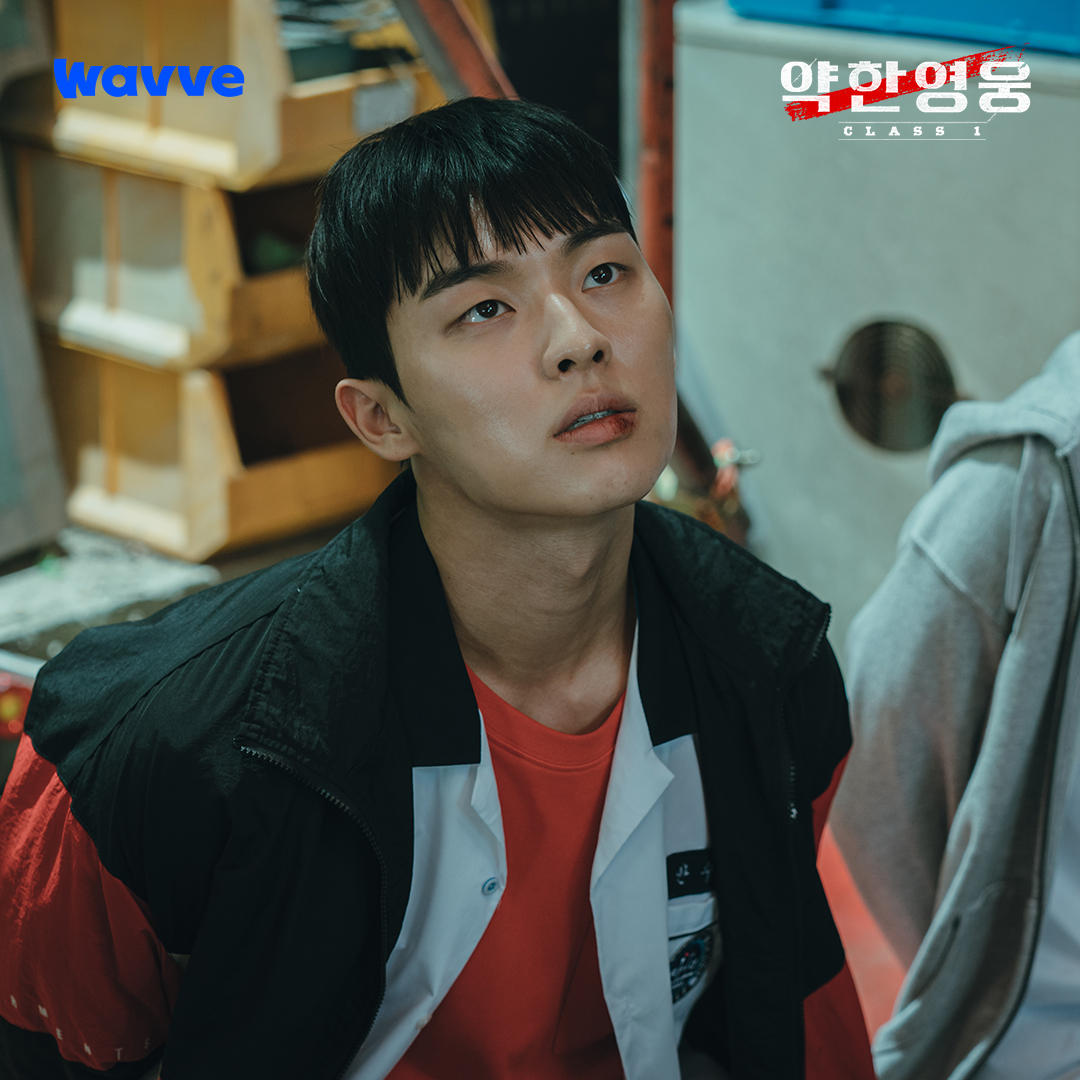 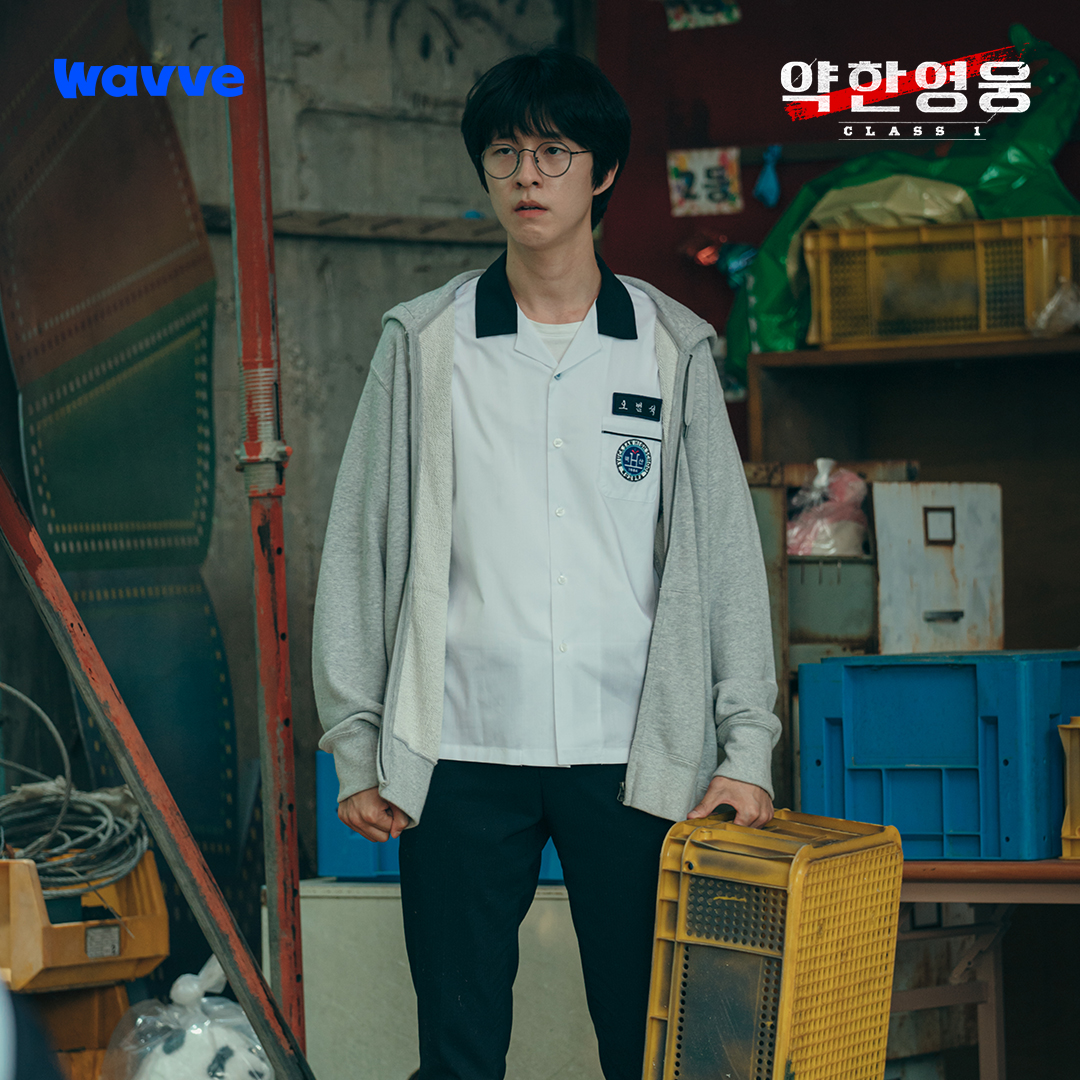 The obvious culprit of this attack is Seok Dae, who looks back at the students with a cruel gaze. In Young Yi’s photo, she’s been thrown to the ground by a mysterious person. Her eyes are filled with rage as she dangerously glares at whoever dared to touch her. 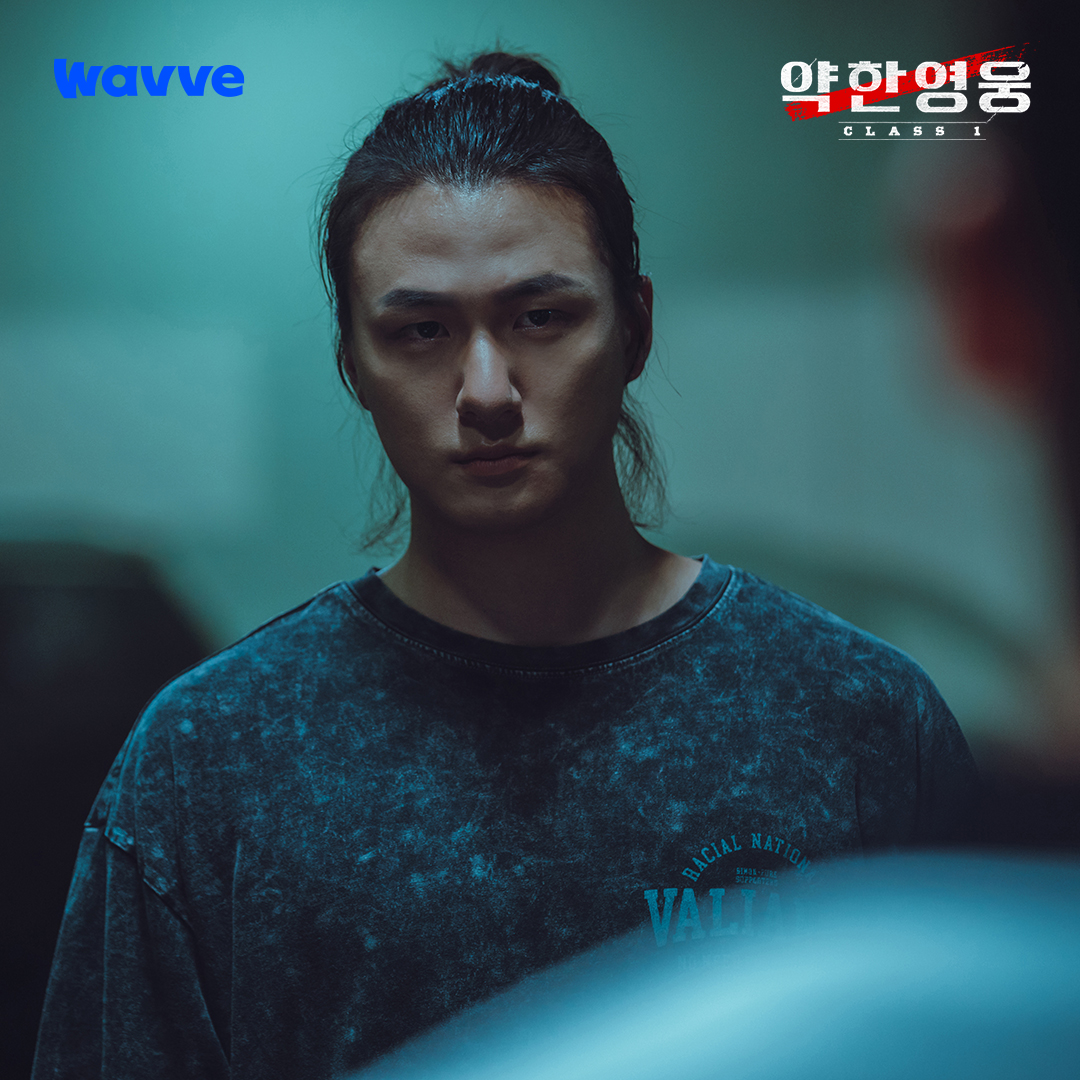 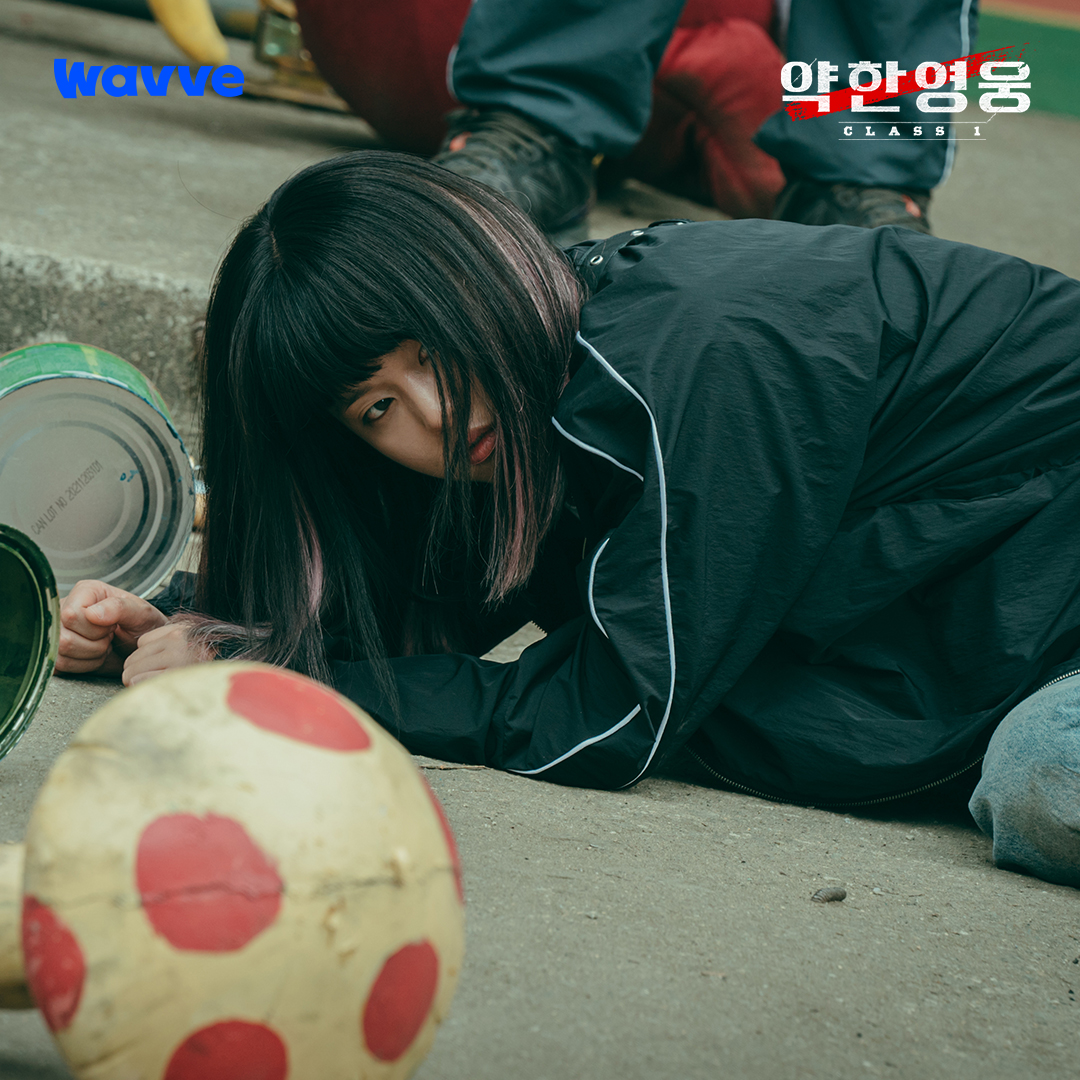 wavve commented, “Si Eun, who unwillingly gets tangled up in violence, and Su Ho and Bum Seok, who step forward to help him, end up as enemies with the runaway group that Seok Dae and Young Yi are in. That’s how these three come to face a massive danger and the cruel, dangerous atmosphere from the stills will continue on in the drama to add tension and fun. Please look forward to the story.”

Until then, watch Choi Hyun Wook in “Pop Out Boy!” below: