“Island” is gearing up for its premiere!

Based on a webtoon of the same name, “Island” is a fantasy exorcism drama that takes place on Jeju Island. It depicts the sorrowful and bizarre journey of the characters who are fated to fight evil that is trying to destroy the world. The drama will be helmed by director Bae Jong of “Welcome to Dongmakgol” and “Fabricated City.”

First, Kim Nam Gil exudes dark charisma as Pan, “a being who is a monster while also human.” The text next to him reads, “I have waited a long time for you,” captivating audiences along with a piercing gaze that is as sharp as the sword Kim Nam Gil is wielding, known as the Geumgangjeo. 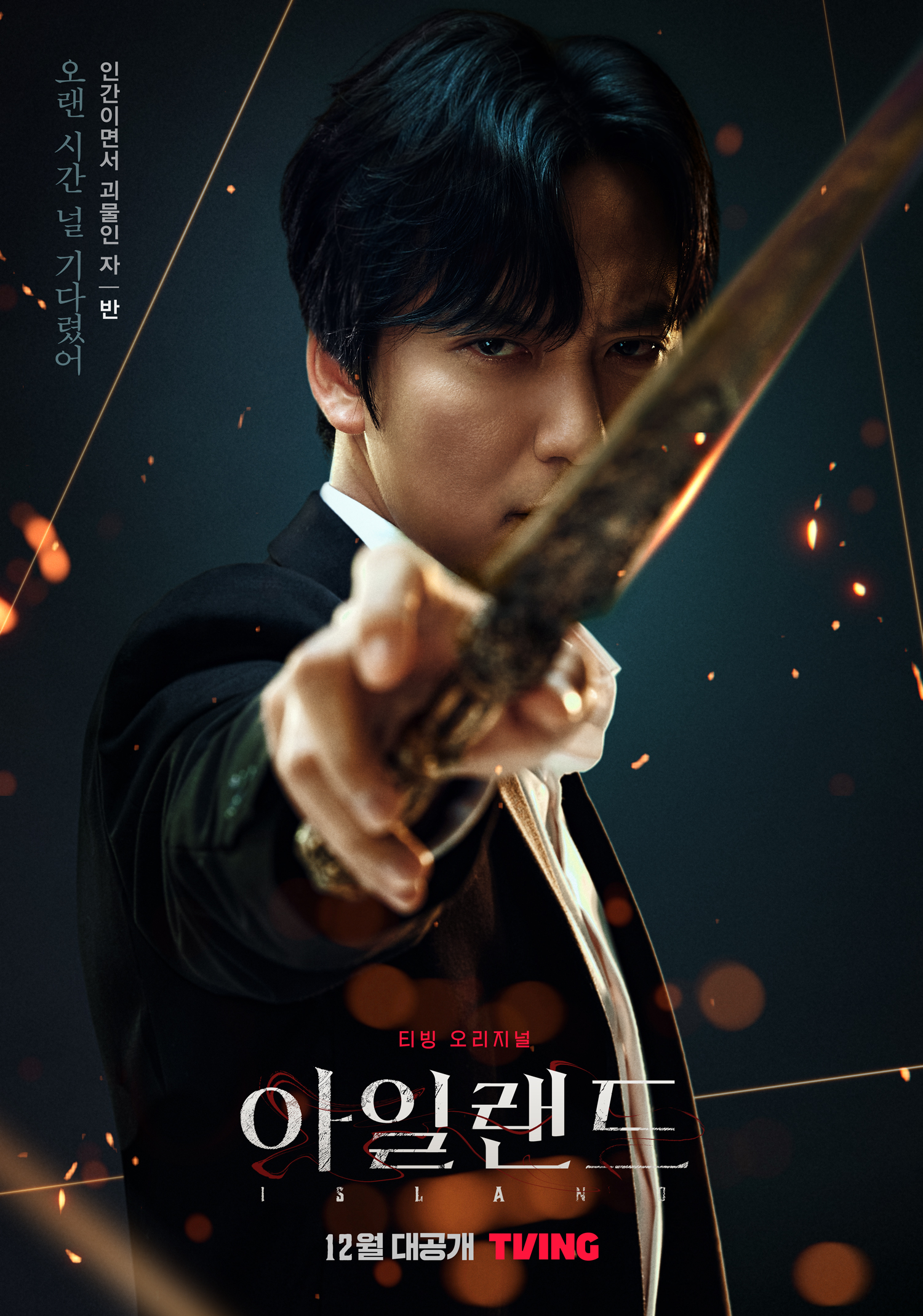 Lee Da Hee is the “person at the center of fate” as she transforms into Won Mi Ho, a third-generation chaebol and teacher who is spending a period of self-reflection on Jeju Island. She asks, “Why are they chasing after me?” raising questions about what will unfold on Jeju Island. 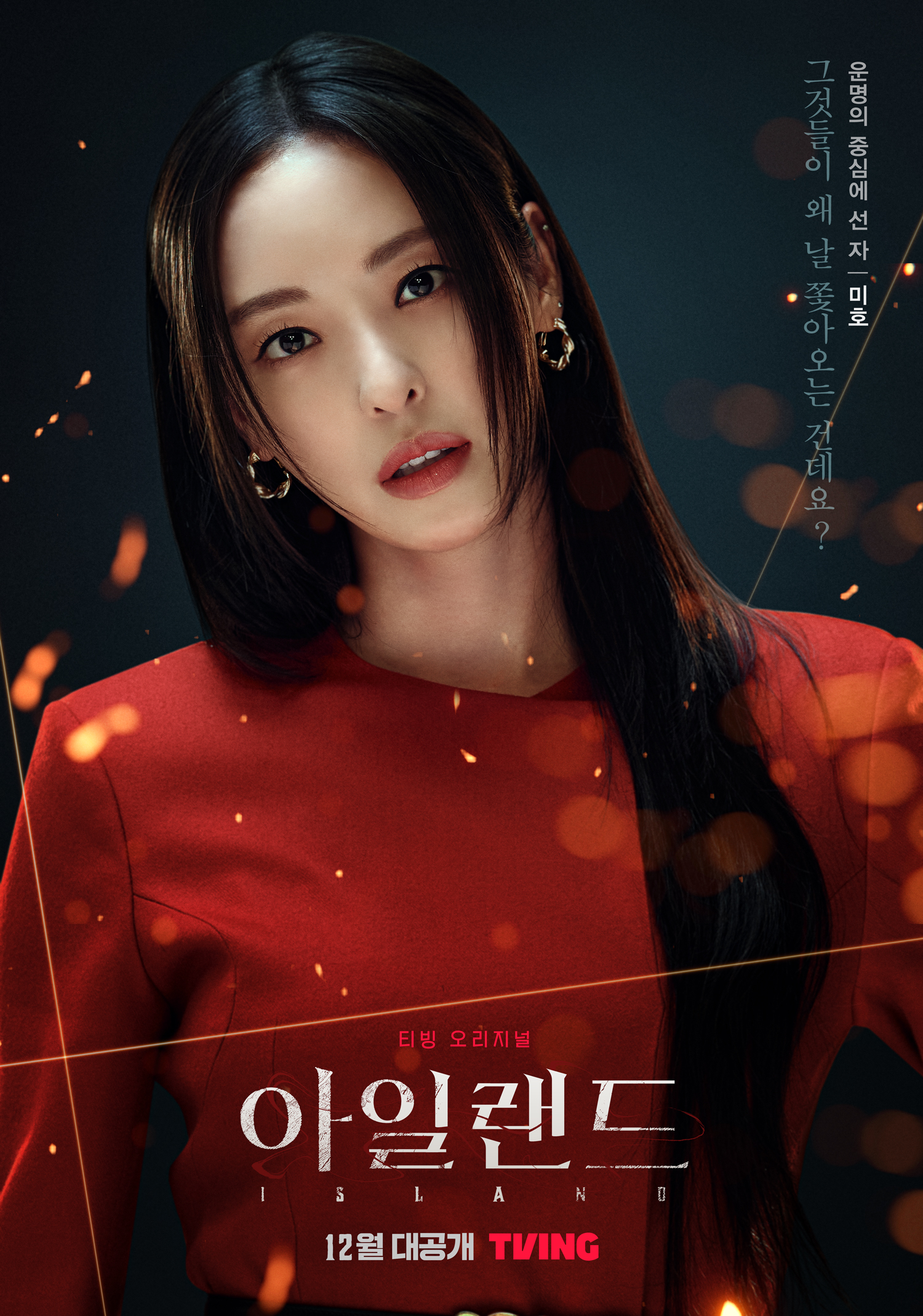 Donning a priest’s robe while holding a staff, Cha Eun Woo becomes the eye-catching exorcist John who is a “person that carries out the authority of God.” His poster reads, “I will protect. That is my decision.” 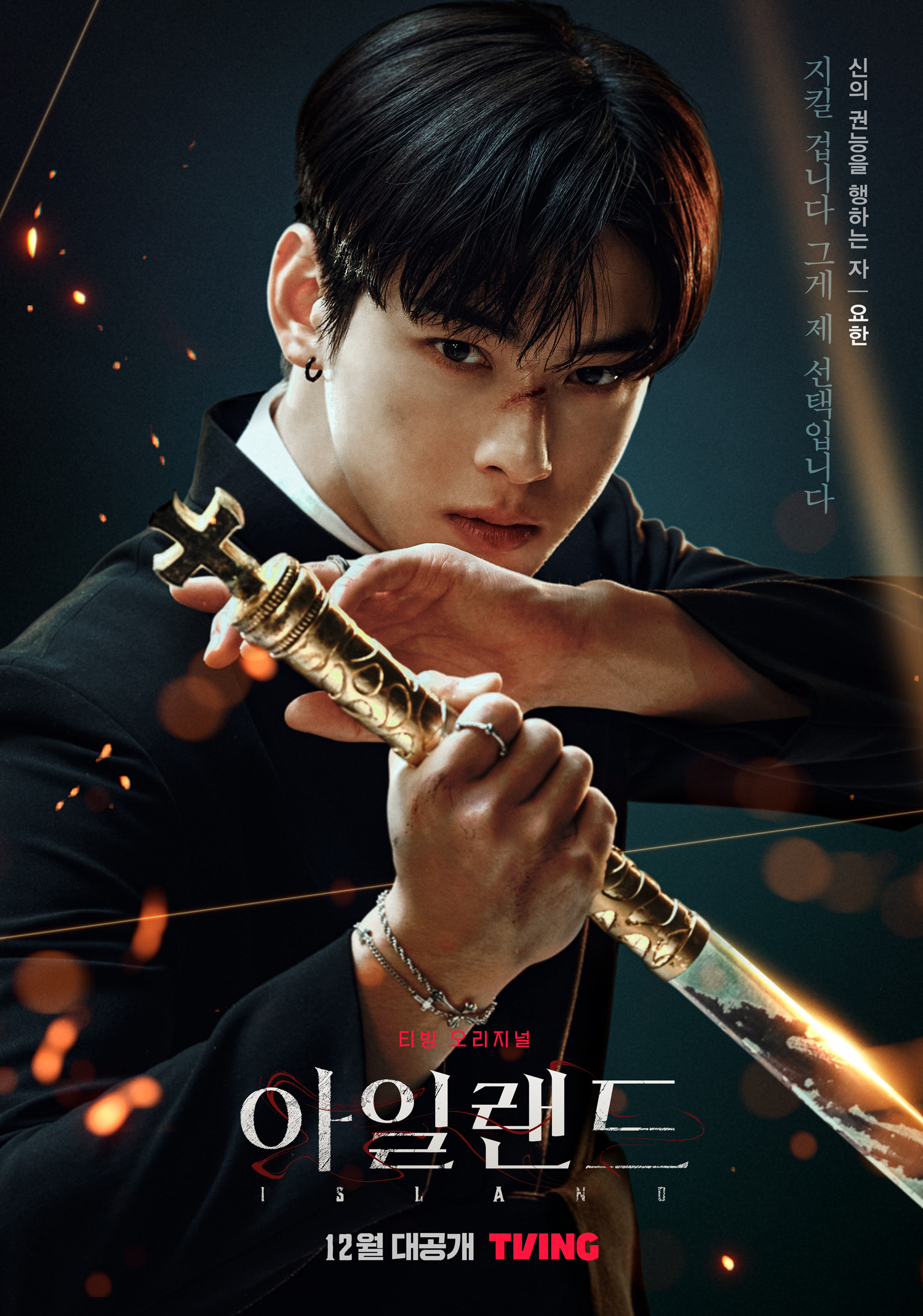 Last but not least, Sung Joon becomes Goong Tan who has been “discarded by the world,” captivating viewers with his long silver hair. He holds the bloodied Geumgangjeo against his shoulder, turning a deep gaze toward the audience as his quote reads, “As expected, I shouldn’t have trusted humans.” 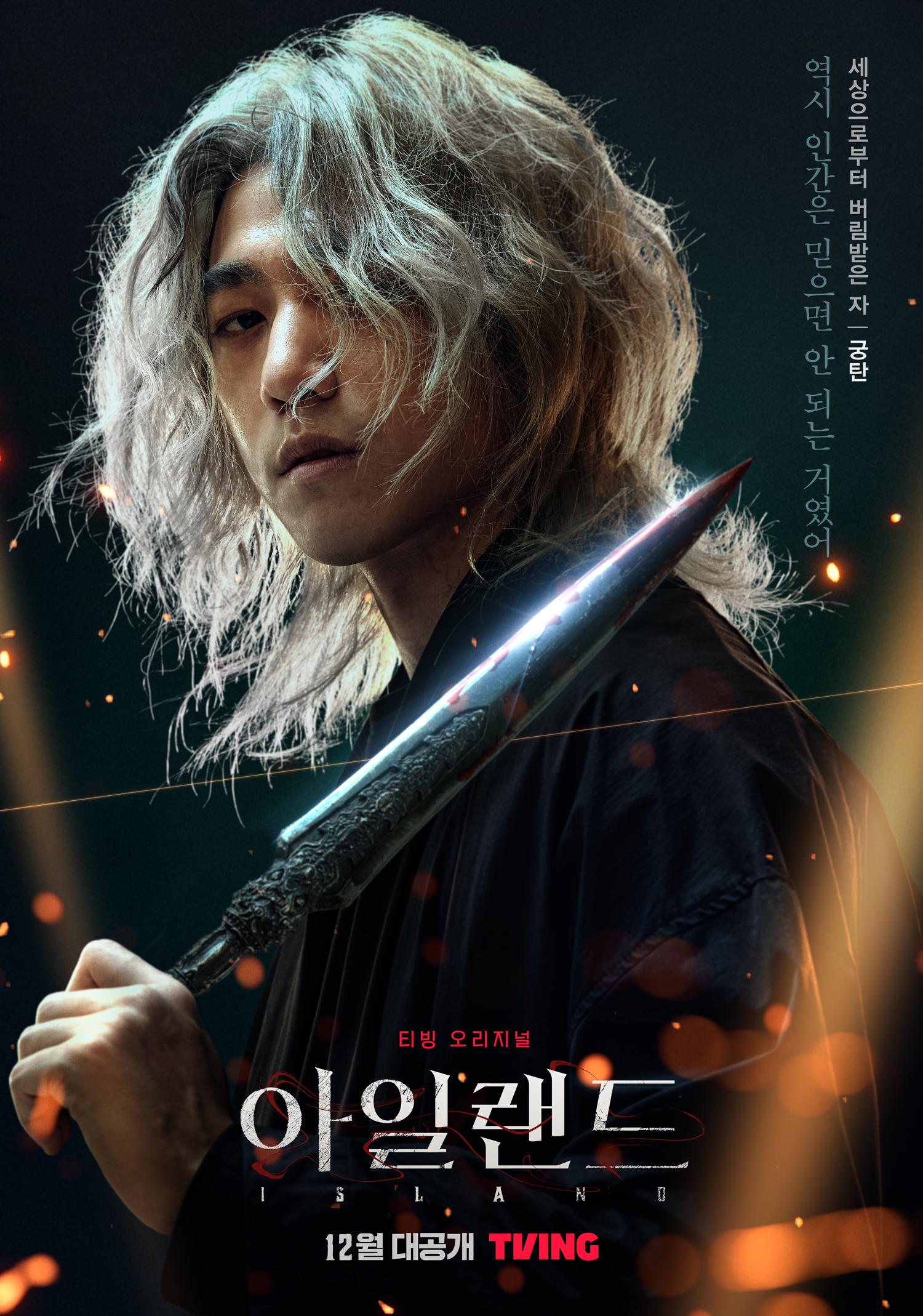 “Island” will premiere in December. Check out the action-packed teaser here!

In the meantime, check out Lee Da Hee in her current drama “Love is for Suckers”:

Also watch Kim Nam Gil in “Through the Darkness”: