Joo Ji Hoon is coming to the big screen soon with his new movie “Gentleman”!

“Gentleman” is an entertaining crime film in which Ji Hyun Soo (Joo Ji Hoon), the owner of a private detective agency with a 100 percent success rate, pretends to be a prosecutor to find his missing client and goes on a journey of pursuing the bad guys without regard for legal or illegal means. The movie is expected to convey the thrill of seeing evil people being punished as Ji Hyun Soo fearlessly faces them in his chase.

After his performance in the hugely successful movie series “Along With the Gods,” which attracted 10 million moviegoers, and the globally acclaimed drama “Kingdom,” Joo Ji Hoon’s new portrayal of Ji Hyun Soo is anticipated to deliver another legendary character.

In addition, Park Sung Woong, who is famous for his unrivaled charisma and aura in playing the villain in various films such as “New World” and “The Swindlers,” will be joining the movie as chaebol Kwon Do Hoon, a prosecutor-turned-CEO of a major law firm who despite his sophisticated and well-mannered appearance hides a corrupted and evil mind.

Finally, actress Choi Sung Eun, who made her debut with the movie “Start-Up” and excelled in her lead role in the drama “The Sound of Magic,” is expected to immerse herself into Kim Hwa Jin, a tenacious prosecutor famous for being the crazy one in the Ministry of Supervision.

The upcoming movie’s first poster captures Joo Ji Hoon charismatically posing with a puppy against the backdrop reminiscent of an advertisement for his detective agency with the writings on the top right offering his services, “Collecting Information, All Categories.” Various example categories are also listed on his left: company issues, marital issues, financial issues, and personal issues. Written at the center of the poster is a refreshing message heralding the catharsis viewers can expect from Joo Ji Hoon’s provocative yet humorous character, “Is manner needed when catching the bad guys?” 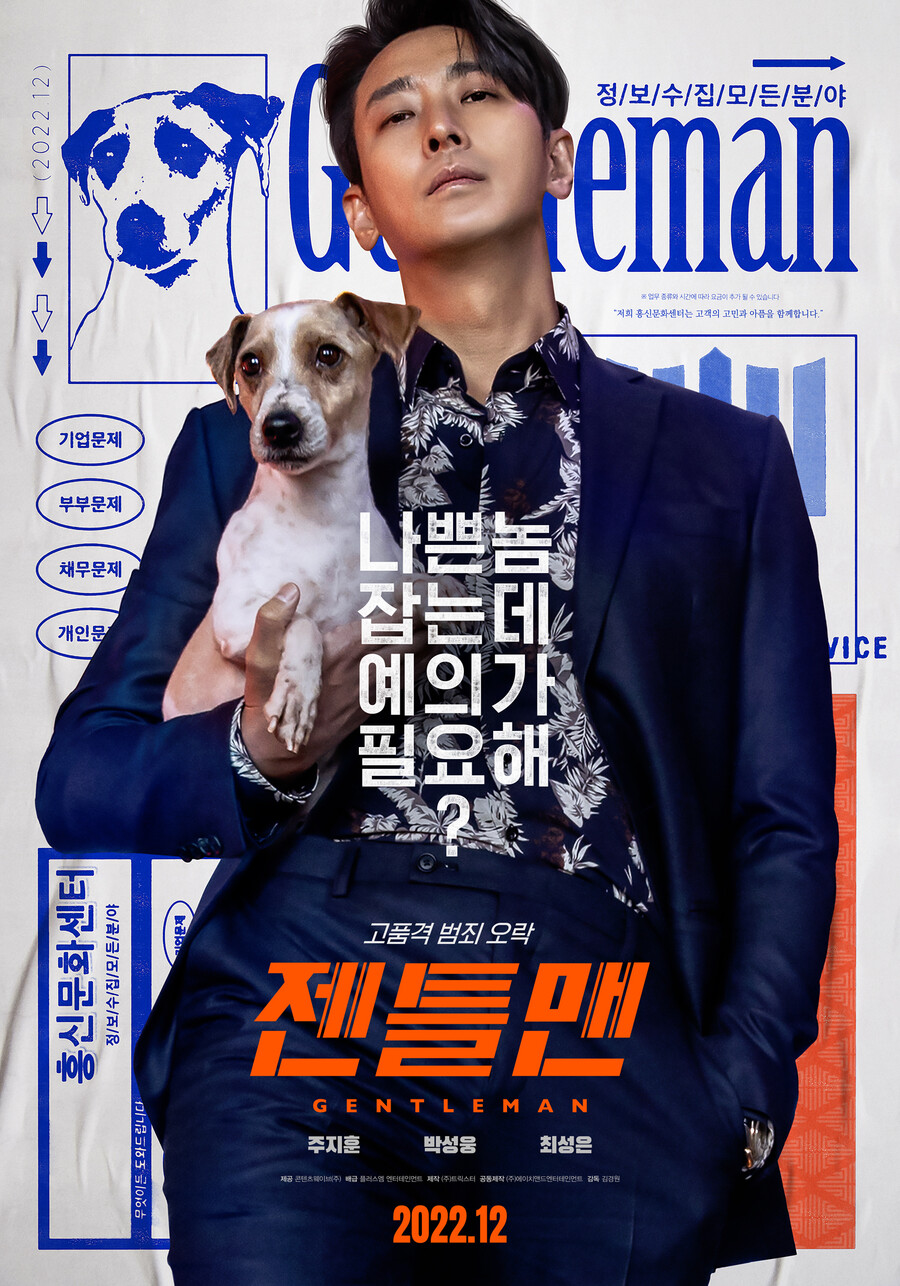 “Gentleman” will hit theaters on December 28.

Joo Ji Hoon
Gentleman
How does this article make you feel?