Watch: IVE Sheds Tears As They Become 3rd-Fastest Girl Group In History To Win A Daesang At MMA 2022

On November 26, IVE took home Best Song of the Year at the Melon Music Awards 2022 for their hit song “LOVE DIVE,” which dominated the charts for weeks after its release back in April.

The win was an emotional moment for the rookie girl group, who debuted less than a year ago—and all six members were unable to hold back their tears as they accepted the award.

“It’s truly such a huge honor to be able to win New Artist of the Year and Best Song of the Year at the same time,” said leader An Yu Jin, who repeatedly had to take a moment to wipe her tears and pull herself together during her acceptance speech.

After thanking their fans and the staff at their agency, An Yu Jin went on, “There’s something I really wanted to say. I think it was only possible for us to win this award because we had all six of our members. Each and every one of our members is so precious, and I’m so grateful for them. I love you. IVE will continue to work hard in the future, so please show us lots of love next year as well!”

Jang Won Young chimed in, “I can’t believe that 2022 is already winding to a close. I hope that 2022 will remain a really precious year for both our six members and everyone else, and we’ll try to become an artist that is deserving of this award. We’ll become an IVE that truly understands the weight and value of this award. Thank you.” 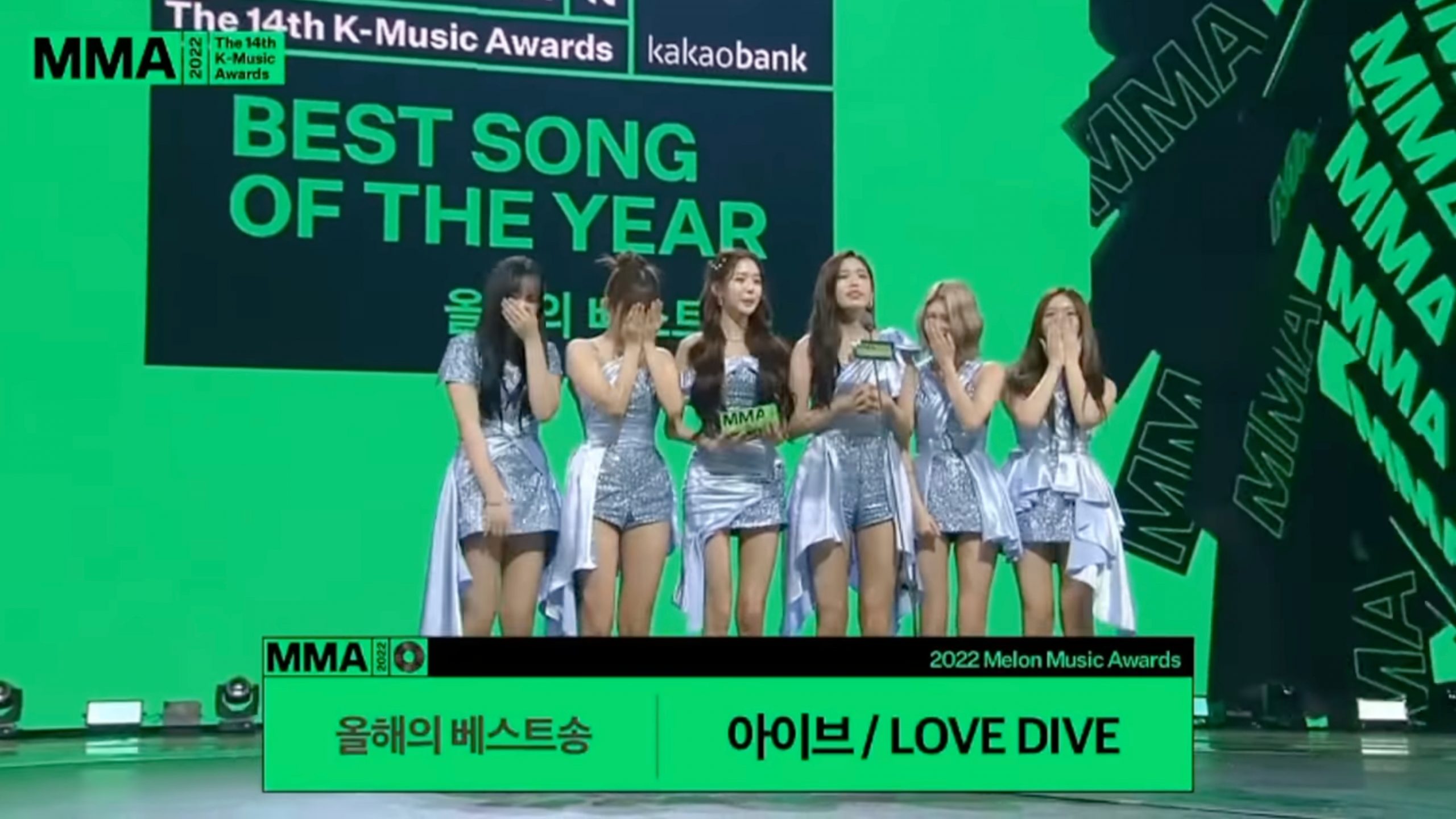 Including Best Song of the Year, IVE won a total of four awards at this year’s Melon Music Awards: the group also took home the awards for Best Group (Female), New Artist of the Year, and Top 10 Artist (Bonsang).

Congratulations to IVE! Check out the full list of this year’s Melon Music Award winners here, and watch the clip of their emotional first Daesang win below!

IVE
Melon Music Awards 2022
How does this article make you feel?