Get ready for a major change in Ha Ji Won and Kwon Sang Woo’s dynamic on “Curtain Call”!

“Curtain Call” is a KBS drama about an elderly hotelier from North Korea who doesn’t have much time left to live and a theatre actor who acts as her grandson in order to fulfill her final wish. Kang Ha Neul stars as Yoo Jae Heon, the unknown theatre actor who undertakes a life-changing endeavor, while Ha Ji Won stars as heiress Park Se Yeon, who manages the Nakwon Hotel owned by her grandmother Ja Geum Soon (played by Go Doo Shim).

Previously on “Curtain Call,” Bae Dong Jae (Kwon Sang Woo) was unable to move on after his former fiancée Park Se Yeon broke off their engagement. Despite Bae Dong Jae’s best efforts to persuade her to come back to him, Park Se Yeon refused to get back together. However, Bae Dong Jae still remained fiercely loyal to Park Se Yeon, and he made it possible for her to keep the thing she loves most: the Nakwon Hotel.

In newly released stills from the drama’s upcoming episode, there appears to be a major shift in Park Se Yeon and Bae Dong Jae’s relationship. While Park Se Yeon typically keeps her distance from her ex-fiancé, she seems to have had an unexpected change of heart—for once, she is the one to ask Bae Dong Jae out to dinner, and she has made all the plans for their meal herself.

However, that isn’t the only surprise in store for Bae Dong Jae that night. During their meal together, Park Se Yeon makes a surprising declaration that catches him off guard. 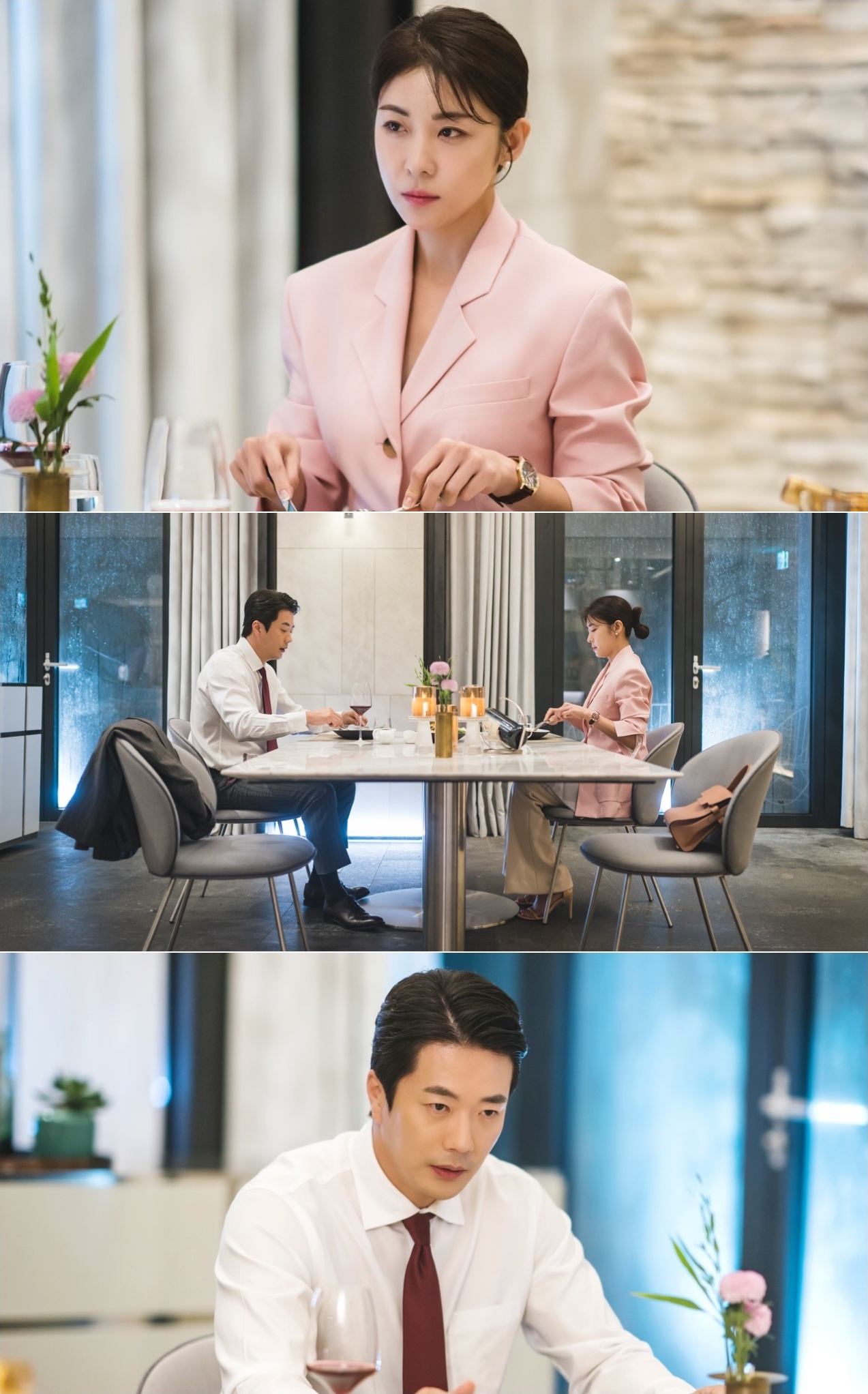 “The fact that Park Se Yeon, who had always pushed Bae Dong Jae away while he actively pursued her, has personally made a restaurant reservation and spent time together with him shows that she has had a major change of heart,” said the producers of “Curtain Call.” “Please keep an eye on what Park Se Yeon, who is in urgent need of securing hotel shares, will do.”