Less than a month before the first show, EPEX has cancelled their upcoming U.S. tour.

However, on January 6, MyMusicTaste officially announced that the entire tour had been cancelled due to unforeseen circumstances. Read their full notice below: 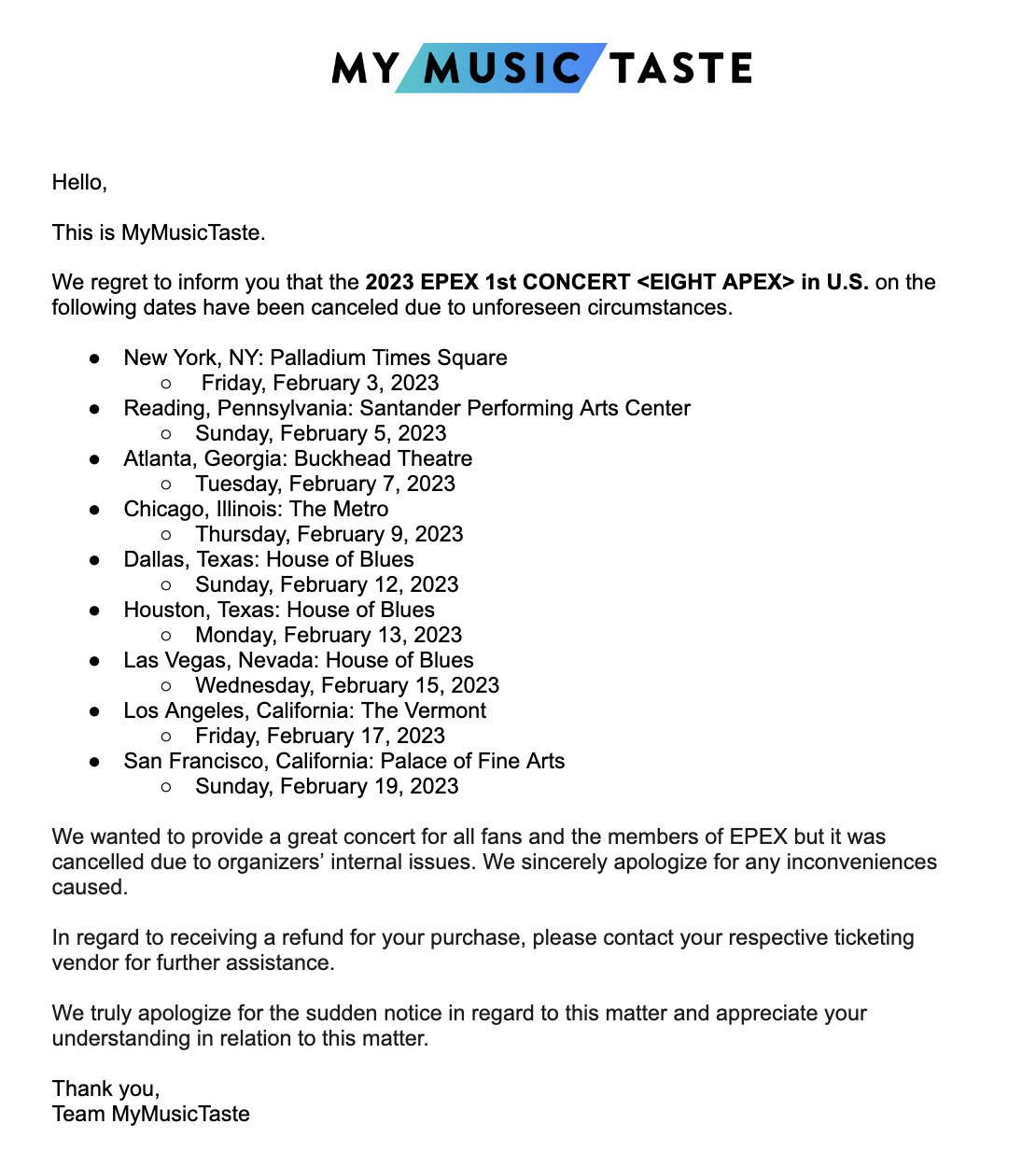 EPEX
How does this article make you feel?