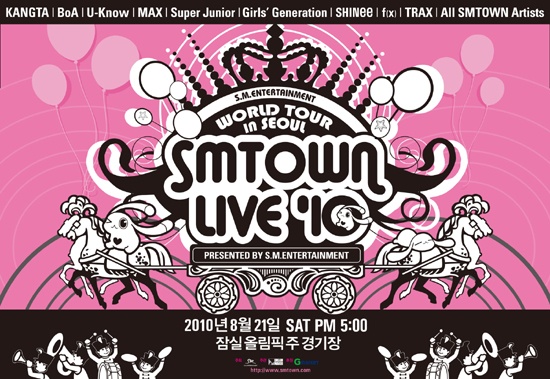 SM Entertainment will start its SM TOWN live concert tour on August 21st in Seoul and will move on to big cities like Los Angeles, Tokyo, and Shanghai.

The tickets for the concert in Seoul will open at 8pm on July 15th through GMarket (http://ticket.gmarket.co.kr).