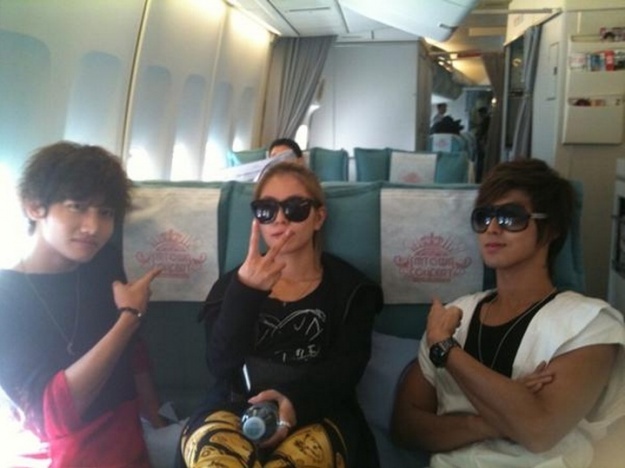 BoA confirmed this news with a tweet on September 2nd along with a photo of Yunho, Max, and herself on the plane. She left the following message, “Boarding the plane! Go Go ssing on a private plane! The logo on the head cover is our concert logo! ^^ Sense good!! I will come back well!” Check out the photo below.

It is also known that there was a positive response from hungry K-Pop lovers when tickets went on sale. 15,000 seats have been sold, with 70% of the buyers being non-Korean; they are said to have come from various parts of North America, including Vancouver and Toronto, Washington D.C, South Carolina, Georgia, and other states in the East Coast.