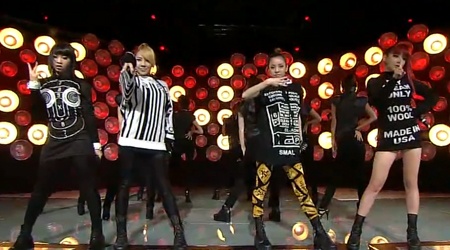 On this week’s Inkigayo, 2NE1 won for a second week in a row with “Can’t Nobody”. They also recieved the award for winning last week’s Inkigayo, which was not aired. BoA continued her promotions of her repacked album with a performance of “Copy & Paste”. BEAST also shows a short teaser to their comeback.

Check out the performances below.