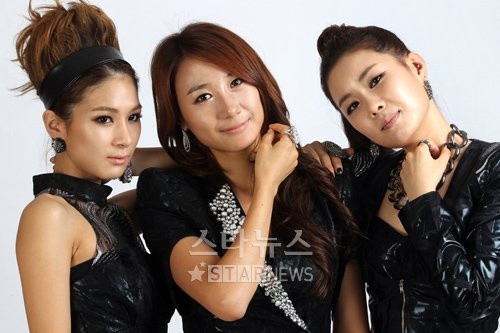 01 Pick Up the Phone

Gavy NJ, who has received lots of love with their recent single, “Let’s Stop Here” has finally returned with their mini album, “Glossy.” The title track is “Pick Up the Phone” which was composed by hit producer Min Myung Ki who has also written the songs, “Sunflower” and “Love Story” for them. The song was penned by Min Young Jae who also penned 4Men’s “Can’t Do It.” The song is about a girl who feels like going crazy because her ex-boyfriend fails to answer his phone. Also included in the album are sad ballad number, “Let’s Meet Again Tomorrow,” acoustic number, “Try It Again,” and duet number, “Hello Hello.”

01 You Mean Everything To Me

03 Should I Write You a Letter

05 Middle of a Dream

08 Flower Defeated By the Wind (Live)

10 The Gold Within (Cosmorama Version)

Veteran ballad and R&B artist Park Jung Hyun (Lena Park) releases a special best album, “Cover Me Vol. 1” which comprises of hit songs from her debut to third studio album. Included in the album are live versions of “My Day” and “Flower Defeated By the Wind,” along with bonus track, “That Fool” and “The Gold Within” which were both part of the soundtrack for the 2009 drama series, “Just Watching from Afar.” This is a must buy for Park Jung Hyun (Lena Park) fans.

Duo hip-hop group, Untouchable returns this month with their second full-length album. The group has been gaining quite some popularity both in the underground and mainstream stages with songs such as “It’s Okay,” “Tell Me Why,” and “Oh.” Top skilled musicians such as Loptimist, Marco, Peejay, and so forth took part in the album, upgrading its quality. The title track is “Fuss Bruce,” a hip-hop number composed by Kim Do Hun and Kang Ji Won. The song is about enjoying and living life, and the catchy beats and exciting lyrics are expected to capture listeners’ ears.

The winner of Super Star K Season 2, Huh Gak releases his first mini album titled, “Whenever.” Included in the album is his debut track, “Whenever,” a cover of Lee Juck’s “Race the Sky,” and “Happy Days” featuring runner up winner, John Park.

Shinhwa’s Shin Hye Sung collaborates with his former bandmate, Eric and Nam Gyuri for his new digital single, “Hello and Goodbye.” The song can be seen as a gift to fans in midst of his fourth album release next year. The song was composed by Kim Gun Woo who has produced the project albums, “Blue Brand” and Supreme Team and Brown Eyed Soul’s “Ames Room.” Kang Eun Kyung and Eric are responsible for penning the lyrics to this ballad number.

Tae Yeon, The One (single) – Like a Star (released)

One of Korea’s top vocalists, The One and SNSD’s Taeyeon have come together to release a single titled, “Like a Star.” The two singers go way back. Ten years ago, prior to SNSD’s debut, The One was the vocal teacher for Taeyeon among others such as DBSG members. The song, “Like a Star” is a duet ballad number composed by hitmaker Jo Young Soo with lyrics penned by An Young Min.

Silent Eye – Into The Nightmare (November 24)