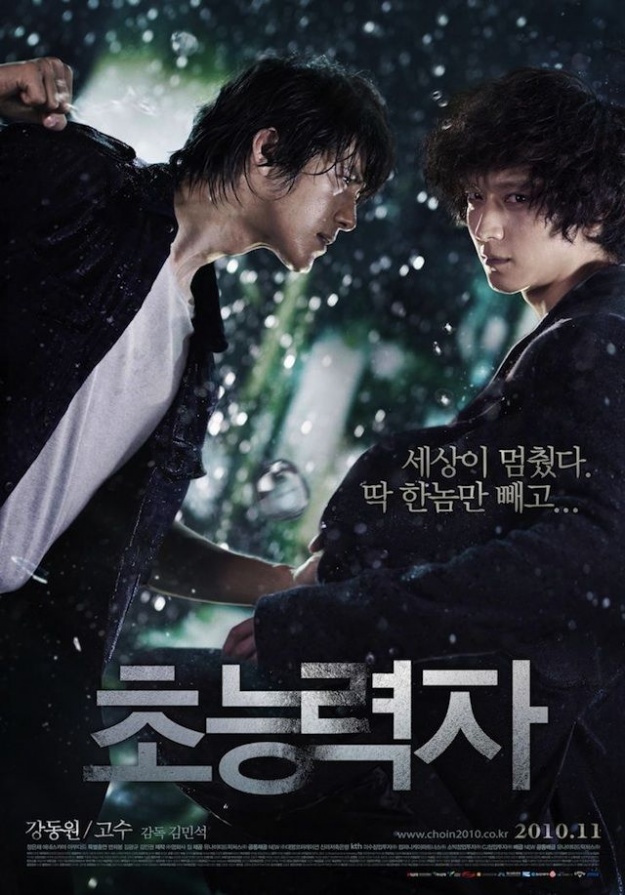 To no one’s surprise, “Haunters” topped the weekend box office chart again, according to data released by the Korean Box Office Information System (KOBIS). Since its official premiere on November 10, the paranormal action film has brought in 1.6 million viewers, including 388,377 on the November 19th weekend. So far, the movie has grossed nearly 2.8 billion won.

“Haunters”, which stars Go Soo and Kang Dong Won, is about a duel between two men, one of whom has a psychic power and the other who is immune to it.

The U.S. film “The Social Network”, which premiered in Korea last Friday, came in second, selling 181,642 tickets and grossing over 1.3 billion won last weekend. In third place was the Korean film “The Unjust”, which stays strong considering having premiered almost a month ago. “The Unjust” sold 175,499 viewers during the weekend, bringing the total number of viiewers to nearly 2.34 million.

Go Soo
Haunters
Kang Dong Won
How does this article make you feel?