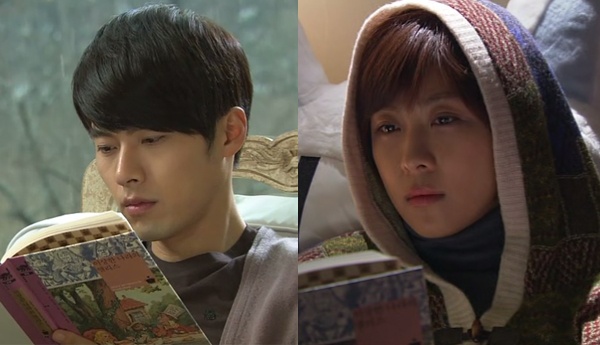 Why is a 145-year-old novel suddenly a bestseller in Korea? Because it was featured in a hit drama, of course! In the popular drama “Secret Garden”, the characters played by Hyun Bin and Ha Ji Won both read “Alice in Wonderland”, and lines from the book are featured in the drama. As a result, “Alice in Wonderland” is currently the number two bestseller of the week in the online Korean bookstore Aladdin.

This is a continuing result of what the news refer to as the “Hyun Bin effect”: In 2005, another book, Michael Ende’s “Momo”, hit bestseller lists in Korea after Hyun Bin was shown reading it in “My Name is Kim Sam Soon”. This book ended up selling more than a million copies in Korea. Looks like Hyun Bin is an excellent method for encouraging reading!