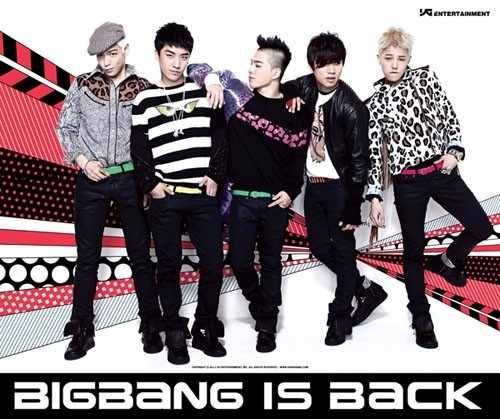 Big Bang returns after two years with their much anticipated fourth mini-album. G-Dragon once again takes part in composing and penning the lyrics to all the songs while T.O.P contributes with the rap making. There are a total of six new tracks with the title track being, “Tonight.” The song was co-composed by G-Dragon and E.Knock and co-written by G-Dragon and T.O.P.

Kan Mi Youn returns with her first mini album titled, “Watch.” The singer has changed her image 180 degrees to show a more intense and showy side. The title track is “Paparazzi,” a dance number with strong addictive sounds. Composed by the famous Bang Si Hyuk, this song has retro sounds mixed with bouncy synthesized beats. The song has cute lyrics comparing a girl’s interest in a boy with paparazzi. Also included in the album is a duet number, “Sunshine” with 2PM’s Junsu and past hit single, “Crazy.”

The full soundtrack for the hit drama, “Dream High” has finally been released. Top artists such as JYP, Lim Jeong Hee, IU, 2PM and 2AM members have lent their vocals, composed, and penned the songs for the original soundtrack. The songs depict the dreams, passions, and love found in this moving drama series.

02 You Are My Everything

Flower returns with a new mini-album, “Everything Inside of Me” with the goal of diversity in their songs. Each song has its own style and sounds written with perfection. The title track is “You Are My Everything” and listeners can hear Go Yoo Jin’s sad, emotional vocals.

01 How Can Love Change Like That (feat. Verbal Jint)

Kim Kyung Rok of V.O.S meets Korea’s top composer and producer, Park Geun Tae as the second artist for the Black Label project album. The single is “How Can Love Change Like That,” a medium tempo number with British rock sounds. Listeners will be able to hear yet another side of Kim Kyung Rok through this new style.