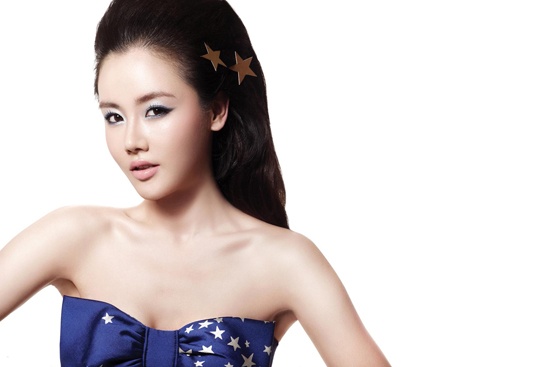 Actress Hwang Woo Seul Hye models MAC Cosmetic’s new line called Wonder Woman. She is sporting three different looks. A strong yet mysterious atmosphere is the pop color look. The cool and chic appeal is the blue smokey look. The last being called the modern pink look because of the warmth and feminine feeling.

The makeup artist said the main focus was to represent a modern day Wonder Woman. Hwang Woo Seul Hye was praised for being able to take all three looks and pulling them off flawlessly.

The rest of the photos will be in Marie Claire’s March issue.