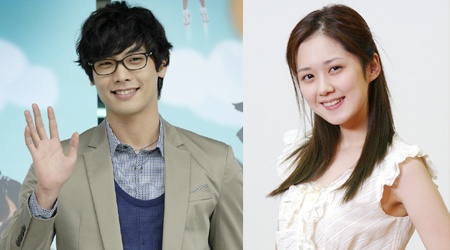 Jang Nara, who is active in China, and Daniel Choi, who gained wide recognition for MBC’s “High Kick Through the Rook” (2010), have teamed up for a new KBS2 Mon/Tues drama “Baby-faced Beauty” which is aiming for a May broadcast. “Baby-faced Beauty” marks Jang Nara’s first appearance in a Korean drama in six years; her last k-drama was KBS’s “Wedding” in 2005. On the other hand, it’s been a year since Daniel Choi acted in “High Kick Through the Roof.” The romantic comedy tells the story about baby-faced beauty Lee So Young (Jang Nara), who’s academic career doesn’t exceed a high school diploma and has bad credit, as she matures. She longs to conquer both love and her dream.

Lee So Young is described as an aspiring designer who had to put her dreams aside because of her family’s financial troubles. She works at a fashion company and uses her beauty to live a topsy-turvy life. Daniel’s Choi Jin Wook is from a wealthy background with a family business in the food and beverage industry. His family owns a multi-million dollar jokbal (a Korean pork delicacy) restaurant chain. Jin Wook lives the good life, but left home to rebel against his father. He somehow ends up at a fashion company and then fate steps in. Jin Wook has always been against dating older women in the past, but he ends up falling in love with So Young who is five years older than him.

Jang Nara is well-known for her youthful looks, and many believe casting her for Lee So Young was perfect. She’s been preparing for a comeback in Korea and decided on “Baby-faced Beauty” after reading the synopsis. Jang has worked up an image as a bright and energetic girl with prior dramas like SBS’s “Successful Story of a Bright Girl.” Daniel Choi plans on showing a different side of himself in “Baby-faced Beauty.”

Jang Nara
Baby-faced Beauty
Daniel Choi
How does this article make you feel?