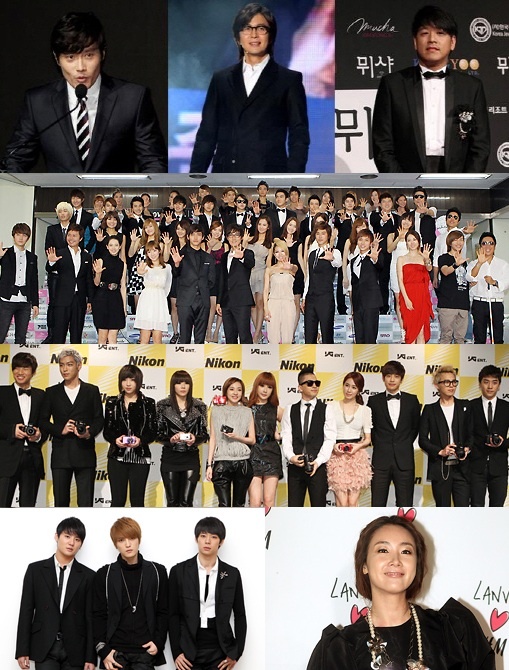 Thanks to the ongoing donation relays, it looks like the total donation fund made by Korean celebrities for the Japanese disaster relief will surpass $5 million USD.

On March 17th, SM Entertainment announced that they have donated $1 million USD to the Japanese disaster relief fund through the Red Cross Society.

On the same day, actor Won Bin also donated nearly $200,000 USD to the Korean Committee for UNICEF to assist Japanese childrens suffering from the disaster.

With Kara’s recent announcement to donate all proceeds from their new single, “Jet Coaster Love,” to relief funds (which could add up to hundreds of thousands of dollars) and Suh Do Young’s donation of his performance fee from KBS 2TV drama “The Thorn Birds,” the total donation amount is expected to easily surpass $5 million USD.

Such avid donation relays from Korean stars have gathered attention not only from the Japanese press but also from various media outlets worldwide. On the 15th, numerous media sources such as France news agency AFP and US newspaper WSJ published in-depth reports about Korean stars taking action to help the relief effort in Japan.

Here are some of the ways that you can follow suit of your favorite stars and donate as well to the relief effort. Even a small gift would be greatly appreciated, as the victims are currently suffering from huge shortage of food and basic living supplies:

Please share your thoughts in the following forum here.