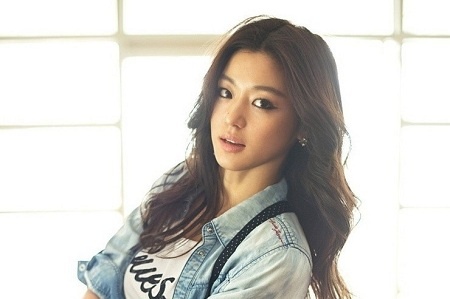 Congratulations to the gorgeous actress Jeon Ji Hyun! She has been selected as the first among all Korean actors and actresses to grace the US Edition of Vogue.

According to her agency J&CO, Jeon Ji Hyun recently shot a photo spread for the upcoming July issue of the US Edition of Vogue. The photo shoot was done to promote her new Hollywood movie ‘Snow Flower and the Secret Fan,’ and she will be the first Korean actress to have photos featured in this fashion magazine.

Jeon Ji Hyun, donned in both ancient and modern outfits, posed with her fellow cast mate Lee Bing Bing in front of renowned photographer Annie Leibovitz for the photo shoot, which was held on the 16th in New York.

Anna Lou Leibovitz first started her career as a staff photographer in 1970, working for the newly launched Rolling Stone magazine and was promoted as the chief photographer within just three years. Currently a photographer for entertainment magazines like Vanity Fair and Vogue, Anna Lou Leibovitz is considered one of the most prominent and celebrated portrait photographers, acclaimed for her portraits of Olympic athletes, popular celebrities, and political figures such as Barack Obama, Hilary Clinton, Michael Philip Jagger, Bette Midler, and Bruce Springsteen.

In the past, Anna Lou Leibovitz has received huge recognition, especially for her famous nude portrait of John Lennon curled up next to his wife, Yoko Ono, which was taken four hours before his death.

Snow Flower and the Secret Fan
How does this article make you feel?