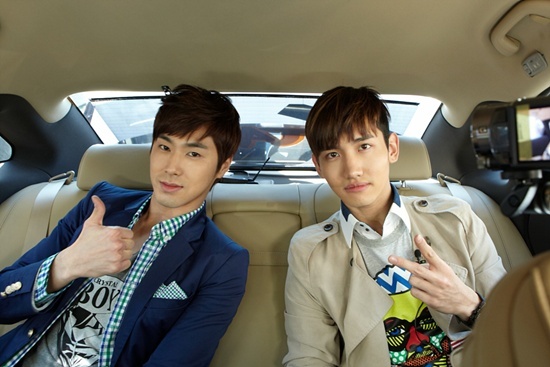 Here we bring a daily run-through of our top stories for each day. It’ll serve as your daily digest for all things KPOP!

Top Stories of the Day:

2) Video of Big Bang having fun at a resort! (http://bit.ly/dHVYcR)

Check out this video of Big Bang members having a good time like little kids.

JYJ shows off their close friendship in these photos.

The movie “Arrest King” seeks out to shed light on what happens in Korean police organizations.

Song Hye Kyo and Kang Dong Won were spotted on the set for filming “Camellia.” It looks like they are on a friendly date.

Jay Park is teaming up with other actors in the film “Mr. Idol,” the movie is about behind-the-scenes happenings that occur while creating an idol group.

JYJ will stop in 4 cities in US and Canada for their world tour: 1) Vancouver BC, Canada 2) Newark, New Jersey 3) Los Angeles, CA 4) San Jose, CA

Dal Shabet has returned with their second mini-album “Pink Rocket.” The Music video for the title track “Pink Rocket” was released on April 14th.

Photo of the Day:

Lee Min Ho shows off his perfect figure and fancy fashion sense in this photo taken at the filming set of upcoming drama, SBS “City Hunter.” IMHO, not a lot of actors are capable of pulling off red pants as well as Lee Min Ho �de42

F(x) Luna tweeted today on the group’s Me2Day account, “Everyone, our first album teaser will be released tomorrow~ I’m really excited too. Hope you love ‘Pinocchio.’” She added, “And one more thing! I became the MC for ‘MTV the Show.’ I’ll continue to do my best so please show your love to me and f(x)’s new promotions as well!”

Quote of the Day:

“I want my partner to be younger than 30 because I think it’ll be hard to get children.” – DBSK Changmin on tvN’s “Taxi.”

Release of the Day:

Best Person of the Day:

Jay Park – His agency SidusHQ told local media today that Jay Park will perform in all three major music shows in the first week of May, marking his return to these shows for the first time in 20 months. His new album, “Take a Deeper Look,” is set for release on Apr. 27th.