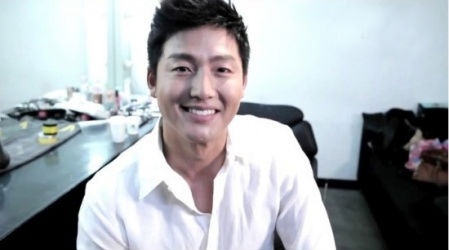 Why did Lee Jung Jin decide to leave KBS’s “Happy Sunday—Qualifying Men” all of a sudden?

Lee Jung Jin participated in his last filming for “Qualifying Men” on the 19th. The actor has been continuously discussing about leaving the program for quite some time but had to delay his departure due to the ongoing long missions, inevitable departure of fellow cast member, and the production crew’s persistent opposition.

However, Lee Jung Jin decided now was the time to leave since there’s a high possibility that he might affect the other long missions, and also because the program recovered its pace as a new member—Yang Joon Hyuk—has recently joined the cast. On the 25th, the actor stated through his agency “My decision to join was a difficult one and even now it’s a very difficult decision for me. to leave. I learned so many invaluable lessons from carrying out various missions for over two years in ‘Qualifying Men’ that I wouldn’t have been able to learn elsewhere.”

He continued, “However, as I was part of the ‘Qualifying Men’ crew with awesome fellow cast members and a great production crew, I personally felt that there were things that I needed to improve on and regretted. Since I know my weakness, I felt that it was time to go back to my original area of specialty as an actor. I’m worried and sad about my current decision but I hope everyone understand that it was a difficult decision for me to make as the actor Lee Jung Jin.”

Meanwhile, Lee Jung Jin will be replaced by new member Jeon Hyun Moo who is a KBS announcer.