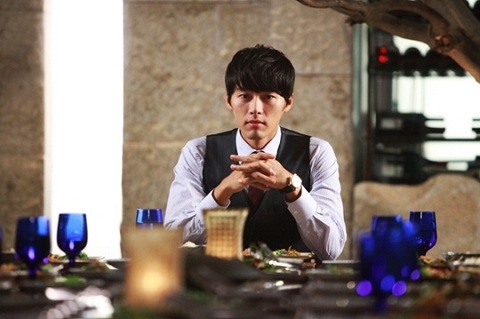 A chaebol refers to a giant family-controlled business conglomerate that is unique to South Korea. Some of the globally well-known chaebol brands include Samsung, Hyundai, and LG; and they play significant roles in both Korea’s economy and government. Thus, they are treated as Korea’s royalty, and the Korean public is fascinated with their every move. Naturally, they are part of almost every single Korean drama. Their presence satisfies the inner fan girls’ dreams of becoming a modern day Cinderella and allows a peak into the lives of society’s elite.

In the past, the second generation chaebol protagonist has been portrayed as a knight in shining armor, who transforms an average girl into Cinderella. He would magically appear to rescue the damsel in distress. These characters were usually wealthy, chivalrous, well-mannered, perfect, and amazingly handsome. In short, they were Prince Charming. These chaebol characters were portrayed as the complete package – the only thing they lacked in their life was love.

However, these chaebol characters have been slowly changing. They are no longer perfect, well-mannered, nor brave. Some of them are not even wealthy. The normally predictable characters have undergone a change, adding spice to what have become generic Cinderella stories.

These days, many chaebol characters have various, at times incurable or terminal, illnesses – ranging from claustrophobia to cancer. They usually hide their illness from the public and their opponents to hide their weaknes, which may get in the way when they are to inherit their respective companies.

Last year’s sensational drama “Secret Garden” featured Hyun Bin as the arrogant, somewhat childish, department store CEO Kim Joo Won. While he appears to be flawless, he had one weakness – or two if you include Gil Ra Im (Ha Ji Won). He develops claustrophobia after suffering through a deadly elevator fire accident in his early twenties. Since the accident, he avoids elevators and fears enclosed spaces. Even in the dead of winter, he refuses to ride in anything but convertibles.

Currently airing drama “Can You Hear My Heart” also features a third generation chaebol. Kim Jae Won plays Cha Dong Joo who lacks nothing in his life. That is, until he loses his hearing in an accident after witnessing his stepfather murder his chaebol grandfather. However, he pretends he can hear to avenge both his mother and grandfather. He hides his disability and manages to communicate with others by looking at their lip movements and answering back.

More and more third generation chaebols are trying to break free from their family business. Before, chaebol characters were the heir apparent to their family’s companies, and they often worked as high level executives at their companies. This is no longer the case. More and more chaebol characters are trying to break away from their parent’s shadows to live their own lives doing the things they love. They give up their well-off lives to find love in both careers and significant others.

“New Tales of Gisaeng’s” Ah Da Mo (Sung Hoon) used to work at his father’s company to learn the business. However, he gets a job as a waiter at a gisaeng house serving food and cleaning the area to get the girl of his dreams. While he will eventually go back to his family’s company, he’s currently putting his career and ambitions on hold for love.

Song Seung Joon (Kim Suk Hoon) of “Sparkling” is the editor-in-chief of a publishing company. At first glance, Song Seung Joon appears to be from a humble background. After his work at the publishing company, he would clock in hours at his family’s seemingly beat-up sundaeguk restaurant. However, it turns out that his mother is a shrewd successful loan shark. Song Seung Joon does his best to hide his background and chose a career path that could get him as far away from money dealing as possible. His passion for books, as well as disdain for money dealing, led him to become one of the best editors-in-chief in Korea. However, his mother demanded she decide who he marries in exchange for allowing him to choose his career.

Daily dramas “Pumpkin Flower Soonjung” and “Smile, Donghae’s” male protagonists are from wealthy backgrounds as well. “Pumkin Flower Soonjung’s” Min Soo (Jin Tae Hyun) is the successor of a well-known food company. In order to gain diverse experiences, he hides his identity and works as a vegetable delivery boy to local restaurants. “Smile, Donghae’s” Donghae (Ji Chang Wook) gives up his rights as the hotel’s successor to pursue his dream as a chef.

Gone are the days of kind and gentle chaebol men. These chivalrous men melted the hearts of fan girls everywhere with their suave attitudes and tender personality. On the other hand, the current male leads are snappy, arrogant, and mysophobic. The Korean jargon kkadonam, which means cold urban kinda guy in Korean – has paved the way to creating a new archetype for the perfect man.

“Secret Garden’s” Kim Joo Won is the epitome of kkadonam. He’s conceited, rude, and proud. These traits were formerly considered undesirable, but something about Kim Joo Won makes him completely irresistible.

New drama “Lie to Me” also stars a prickly male chaebol as its lead. Hyun Ki Joon (Kang Ji Hwan) is similar to Kim Joo Won. He too is very proud and arrogant, but he’s a tad funnier than the latter. While he stands with the society’s elite, his slight social awkwardness makes him an amusing character.

We’ll probably see more of these kkadonam chaebol characters before drama producers decide to revert back to the soft gentlemen of the late 1990s and early 2000s. What type do you like better – the gentle, caring, noble chaebol or the cold, blunt, and arrogant chaebol?