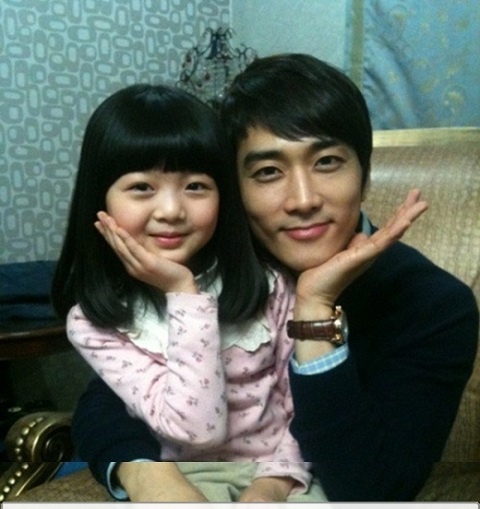 They may be young, but they’re super talented preteen rising stars and proven veterans in the acting field. It will be so exciting to see how these young, brilliant actors, who have the full potential to lead a bright and promising acting career, will mature into versatile actors and become household names.

Introducing ten bright and young rising stars who are ready to take over the acting empire with their super adorable looks, irresistible charms, and amazing acting skills!

Eight year old actor Wang Seok Hyun emerged as the rising star in the Korean film industry in 2008 for his eye-catching and irresistibly adorable performance in the movie “Speed Scandal.” This talented actor even had his own tv show, KBS’s “I Have an Uncle,” in which he was showcased alongside Lee Hwi Jae who appeared as the uncle. He has performed Rain’s “Rainism” multiple times on various tv shows and looks super cute each time! �de09

Prolific actor Park Ji Bin has always been beloved for his ultra adorable looks and mature acting skills! He has appeared in numerous dramas and movies so far such as  “Lee San,” “Queen Seonduk,” “Boys Over Flowers,” “Ice Kae Ki,” “Hello, Brother.” This gifted actor has starred alongside an impressive long list of top actors and actresses and is close with them, as you can tell from all of these photos taken together with them �de09

Nine year old actor Chun Bo Geun first starting garnering attention for his natural acting in a CF “Show of a Seven Year Old” for a telecommunications company in 2008. In this funny CF, his dad asks over the phone “If you become the president, what will you order (do) for me?“ expecting a sweet offer from his son. But too bad, Chun Bo Geun instead confidently shouts out “Tang Soo Yuk!” (sweet and sour chicken).

Since his debut, he has been raising his profile and showing off his impressive acting skills through brilliant performances in “Haeundae,” “Stars Falling From the Sky,” “Gloria,” “Hello Ghost.”
4. Kim Sae Ron (Born in 2000)
Eleven year old actress Kim Sae Ron started her acting career when she was nine years old through the movie “Traveler.” Her amazing performance in the movie “Ajusshi” alongside sizzling actor Won Bin as the girl he saves wowed everyone. Her outstanding performance in the movie even garnered her the Best New
Actress Award at the Korea Film Award—with the record of being the youngest winner! �de09
After starring in “Ajusshi,” she walked down the red carpet for all of the movie awards with Won Bin, holding hands together and warm-heartedly taking care of her like her dad, making a lot of girls jealous of her �de09
Most recently, she played a younger version of Hwang Jung Eum’s character in the drama “Do You Hear My Heart?”. She gained well-deserved recognition for delivering a brilliant performance once again, nearly out-acting her veteran cast-mates!
5. Suh Shin Ae (Born in 1998)

Thirteen year old actress Suh Shin Ae made all the viewers shed tears by giving an outstanding performance as a girl suffering from AIDS in MBC’s drama “Thank You” back in 2007. Despite her young age, she nearly out-acted her fellow cast mates who were older and more experienced actors with her incredibly captivating performance.

She has been expanding her acting spectrum by diversifying her roles. This gifted actress has enjoyed much popularity for her remarkable performance in the sitcom “High Kick Through The Roof” in 2009 and 2010.

Twelve year old actress Jin Ji Hee also appeared in the sitcom “High Kick Through The Roof” alongside Suh Shin Ae. She enjoyed immense popularity, creating a sensation for her rude, ill-mannered, tenacious, and non-stop yelling character Jung Hae Ri, better known as “Bbang Kku Ddong Kku,” a catchword that she always blurts out. This actress of brilliant maturity recently played her first lead role in the movie “The Cane” and has received rave reviews for her excellent performance.

Eight year old actress Ahn Suh Hyun started her acting career with the movie “Dating Marriage” in 2008. She has since starred in various movies such as “The Yellow Sea,” “Hon,” “Man of Vendetta,” and “The Housemaid.” Recently, she was beloved for playing the role of Suzy’s cute little sister in the drama “Dream High.”

Super duper adorable Jeon Min Suh enjoyed much love for her role as “Little Kim Tae Hee” in MBC’s “My Princess.” Song Seung Heon had posted before on his me2day, a cute photo of the two, along with the message, “I wish I could have a daughter like her later.”

This baby-doll-like actress also appeared in the movie “Speed Scandal” along with Wang Seok Hyun.