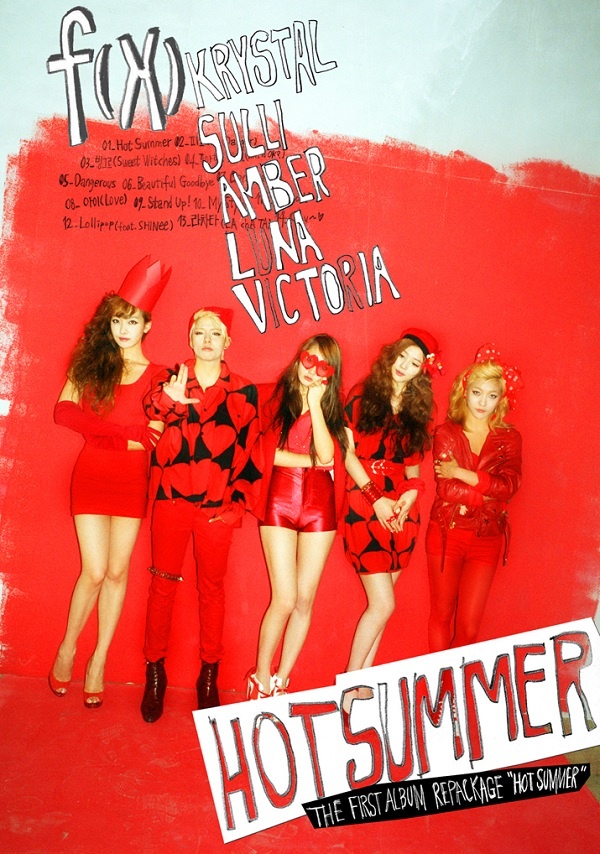 F(x) to Release “Hot Summer” Teaser Video on the 13th

f(x) is expected to garner much attention for releasing their new title song “Hot Summer’s” teaser video on the 13th on f(x)’s official website (http://fx.smtown.com) and YouTube SM Town (www.youtube.com/smtown).

“Hot Summer” is pop dance song that has a strong synthesizer sound and an impressive electronic beat to it. In their own unique and fun style, f(x) features ways to spend the hot summer in the song. It’s highly probably that the “Hot Summer” will be the next hit song this summer.

Also, the repackaged album will contain a total of 14 tracks of various music styles. The album will include previous 10 tracks from their first official album ‘Pinocchio’ as well as “Hot Summer,” “…Is It OK?” from the ‘Paradise Ranch’ OST, f(x)’s debut single “LA chA TA” and “Chu~♡.”

Meanwhile, f(x) repackaged album “Hot Summer” will be released both online and offline on the 14th.

f(x)
Hot Summer
Paradise Ranch
How does this article make you feel?