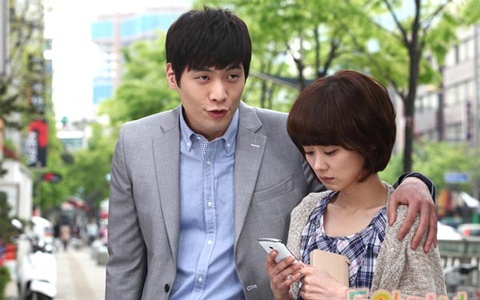 Baby-Faced Beauty has been performing well in its Monday-Tuesday hour, and now KBS has granted it a 2-episode extension, taking its episode total from a planned 18 to 20.

The Monday-Tuesday timeslot has been relatively close between the three shows, with Miss Ripley settling into second place and Lie To Me in third place, but Baby-Faced Beauty’s lead has been solid enough to merit the added episodes. (For the most recent episode, Baby held the lead with 15.5%, Ripley had a 13.7%, and Lie To Me a 10.1%.)

An executive at KBS stated, “The response to the drama is good, and there are places where the story can be woven together solidly, so we decided to extend it by two episodes. At the start, we’d planned for 18 but left the door open to bring it up to 20 if the reaction was good, so there won’t be any excessive dragging of the story.”

The drama aired its Episode 12 this week, which gives it plenty of time to work in the extension, and I have hopes that this won’t wreck the pacing of the show. Baby-Faced Beauty has done a good job of mixing episodic conflicts to balance out the bigger arcs, so I could easily see it going an extra week.

I’ve been faithfully watching the show (despite not having time to continue the recaps past Episodes 1-4), and have been enjoying it a lot. Especially as Daniel Choi’s character goes from immature man-child to smitten, helpful, and adoring hero. I LOVE when the guy goes out of his way to help the girl but doesn’t take credit for it, because he’s motivated by his care for her, not necessarily the need to announce his good deeds. AGH, he’s so cute, it hurts a little to see him hurt, though we can see that Jang Nara has been held back by her guilt over lying to him.

(Plus, there’s the adorable food motif of the jokbal (pig’s feet) — it comes in a close third after Dokko Jin’s potatoes and Mi Ho’s cow fixation — since Daniel Choi’s family owns a huge franchise that has made them wealthy. But he’s both embarrassed by it (jokbal is a humble food, at odds with his fashion job) and determined to declare financial independence from his parents, so he keeps it a secret, supposing that people would laugh at him for it. And then Jang Nara goes and declares her love of jokbal, telling him that her dream as a child was to marry a jokbal restaurant man. His reaction = the cutest thing ever.)

On top of that, we have the president played by Ryu Jin (whose former coolness now seems more like shy awkwardness), who’s just as adorable in his growing affection for our heroine. Kim Min Seo is treading familiar manipulative-second-lead waters, but I appreciate that her character seemed to at least try to be reasonable early on, before her jealousy got the better of her. Or maybe I have residual affection for her after being Cho Sun in Sungkyunkwan Scandal and the ill-fated ex in Bad Guy.

In any case, Baby-Faced Beauty is my heart-warming feel-good hour on Mondays and Tuesdays (Miss Ripley is interesting to contemplate from a cerebral point of view, while Lie To Me is equal parts cute and frustrating), so yay extension.

So: The finale will air on July 5, which means that its follow-up drama, Myung-wol the Spy, will be premiering on July 11 instead of the previously announced July 4.

A few extra stills, just ’cause: