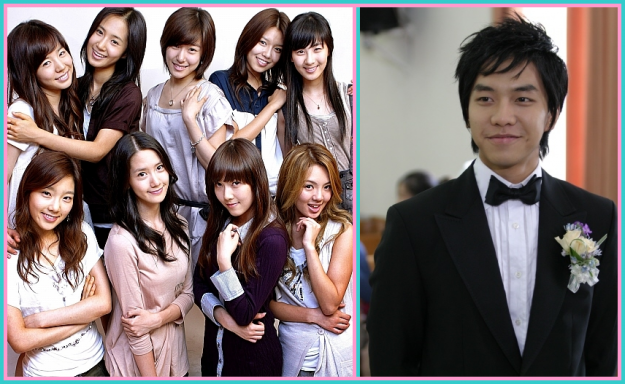 Who Are the Top 7 Male and Female CF Stars?

Commercials are everywhere; they are what make the world go round…the business world anyway. Everyone is familiar, or even annoyed, with commercials, or CFs as they are known in Korea. Though who doesn’t enjoy a great endorsement by their favorite celebrity? Once you have an endorsement deal, you definitely know you have made it.

A short time ago Daily Sports had put together a list of what they considered to be the top seven in the industry, compiled from the number of endorsed products in a span of eleven months, June 2010 all the way to May 2011. To be sure to put all the debating to rest on who indeed are the top CF stars in Korea currently. And the winners are…

7. Won Bin: “Although he isn’t seen often in dramas or movies, his handsome looks is still a favorite amongst advertisers. His looks are captivating enough to hold the attention of consumers with just one glance, so it’s no wonder why he’s so popular. A representative of the industry stated, “The popularity of ‘The Man from Nowhere’ really escalated his sexy image, so he’s a popular choice with female consumers.” Won Bin rounds out the list with a total of six CFs.”

6. Jo In Sung: “Though it’s been only a month since his discharge, he’s already on the rise to becoming one of the top stars of the advertising industry. Jo In Sung’s become the new face of various smartphone and beer brands, for a total of seven deals. He’s reportedly earned $4 million USD in just CF recordings alone.”

5. Hyun Bin: “Although he’s currently serving in the army, fans can still see him on the small screen. The success of “Secret Garden” earned him a total of eight endorsement deals, six of which were shot within the two months before his enlistment. MBC’s representative revealed, “When a drama hits jackpot, you can make an advertisement without the need for any other special storytelling. His popular phrases won’t be erased from the minds of consumers.””

4. Song Joong Ki: “Ever since ‘Sungkyunkwan Scandal’, this actor’s been on the rise and currently has a total of eight endorsements under his belt, ranging from cosmetics to cameras, pizzas, and laptops.”

3. 2PM: “Their beastly image certainly did wonders in breaking through to the advertisement market. With various drink CFs under their belt, they’ve tied with Big Bang for a total of 10 endorsements. They’ve even signed a two-year contract with one drink company. The secret behind their success is that all they need to do is go topless to achieve high sales.”

2. Big Bang: “From cell phones to cameras, beers, automobiles, and even ice cream, Big Bang is endorsing a total of 10 products thanks to their wide fan-base. The styles of each of the five members are also unique, so they’re able to portray a wider variety of images.”

Coming in at the number one spot goes to…

1. Lee Seung Gi: “First place goes to none other than Lee Seung Gi, who’s endorsed a total of 12 products this year. From cosmetics, fridges, and even banking, he’s got all of the best products under his belt. Thanks to his image transformation from the ‘nation’s little brother’ to a strong, independent man, he’s captured the hearts of industry representatives as an almighty entertainer and ‘CF King.’”

The following are the rankings for the girls:

7. Lee Na Young: Even after the ending of KBS’s ‘The Fugitive: Plan B’ she scored a new contract as an advertising star as all her ads were successful. Since 2002 she had formed a bond with a coffee brand. An official stated, “Her clean and youthful image is popular. The public’s perception of her has solidified as for a long time ‘iced coffee = Lee Na Young’.”

6. Hwang Jung Eum: Even with her departure from the show ‘We Got Married’ her account increased to 1 billion won. Not too long after she was offered a role on MBC’s “High Kick Through the Roof” where her CFs would play during and after the show. Cards, shoes, beverages, cosmetics, rice wine, etc. she truly has mastered the various areas of a CF. Hwang Jung Eum’s youthful charms, which fit the evaluation for endorsements, make her a perfect candidate for advertising products.

5. IU: Her advertising contracts were successful. Only the most popular stars endorsements include smartphones, chicken, distribution and TV game show CFs IU has appeared in them all. The singer, of course, seems to stand out from the crowd of entertainers and appeals to a variety of tastes. Along with her popularity amongst her faithful fans she is also a star loved by advertisers.

4. Shin Min Ah: Has recently participated in a CF for a new LG laptop alongside Song Joong Ki that has been a hot issue among netizens. A representative of the advertising agency had to say this about her, “Those who want to follow the ‘style icon’ said Shin Min Ah’s jeans ad were steadily popular amongst women.” Her advertising rates and offers continue to increase thanks to a perfect body that does not need to be airbrushed after shooting the star which she is famous for.

3. Kim Yuna: In just one year the ‘Figure Skating Fairy’ had participated in at total of ten different ads. Her popularity among the public has sure helped in the case of the challenge to preserve a recent state arts program. Her intellectual skills coupled with a clean image have grown. Yuna has appeared in CFs for a Tablet PC, air conditioners, milk, fabric softener, and sports apparel.

2. Lee Min Jung: With the Chamisul Fresh ads that won over the public. From cosmetics, cars, apartments, banks, she has appeared in a total of ten advertisements. She is equipped with a clean image as well as the sexual allure which appeals to a broad base of consumers including the family. Advertising officials state that “Few actors can match as many different kinds of ads like that of Lee Min Jung. She is the advertiser’s favorite model at the present time.”

And for the women, number one goes to…

1. SNSD: In advertising the girls didn’t follow the trend. Separately and together the members participated in a whopping thirteen different ads. Having a fan-base that covers the public from ten to fifty they are the ideal guest stars of all the ads referred to in public relations. No matter what the product, even if it is a health drink. In recent years, they have crossed over to Japan making it as stars, where their share in advertising has been increasing.

How do you as a fan feel about these rankings? Did your favorite groups or celebrities make the list?