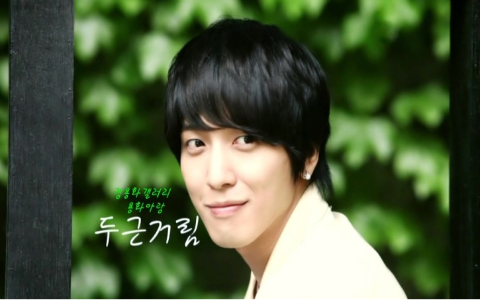 With still two weeks until its official premiere, “Heartstrings,” starring CNBlue’s Jung Yong Hwa and Park Shin Hye, received much attention from fans domestically and internationally. Devoted fans created various posters, fan arts, and previews using their imaginations while eagerly waiting for June 29th. These artworks have impressed both the production crew and fans with their sense of quality and dedication.

Hallyu stars Jung Yong Hwa and Park Shin Hye already have a huge fan base from their trendy drama “You’re Beautiful” in 2009 with actor Jang Geun Suk and FT Island’s Lee Hong Ki. The four were part of the fictional, yet highly popular boy band A.N. Jell. Many Shin Woo (Jung Yong Hwa) and Mi Nam’s (Park Shin Hye) avid fans were left feeling empty-handed as Mi Nam ended up with Hwang Tae Kyung (Jang Geun Suk). “Heartstrings” comes as a sweet consolation to those fans as they will finally see the two actors “made for each other.” For approximately two months, these two young actors will light up the small screen with their perfect on-screen chemistry once again.

The drama is full of young and beautiful cast; and they also include Song Chang Ui, So Yi Hyun, Woori, and fellow CNBlue member Kang Min Hyuk. “Heartstrings” is Kang Min Hyuk’s second try in acting. He impressed viewers with his ability to act in last year’s “It’s Okay, Daddy’s Girl” with actress Moon Chae Won of “Brilliant Legacy” (aka “Shining Inheritance”). In this upcoming drama, Kang Min Hyuk will play a member of Lee Shin’s (Jung Yong Hwa) band of pretty boy musicians, named the Stupid. During a recent interview, he stated, “I was able act more comfortably and naturally because my character and the context of the story are just like our CNBlue days.”

Melodrama “Heartstrings is about young love, friendships, and dreams. It’s a family friendly drama that can be enjoyed by viewers of any age. Additionally, it’s produced by hit maker Pyo Min So, the mastermind behind sensational dramas like “Full House,” (2004) starring Jung Ji Hoon (aka Rain) and Song Hye Gyo, “What Star Are You From,” (2006) starring Jung Ryeo Won and Kim Rae Won, and “The World They Live In (2008),” starring Hyun Bin and Song Hye Gyo. “Heartstrings” will premiere June 29th on MBC following “The Greatest Love.”

Below are some examples of fan created artworks that have awed both fans and the production company behind the highly anticipated drama!