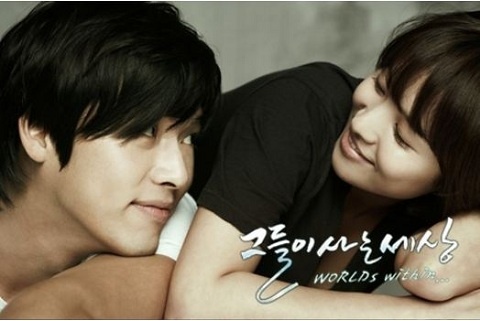 Three years ago, Hyun Bin and Song Hye Gyo filmed the drama “The World They Live In” (aka “Worlds Within”) that chronicled the lives of those behind the movie – in this case, television – magic. The drama is about the process of television drama productions and was directed by Pyo Min Soo, who’s currently working on “Heartstrings” with CNBlue’s Jung Yong Hwa and Park Shin Hye. However, it’s been recently revealed that these two actors have yet to receive their paycheck from the 2008 miniseries. YEG Productions, the company behind “The World They Live In,” still owes approximately $440K to its actors. Song Hye Gyo was supposed to be paid approximately $35,000 per episode. A significant portion of the company’s outstanding dues is owed to the actress.

On June 22nd, the COREA ENTERTAINMENT MANAGEMENT ASSOCIATION released an invoice statement of all outstanding dues owed to actors by various subcontracted production companies. Over thirty production companies still have not paid its actors, including YEG Productions for “The World They Live In” (2008), Union Entertainment for drama “Queen of Reversals” (2010), and Mirovision for movie “The Housemaid” (2010). According to the list, a total of approximately $2.2 million ($1.5 million from dramas and $700K from movies) have to be paid to actors since the latter half of 2010.

The association released a press release earlier today stating, “We will no longer allow actors work with any production companies that have outstanding dues.”

“The World They Live In” Trailer

“The World They Live In” MV by Sung Si Kyung