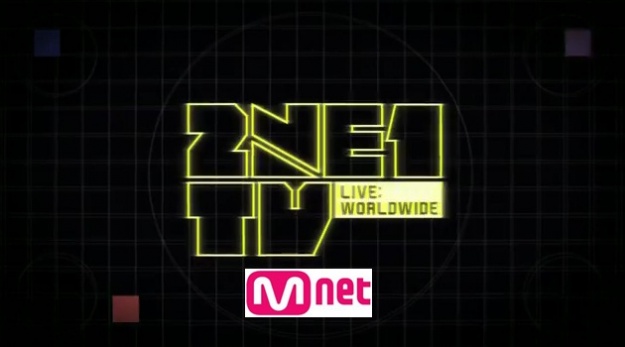 Yes, it is true. You may have heard the rumors but below is the official press release of the great news. 2NE1 will be hitting the airwaves through MNET with their hit reality show 2NE1tv LIVE: WORLDWIDE. Get all the information and details in the mentioned press release on behalf of MNET USA.

LOS ANGELES, CA – June 30, 2011 – Hit reality series 2NE1tv LIVE: WORLDWIDE – starring the phenomenal K-pop girl band 2NE1 (pronounced “twenty-one”) – is coming to the U.S. with the new season’s world premiere on Mnet (www.mnet.com). The leading 24/7 English-language network in the U.S. devoted to Asian pop culture will air the series, which follows the four members of the group as they live together while recording a new record, each Sunday night in primetime, beginning with the world premiere on July 17 at 8pm ET/PT, with an encore presentation the following Saturday (July 23) at 8pm ET/PT. The series will air for a total of ten weeks with over twenty half hour episodes.

“The K-pop music genre is a major force on the global music scene, and 2NE1 is one of the biggest groups today, having skyrocketed to the top of the charts in their home country of Korea and around the world. Their future looks even brighter as they are releasing their new album this summer and are currently recording their next single with will-i-am.” said Adam Ware, Mnet’s acting President and CEO. “Fans from across the globe are eagerly looking forward to the new album and we are thrilled, as the U.S. leader in K-pop music, to broadcast the world premiere of the 2NE1tv LIVE: WORLDWIDE television series to American audiences first.”

2NE1tv LIVE: WORLDWIDE follows CL, Bom, Dara and Minzy of the K-pop girl group, 2NE1, which in the two years since its debut, has been recognized as tastemakers in Korea’s fashion, music and style scenes. 2NE1tv LIVE: WORLDWIDE will show the unique and individual characters of each of the four members, highlighting their growth as artists and individuals, along with the intricacies of the relationships between the girls. The program will also feature album producer Teddy, Big Bang (T.O.P, GD, Taeyang, Daesung, Victory) and South Korean music influencer Yang Hyun-Seok (aka YG). The series is shot across the globe, including the U.S. and Korea, going behind the scenes as the band records its new album, set to be released this summer.

2NE1 (http://www.youtube.com/2NE1), formed in 2009 by YG Entertainment, exploded onto the Korean music scene when their song “Lollipop” was featured in an LG commercial. Six of their songs, including their debut single “Fire,” have hit number one in South Korea and the music video of “Fire” has over 21,000,000 views on Youtube. Their latest single, “I Am the Best,” released this month, quickly skyrocketed to the top of the music charts in Korea. They have received more than 30 awards, including Best Dance and Electronic Album at the 2011 Korean Music Awards, the 2010 Album of the Year at the Melon Music Awards and eight Mnet Asian Music Awards (MAMA) in various categories. The group is also a five-time nominee at the Golden Disk Awards.

2NE1
Mnet
How does this article make you feel?