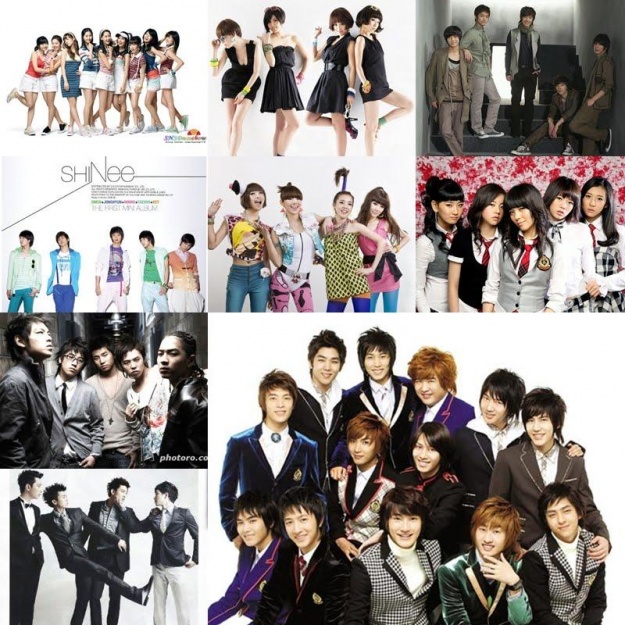 K-Pop in South America. Why so Famous?

We have all read plenty of articles saying that K-Pop might not have a huge success in North America because of the looks and the clean image the K-Pop artists have, but what about South America?

K-Pop nowadays has been gaining thousands of followers and South American fans have been claiming and asking to their local stations to play K-Pop videos on their musical programs and promoting K-Pop locally as well. Why K-Pop is growing so fast in South America and what are the reasons behind this K-Pop wave and craziness?

First of all, the Asian culture started flowing in American countries all thanks to the Anime and Manga coming from Japan. To mention classic anime such as: Dragon Ball Z, Inuyasha, Samurai X, Sakura Card Captor, Sailor Moon. All these anime, opened up the gate to the Asian Culture into the American and we all grew up influenced by some kind of anime and they mean something in our lives.

After that, once American people got to know the Asian culture, people interested more to know about Asian culture, first the main focus was Japan with J-pop and J-rock but then, there was a wave getting ready to hit the Americans and to take them into it forever. The Hallyu wave, coming from South Korea, started getting stronger and stronger everyday and it gained followers really fast because of the difference it has with normal Latin American soup operas. Nowadays, there’s tons of subbing teams which are in charge of translating the K-dramas into their mother language, they offer a non-profit service for the ones who cannot speak neither English nor Korean and is such the love they feel for these K-dramas and their actors, that the Korean-English subbers have the English subs ready on the same day that the Episode broadcasts so there’s plenty of chance to see a subbed episode on the same day it airs in Korea.

Thanks to the influence of the Hallyu wave, K-Pop made its big entrance and it seems that K-Pop is here to stay for a very long time. We have seen many flash mobs going on around this year and K-Pop fans asking to their artists to come on a world tour and visit their countries.

But why, why has K-Pop influenced so much and has gained so many followers so fast? Why is K-Pop so special?

K-Pop artists are loved by their image and strong presence on stage. Their music is catchy and really different from normal North American pop, the choreographies and the hard-to-learn dances. The charm of the girls and the attractiveness of the boys, those are the special and main reasons chosen as the strongest in K-Pop.

According to a survey made by the International Korean Foundation of Cultural Exchange, Brazilian people were asked to choose the TOP 10 Korean groups leading in South America. Among the winners we have Super Junior with 2137 votes, followed by SHINee with 1507 votes, in third place, BIGBANG with 1471 votes, BoA with 1351 votes, SNSD with 1310, 2NE1 with 1090, 2PM with 1027, 4Minute with 78, f(x) with 959 and Wonder Girls with 887 votes respectively.

Recently, statistics conducted by Youtube and Korean Network Studies have shown that Super Junior, 2NE1 and BIGBANG have the most watched videos on Youtube, all that information, coming from South American countries such a Brazil, Argentina, Chile, Peru, Colombia and Mexico, and also, these are the main K-Pop groups asked to come to South America in a world tour.

What’s behind this big success and why is Brazil having so many K-Pop followers in South America?.

Brazil is the number one country with multiethnic cultures in the world. It has Japanese, Chinese and Korean descendents amongst its people so that’s why part of the Korean culture is loved by the Brazilian people. Also to mention the admiration they feel towards the hard working K-Pop idols, the strong visual of their videos, the choreographies and of course the image of the artists.

The number one female group in Brazil is 2NE1. The girls are loved because their music is something fresh, is not something pre-elaborated and is not the same sound you tend to hear coming from the North. It has a unique vibe and is something new, this, combined with their Asian beauty, the strong music, the choreography and how fashionable they are, their potential and charm and how they put their feelings into the song, has made them gain huge fan base in Brazil.

As we can see on Youtube, the statistics graphic for the latest music video of the girls “I am the Best”. Reaching 5 million views within just a week since it was released shows that the girls are being watched all around the world. Viewers from all Latin America countries have been watching them. That’s why Latin American fans are celebrating, because this is a huge success to the girls and to the fan base in South America. Maybe we can expect some YG FAMILY concert in South America, right?

The green on top being the most watched and the green at the botton, the less watched.

Also, as some Latin fans can affirm, this year has been the year of the Flash Mobs and K-Pop contests. The Korean Embassies in South American countries are aware of this huge success in K-Pop history and they have been preparing some contests for the Latin fans. We can see dancing contests organized in Argentina in which the winners will get as a prize, a trip to Korea, all this organized by the International Korean Foundation of Cultural Exchange.

Chile has also a huge Korean population and is one of the reasons why the Korean culture has been introduced to the country. There we can find Korean stores full with K-Pop goodies to satisfy the hunger of the fans for posters, cds and even t-shirts of their favorite artists.

On the other hand, Chile has a very own group whom named themselves the “Blue Boys” and thanks to their efforts, imitations and extremely look-a-like with Super Junior’s members, these boys introduced K-Pop music into their country. They gained more than 19,000 fans on Facebook and the recognition of Super Junior members themselves.

Separately, Peruvian fans organized a flash mob these past months stating “We want a SM TOWN in Peru” and it seems that their efforts have been recognized because SM Entertainment made a statement regarding the Peruvian Flash mobs news flooding up search engines online. SM Entertainment declared: “We were so touched by and thankful of the warm support of Peruvian fans from across the world. We hope there will be a chance to perform in South America and meet the fans.” So let’s hope that their dream of having an SM Town in their country becomes true.

Mexican fans also made it to the voting after trying hard to make it happen. And not just that, Mexican fans made it big after promoting K-Pop in their local TV stations and it was a huge accomplishment when their voices were heard by the TV Azteca’s program Venga la Alegría and their 90 segundos segment which consists of 90 seconds with short clips of a certain group. The first group that made it to the 90 seconds segment was BIGBANG.

Then, the 90 second segment started introducing weekly, K-Pop groups with a short speech of the members and videos.

And Super Junior (the first seconds include images of SHINee)

But it wasn’t just Mexico that made it big. Colombia also had this K-Pop explosion introduced into their local TV Stations with videos and short descriptions of groups and their styles.

And not just Colombia. Since this K-Pop craziness started, it became a huge boom everywhere!. We also have Panama and their music channel +23. The music program Banzai, which introduces 1 hour of K-Pop, J-Pop and J-Rock music.

It seems that the K-Pop fan base is present in every country all around in South America and it makes us happy and proud to see how close the fan bases are to each other, they all gather forces, promote their favorite artists and their efforts obtain huge responses from their artists. Let hope that some day we get to see K-Pop artists in South America or better, to invade the world!