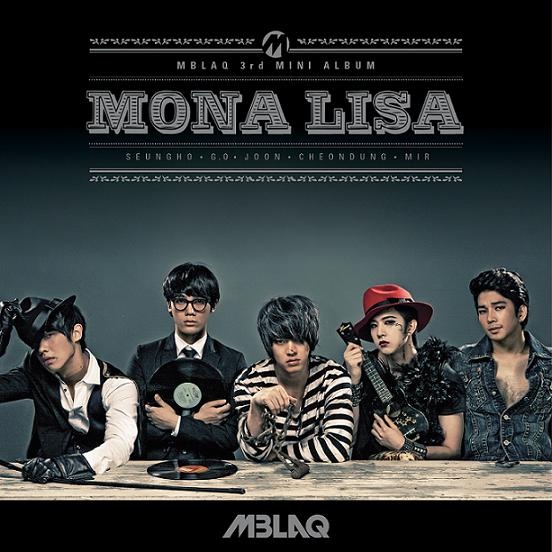 Chic idol group, MBLAQ returns this summer with their third mini album, “Mona Lisa” with an upgraded image. The title track is of the same same and is an electronic dance number with Spanish sounds. The song is about the difficulties in getting a certain girl, thus giving her a mysterious vibe like the famous Mona Lisa. MBLAQ is expected to show new styles and charms through this new album.

2011’s top precious idols, ZE:A returns with a refreshing summer story in time for the season. This month, the boys return with a special single, “Exciting” which consists of four songs, with the title track being “Watch Out”. Through this song, fans can hear upgraded vocals from the main vocalists, Kim Dong Jun, Park Hyung Sik, and Kevin. A cute choreography about going on vacation on an airplane can also be seen. “Watch Out” has addictive melodies as well as lively rhythms filled with style.

Sexy diva, Lyn makes a comeback with part one of her upcoming seventh album, “Metro Sexy” this summer. The album is filled with songs of various genres different from her usual style, showing a more mature side of the singer. The title track is “Me Myself”, an urban R&B number with brass sounds and arrangements made by real instruments. Lyn’s charming vocals is expected to bring out her chic image. Also included the album are “Love Me For Me”, one of Lyn’s favorites in the album as well as “Make It Rock”, a powerful R&B dance number.

MBLAQ’s G.O releases a new single, “Even In My Dreams” which was composed and penned by the talented artists himself. It is an R&B number about wanting to go back to a past lover even if it’s through one’s dreams. Fans will surely fall in love with G.O’s soft vocals.

Monday Kiz and Gavy NJ meet once again in time for part two of the Soul Train project series. The title track is “Bing Bing Bing”, an emotional medium-tempo number about not being able to forget a past lover. Listeners are able to hear the tale from both female and male perspectives. Korea’s top composer, Min Myung Ki who has also written songs for SG Wannabe, KCM, and Wax, is responsible for creating this song.

HITT – Here Is The Top (released)

Rookie group, HITT who has already garnered the interest of many, debuts this month with its first album, “Here is the Top”. For those who are unaware, this new band consists of leader Ha Yong, lead vocalist Jun Taek, bright vocals Hyun Jun, the youngest member Ho Won, soft and charming vocals Woo Rim, and rap maker Jae Hun. Together, the six members are expected to turn the K-pop world upside-down through music and visuals. The title track is “Good Night”, a contemporary R&B number with electronic rhythms.