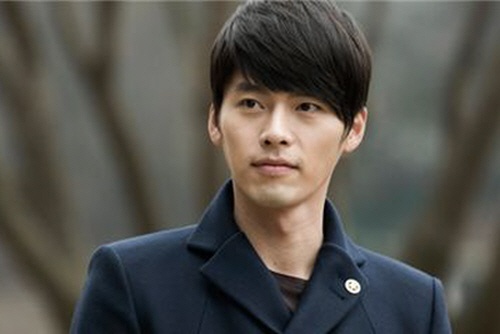 Photos of Hyun Bin’s upcoming book, “I’m a Marine,” were released today. The star actor’s quotes are printed next to each photo, giving a look into his personal thoughts during enlistment. In the first photo he says, “I want to discover a different side of me while in the Marines. Not the well-known actor Hyun Bin, nor the hard-working, humane Kim Tae Pyung (his real name), but I want to find the person inside of me that I haven’t found out yet.”

He’s also quoted as saying, “I worked really hard and did my absolute best. And finally, I earned the red name tag. After putting on the red tag on the right side of my chest, I felt this pride and fire coming from my heart.”

Also, “To me, the 1 year 9 months here is very important. I want to push the limits and find out how far I could go physically and mentally. That’s why I joined the Marines.” “As I do quite well here and do my best at trainings, my colleagues have started to ask me for advice. I don’t know about everything either, so I just tell them, ‘Guys, it’s my first time in the Marines too!”

Hyun Bin joined the Korean Marines last March, and is currently stationed in the Baengnyeong Island on the western end of Korea. “I’m a Marine” is a photo essay featuring eight Korean marines who talk about their six-week training period and life as a Marine. The book is currently on pre-order sales through YES24 and will be released on August 8th.