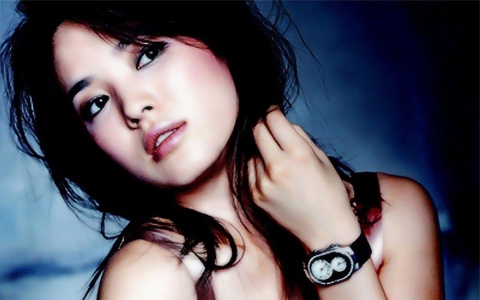 “Today,” a movie starring famously beautiful Song Hye Kyo (“Full House,” “The World They Live In”), has delayed its release to the big screen.

This is Song Hye Kyo’s first movie since her much-publicized split from her love of almost two years, actor Hyun Bin (“Secret Garden,” “The World They Live In”). The two actors announced their split merely hours after he started his mandatory army duty on March 7, with both parties stating that it was a mutual decision, that they have the utmost respect for one another, that they’ll remain as friends… blah blah blah… and HOORAY! I mean, considering: Is it fair for one woman to have a claim on Hyun Bin? I’m pretty sure we can agree on the answer to that.

The movie was originally scheduled to open in May, and per the norm, press releases and interviews were scheduled to coincide with the release of the movie. Perhaps Song Hye Kyo realized she couldn’t possibly fit all the interviews and press events into her endorsement-packed schedule? (I don’t even live in Korea, yet I see her face everywhere, advertising everything.)

Officials from the movie announced on “Star Today” that they are currently working on the music score, computer graphics and completing the final details for the movie, and projecting a fall release. The movie is about a documentary director played by Song Hye Kyo, who loses her fiancé. (It wouldn’t be a Korean movie without some crying, would it?)

“Today” is Song Hye Kyo’s return to the silver screen since her 2007 movie “Hwang Jin Yi.” The actress claims that “Today” has been the turning point of her career as an actress, and wishes for the fans to love the movie as much as she does. The movie is now aiming for an October premiere.

Hyun Bin
Song Hye Kyo
The World They Live In
Hwang Jin Yi (movie)
How does this article make you feel?