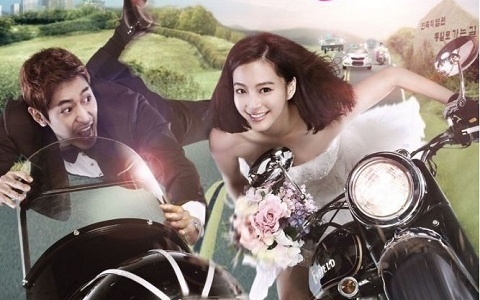 As of today there is talk surrounding the replacement of the KBS drama “Spy Myung Wol”’s lead actress Han Ye Seul.

On June 15th, according to media reports a “Spy Myung Wol” official stated, “An emergency meeting was to be held between KBS and the studio, in regards to the situation of lead actress Han. Steps towards replacing the actress have already begun.”

KBS2TV drama “Spy Myung Wol”’s lead actress, Han Ye Seul, is said to be making an unexpected departure. Recent reports revealed that Han denied claims that her latest absence was due to her health condition, but instead was attributed to her disagreements with the drama’s PD Hwang In Hyuk. When the bickering continued and intensified between the two, Han had filed a request for the PD to be fired.

Instead of switching PD Hwang In Hyuk, KBS chose to hire an additional PD, Kim Young Kyun. This move further frustrated Han Ye Seul, enough so that she refused to show up for filming entirely. The official confirmed these claims by saying, “Han Ye Seul had asked for the PD to be changed, and then did not show up for the scheduled filming on August 14th.”

In the meantime “Spy Myung Wol” aired a special ‘clip reel’ episode on the 15th due to the lack of footage. It had been stated that if Han had failed to show up again today that the August 16th episode would be canceled and from there action would be taken regarding the future of the drama.

As of now the substitute for Han Ye Seul in “Spy Myung Wol” hasn’t yet been revealed.

The official commented further on the matter, “As soon as possible, a successor is expected to be brought in. Plans are set to resume shooting at the earliest opportunity. On the 16th broadcast will begin airing normally, the cast and crew will do their best.”

As for Han Ye Seul’s whereabouts, she had been spotted accompanied by a man at the Incheon International Airport where she boarded a plane to the US under her English name “Leslie Han Kim”. Her motives for leaving Korea and traveling back to Los Angeles are a mystery, though it is where her mother and family live.

There are now reports coming out that hint at her true motive for her leave. What could have caused her to prematurely end her run on the KBS drama and return to the US? Rumors of the actress dating an entrepreneur in his late thirties have been confirmed. The two had been secretly dating for months with the intent to marry. Due to the fact that Han Ye Seul is a well-known actress the couple preferred to stay out of the public’s eye. A fellow cast member of Han Ye Seul, who wanted to remain anonymous, shared, “Multiple times I had heard Han Ye Seul say, ‘I plan on getting married in the US once I’ve completed the drama.’” A second actor/actress also revealed that Han’s marriage was impending, “She has a liberal personality because of that she is very open when expressing her emotions…she never hid her relationship or plans for marriage from me.”

More information will be added as it becomes avalible.