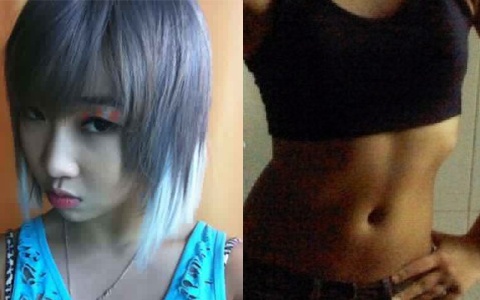 On August 18th Gong Minzy of popular group 2NE1 posted a photo showing off her perfect abdomen with the caption, “I CAN DO IT!!! TRY AGAIN!!” causing mixed reaction with netizens.

There are those who support her abs being the focus of the image. Those in favor of the photo feel that it is remarkable a girl so young could be incredibly strong and fit and should be proud of her physique as an “athletic star” and should stand tall. While others disagree, feeling that it is too risqué for a seventeen-year-old girl to be posting such photos, along with the worry that having such extreme views of body image and conducting strenuous workouts could be damaging to a young girl who is still developing mentally as well as physically.

Netizens expressed their various opinions by saying, “What do you mean a body like that at a young age?”, “Can tell her resilience overflows.”, “Are you this way because of dance practice? There is a reason for it, you’re a good dancer.”, “Amazing.”

Male or female idols having well-toned abdominal muscles is nothing new, yet Minzy’s abs are a deviation as she has caused the public to be split on the issue. In her promotions for “Bubble Pop,” HyunA revealed her copper toned abdominal muscles, yet in performances she had covered up. On the other hand f(x)‘s Krystal is close in age to 2NE1’s maknae and has yet to show the same amount of skin.

2NE1
abs
Minzy
twitter
How does this article make you feel?