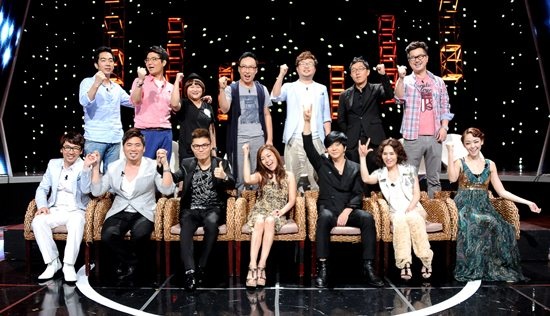 "I Am A Singer" Concert Confirmed for Australia

The Australian concert for popular MBC variety show “I Am A Singer” has been confirmed. This concert is an event celebrating the 50th anniversary of diplomatic relations between Korea and Australia and will be a FREE EVENT.

According to “I Am A Singer”‘s Shin Jung Soo PD, the concert will be held on the October 12, 2011 at the Arts Centre’s Sidney Myer Music Bowl in Melbourne. The concert was previously scheduled for October 20 but has been moved forward to the 12th and the venue has also been changed from the Melbourne Town Hall to the Arts Centre. The new venue provides 2100 fixed seats and can seat up to 13200 people.

The line up for the concert has not been confirmed yet but besides the singers who are currently on the show – Insooni, Kim Jo Han, Jang Hye Jin, Jaurim, Jo Kwan Woo, Yoo Min Soo, Bobby Kim; production is also negotiating with singers who have already left the show such as Kim Bum Soo, Park Jung Hyun, Yoo Do Hyun, Baek Ji Young, Kim Gun Mo, Jung Yeob and so on.