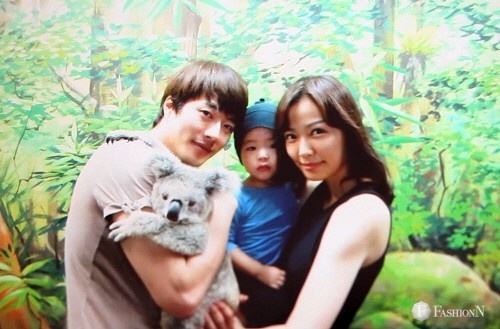 Son Tae Young was featured in an episode of FashionN‘s “Actresses’ House Season 2“, which is set to air on September 2. The show features the behind the scenes of her married life. A picture of her baby son, Rook Hee, along with her hunk of a husband Kwon Sang Woo, was discovered. The three make such a lovely family, don’t they? Look at how adorable that baby is! With parents who are that gorgeous, it’s no wonder where Rook Hee inherited his looks.

Son Tae Young compiled a photo album with pictures of her and Kwon Sang Woo from before they were married to all the pictures that they have taken together until now.

MC Yoon Ji Min and Oh Jae Hyung have admitted their envy of the lovely family. Who wouldn’t be jealous? Their photos are Kodak moments!