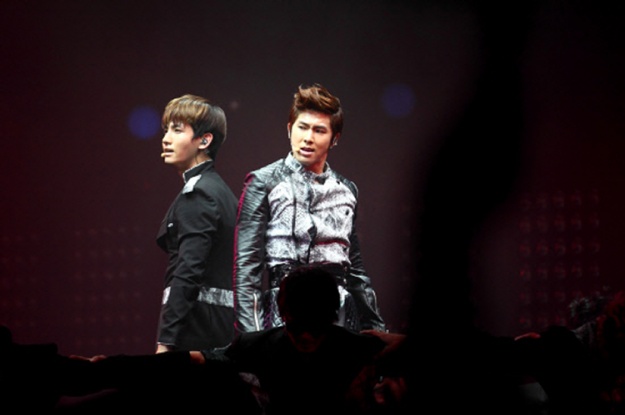 DBSK and Kara have been taking over the music charts in Japan. DBSK’s upcoming album “TONE,” is set for release on September 28 and the excitement for it is evident in the charts.

“TONE” has already ranked in first and second on the HMV Japan overall charts. Last August 28, the album was already on the fifth spot in Tower Record’s online reservation rankings and in tenth place on the mu-mo charts last August 30. The album will include two previous tracks, “Why” and “Superstar.” The album will have 13 songs in total, one of the new songs included is “Back to Tomorrow.”

Alongside this, Kara’s “Go Go Summer” ringtone was certified platinum. Aside from that, their third album “Step” has landed the 29th spot on Tower Record’s reservation chart. These rankings prove that K-Pop is going strong in Japan.

“TONE” will be DBSK’s first Japanese album released since their last album, “The Secret Code,” two and a half years ago. DBSK will also be joining the roster of artists in the “SM Town Live in Japan” concert on September 4 at Tokyo Dome. Kara, on the other hand, will be making a comeback on September 6 with their album, “Step.”