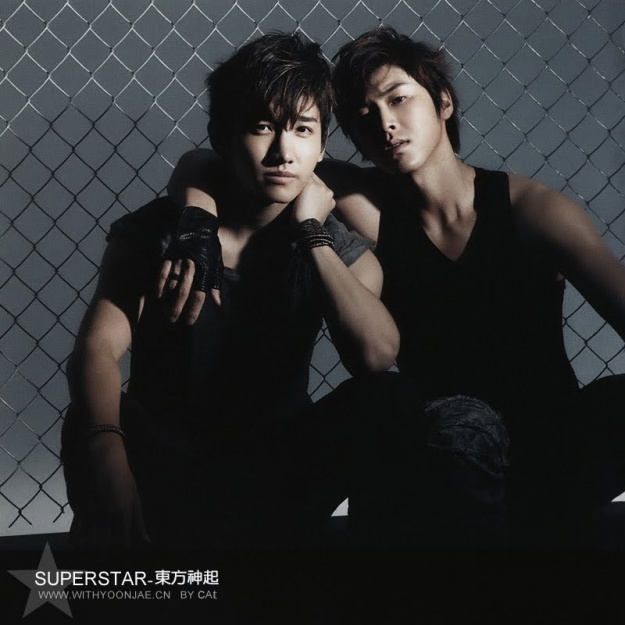 Set for release this month, the covers for all three versions of DBSK‘s upcoming Japanese album, “TONE,” have been revealed via their official website.

The bright, neon colors of the covers represent the meaning of the title “TONE,” which is associated with tones of both music and color. The duo wished to produce an album that displays “a variety of images and colors depending on the listeners.” Each of the three colors represent different feelings – blue for “static.” red for “passionate,” and yellow for “dynamic,” and feature the duo with various expressions.

Yunho has also recently stated in an interview with SANSPO.com that “we challenged various types of music that suit for Tohoshinki, from grand ballads to rock and rap,” again reflecting the different faces of the album. Fans can now also preview several tracks from the album on the band’s official website.

Set for release on September 28, “TONE” is DBSK’s first Japanese studio album since 2009’s “The Secret Code,” and their first since activities in Japan were suspended last year. To promote the album, a nationwide arena tour will also be held ealy next year, with a total of 14 dates in 9 different cities in Japan.

Changmin
Yunho
How does this article make you feel?